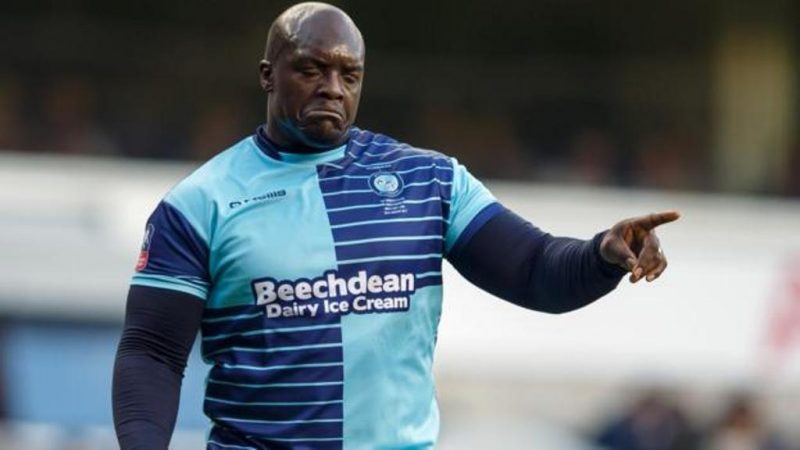 Wycombe Wanderers manager Gareth Ainsworth has heaped praise on Adebayo Akinfenwa for his display against Exeter on Saturday, despite the striker missing a number of excellent chances.

The Chairboys’ clash with the joint-top Grecians ended goalless at Adams Park, with the usually sure-footed Akinfenwa missing a trio of presentable opportunities.

Despite that, the 35-year-old produced an impactful display, constantly harrying the Exeter defence and generally making life difficult for Paul Tisdale’s side.

And Ainsworth was adamant that he was happy with his striker’s performance: “Missing chances happens. If a right-back has a bad day you don’t seem to notice but with centre forwards you do,” he told Bucks Free Press.

“Bayo has been fantastic. The chances he creates for us, and scores, is special and we can’t rely on him to score hat-tricks every game.

“Other people have to pitch in, and they have done this season. At this moment in time everyone is expecting the net to ripple so much and our fans expect us to score.

“I thought a couple of crosses sent in to him were flashed across. They were more difficult than it seemed but he will be back and I am sure his name will be in the paper again very soon because he is a fantastic player to have around and we couldn’t be without him.”

The Chairboys will take on Carlisle at Brunton Park tomorrow night, with all concerned hoping that Akinfenwa has rediscovered his scoring boots by then.