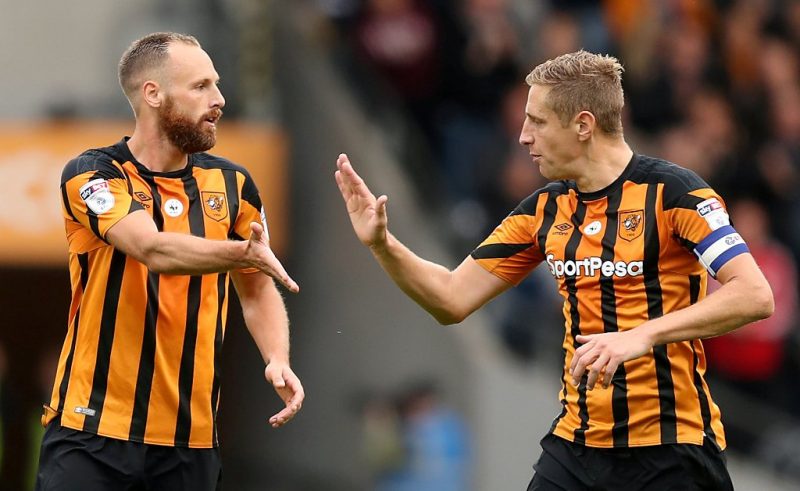 Fresh from helping secure the Republic of Ireland’s place in the World Cup play-offs, midfielder David Meyler has fired a warning to Hull City’s championship rivals.

The Irishman is confident that the club has turned a corner following its relegation from the Premier League last season, with the team clicking into gear in their 6-1 thrashing of Birmingham last time out.

Meyler, the Tigers’ longest-serving player, converted a penalty in that game, and the 28-year-old feels sure that a run of victories is heading to the KCOM Stadium soon.

“A few people have looked at themselves in the last few weeks,” he told The Hull Daily Mail, “I’ve done it, I’ve asked myself if I’m doing enough. Against Birmingham we hit the standards that we want to be hitting and need to be hitting.

“It’s not the manager. He can only pick an XI and then it’s up to the players to produce.

“You saw the fifth goal [against Birmingham] – that’s probably one of the best goals you’ll see in the Championship. If it was in the Premier League it’d be goal of the month or goal of the year.”

Despite the raft of talent at manager Leonid Slutsky’s disposal, Hull’s tricky start has them 17th in the second tier table – but Meyler isn’t worried.

“We’ve got players who have played high-end football for a long time but we need to show the young fellas the way. If this is the level you’re at, we need to get them to hit their maximum peak.”

The Tigers will be hoping to build on that thumping of Birmingham when they travel to face Norwich City at Carrow Road on Saturday.