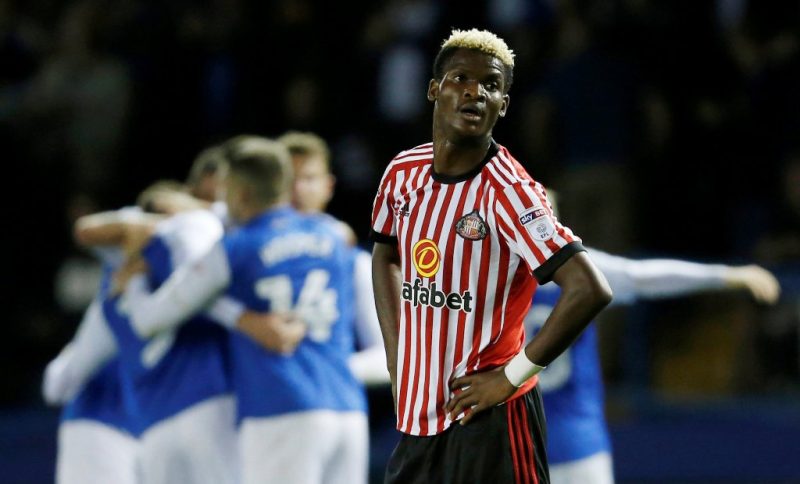 Sunderland are reportedly willing to listen to offers in January for their big-name trio Lamine Kone, Jack Rodwell and Didier Ndong, if Ellis Short hasn’t sold the club by then.

Black Cats owner Short has been attempting to sell the club for some time, and despite pulling out of a deal with a German consortium in the summer, the American remains keen to offload his 100% stake in the North East outfit.

Short is said to be resigned to the fact that he will not receive the asking price he was looking for in the summer, with the club’s current struggles on the pitch doing little to help its value.

If no deal is agreed upon by the end of the year, and with no bids currently on the table, Short will instruct chief executive Martin Bain to reduce the club’s debt levels through player sales.

Headlining the list of player’s who could be sold to accommodate Short’s wishes are Kone, Rodwell and Ndong, who have all struggled to replicate the form they’ve shown in the past.

Ndong remains Sunderland’s record signing, brought to the club from French club Lorient for £13.6m last year, while Kone was the subject of bids this summer but has been lacklustre at best so far this season.

Rodwell is one of the great disappointments of English football, with his £10m move to Wearside in 2014 expected to revive his career but having done no such thing.

Indeed, he has struggled for football this term and it was even reported recently that the player was attempting to move to centre-back to save his wayward Black Cats career.

All three would likely take significant chunks off the club’s wage bill, and perhaps make Sunderland a more palatable investment for any potential new owners.