Exeter will ‘be up there this season’ says Wycombe’s Ainsworth 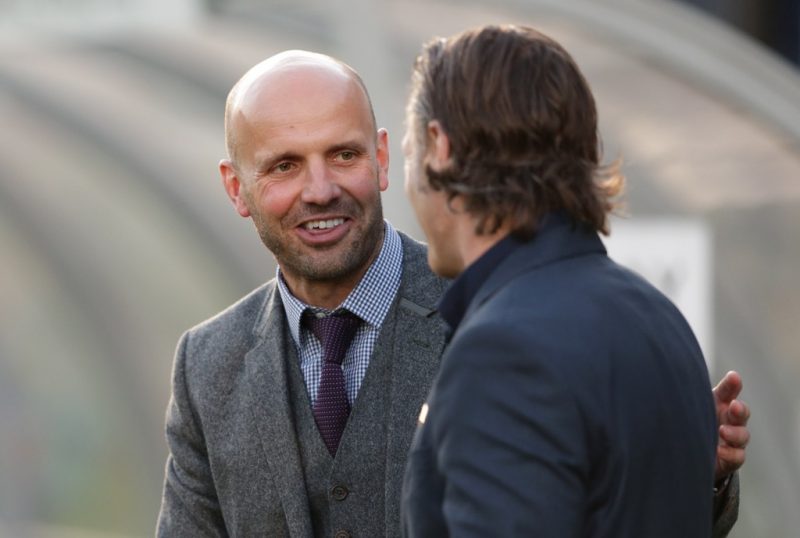 Wycombe Wanderers manager Gareth Ainsworth is fully aware of the difficulty of his side’s task this weekend, as he professes to thinking that their opponent’s Exeter will be vying for promotion this season.

The Grecians have had a phenomenal start to the season, moving back to the top of the League Two table with Saturday’s 1-0 win at Carlisle.

And while Ainsworth’s Chairboys side are just four points behind them in fourth after their 3-1 victory at Cambridge, the 44-year-old is preparing for a stern examination at the hands of Paul Tisdale’s team this weekend.

“We’re loving every minute, but feet are firmly on the floor. I have always said that from day one, and with Exeter next we will look to get prepared for that one,” he said.

“Our home form has started to kick on now after a patchy start, but Exeter are proving that they are going to be up there this season so it will be another tough game for us.”

The Wycombe boss also spoke about his pride over his own side’s good form, saying: “We have times in game where we are really on top of teams and recently we have taken our chances.

“I am immensely proud to be the top scorers in the country at the moment, and to have that is brilliant.”

The two teams comes together at Adams Park this Saturday, with Exeter looking to remain top of the League Two pile and the Chairboys aiming to jump as high as second with a win.