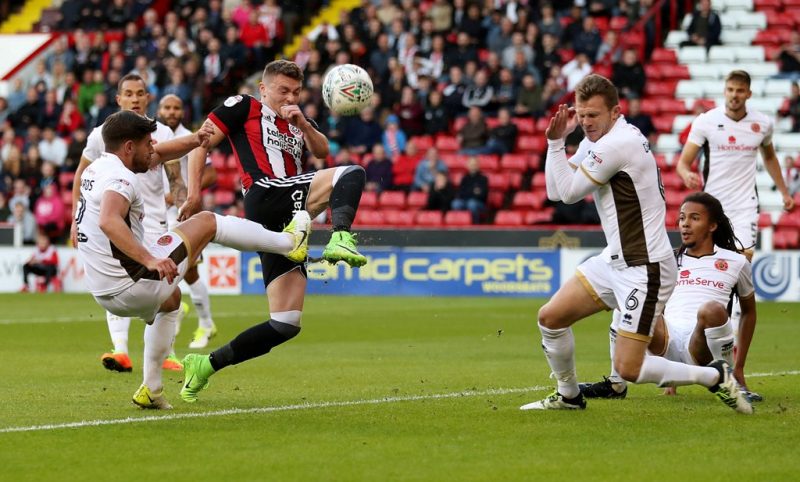 On the face of it, a Walsall side sitting 16th in the League One table and coming off back-to-back defeats in all competitions are unlikely to hand leaders Shrewsbury Town their first defeat of the season.

But Saddlers midfielder Joe Edwards is confident that his team can be the ones to burst Salop’s bubble, with the two sides facing off at Banks’s Stadium this Saturday.

Jon Whitney’s men have won eight and drawn two of their past 12 games against Shrewsbury, and former Yeovil man Edwards is hopeful that positive recent record will continue despite all the odds this weekend.

“I’m really looking forward to it, and seeing as they have started so well it’s up to us to take them off their pedestal and I don’t think there’s a better place to have it than at the Banks’s Stadium,” he told the Birmingham Mail.

“So we have to look at the positives – they are coming to our stadium, where we have been really good and it will be a great atmosphere which I’m sure we will thrive on.

“They are where you always want to be, at the top. You want to be looking down on teams, but it’s a chance for us to take them down a peg or two and prove how good we can be.”

The Saddlers are unbeaten at home in the league this season, and they will be desperate for that run to continue against their in-form rivals.