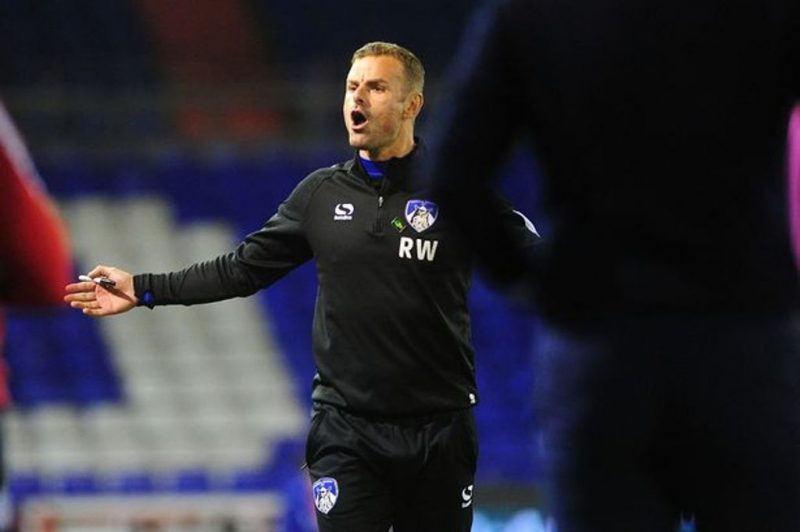 Oldham Athletic interim manager Richie Wellens has thrown his hat in the ring to become the next permanent boss at Boundary Park.

The 37-year-old, who had two spells at the club as a player, has been in charge of affairs since John Sheridan was sacked on 25 September.

Prior to that he had been working at Oldham as a first team coach, but he now feels he is ready to lead the team full time, with the Latics having won both their games under his charge.

“If they give me the job, brilliant. If not, I need to be working in football as that’s what I’m about,” he told BBC Radio 5 Live.

“I’ve said yes,” he replied when asked if he wanted the position. “I don’t want to be out of the game, I want to be at the club. I belong in a football environment, it’s been my life.

“The club has been in League One for 21 years. The last time we got in the play-offs was when I was a player.

“Each year we fight relegation, we defend our box, we kick it out, we nick a goal, we hold on and stay up. When I was at Doncaster, people used to call us the Arsenal of the north. I want to try and get something like that here.

“Let’s see if this club in the next two or three years can get into the Championship.”