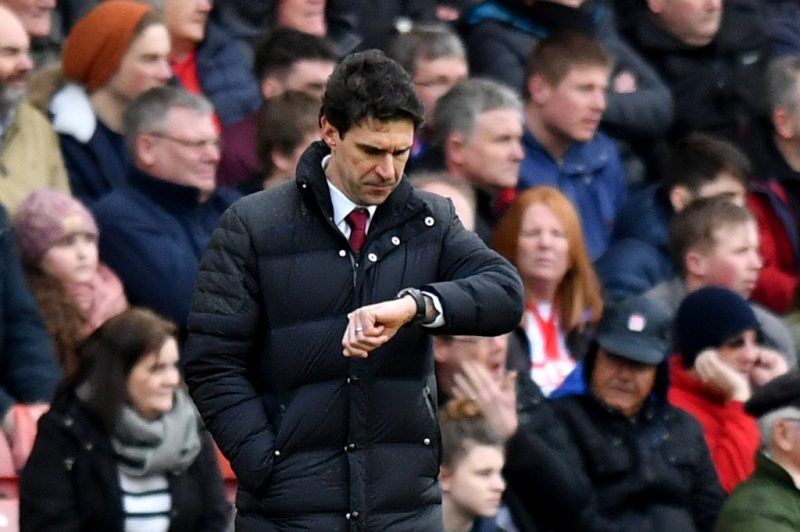 With Harry Redknapp’s renaissance at Birmingham proving to be rather short-lived, the question of who will replace the experienced boss at St Andrew’s is now being readily asked.

Redknapp was dismissed on Saturday after the club’s 3-1 home loss to Preston made it seven games without a win for the Blues.

And while Lee Carsley has been placed in caretaker charge and the likes of Steve Cotterill and Alan Pardew linked with the post, it appears that Spaniard Aitor Karanka will be the next man in at Birmingham.

The Birmingham Mail is reporting that the former Middlesbrough manager is the primary target for the St Andrew’s board, and could take on his second spell in England after that successful stint on Teesside.

Karanka lead Boro to the Premier League two seasons ago, and while he departed with the club struggling in the top flight, he has significant potential and is thought to be keen to remain in England.

His run at Middlesbrough was tempestuous and fraught with fallings-out with both fans and players, which raises the question of whether he has the right personality to turn around a sinking ship at St Andrew’s.

Significant investment was poured into the club this summer, and while it remains baffling that Redknapp wasn’t fully given the chance to utilise his refurbished squad, the team appears in far better shape than it was when the former Tottenham boss arrived in April.

Carsley will be keen on the job himself, and takes his side to Derby at the weekend hoping to underline his managerial credentials with a win.