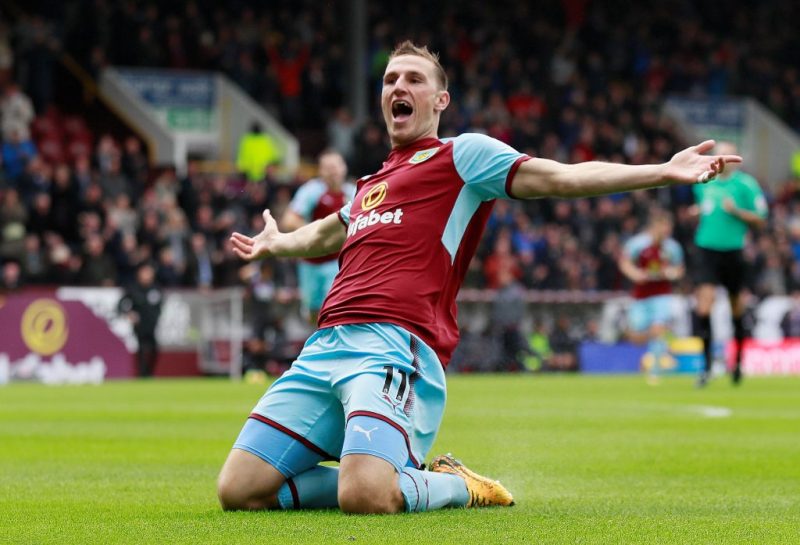 Chris Wood doesn’t appear to be bothered about the reception he’ll get from the travelling Leeds fans in Burnley’s Carabao Cup tie against the Whites tonight.

The New Zealand international swapped Elland Road for Turf Moor in a £15m deal this summer, and last year’s Championship top scorer clearly isn’t too worried about burning bridges with the Leeds faithful.

“I remember my first season at Leeds I was booed for three or four months of the season,” he told the Lancashire Evening Telegraph.

The 25-year-old scored 13 goals in 37 appearances in his maiden campaign at Elland Road, before going on to hit 30 goals in 48 games last time out. His impact for Sean Dyche’s side has been instant this year, however, managing two vital goals in four games for the club.

“I know people weren’t happy with me for some reason even though I was the top scorer and scored the most goals in a season in the last three years at Leeds,” he said.

“It is just one of those things, some people take a liking to you, some don’t, it is just people’s opinion at the end of the day.

“I go out there to do what is best for me and the team and not prove people wrong but to prove to my friends, family and people I care about that I belong.”

Burnley face Leeds in the Carabao Cup tonight, with both sides looking to build on positive start’s to the league season with success in the competition.