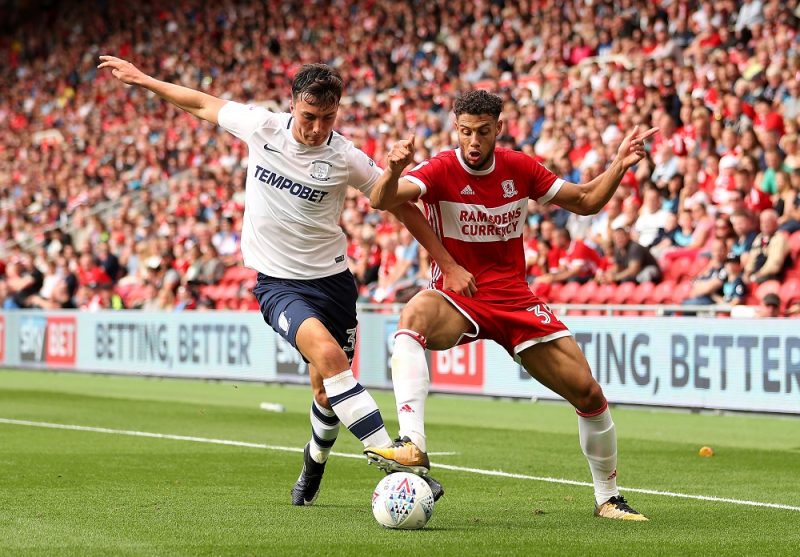 FIVE months ago, Josh Earl was playing in front of 255 fans at Lancaster City. In pre-season, his only ambition was to dole out the Lucozade.

Yet today, the 18-year-old rookie is part of a Preston back four that boasts the meanest defensive record in the entire EFL.

“It’s all come completely out the blue,” says the left-back, who made his debut against Reading last month before helping to subdue Middlesbrough’s £31m strikeforce.

“Before the season, my aim was to be around the squad.

“I thought I’d just be a water carrier or something! Nobody thought I’d even make my debut this year, let alone start two games by the end of August.

“My parents were so proud –  once they got over the shock!

“They’ve followed me everywhere. My dad’s traipsed all over the country to take me to games so it’s great for them, too.”

Earl joined Preston at nine and, after shooting up to 6ft 5in  during his mid-teens, was quickly earmarked as one to watch.

“All he needed was a proving ground – and it arrived in the form of a six-game stint at Lancaster City, a part-time side nicknamed the Dolly Blues in the eighth tier of English football.

“It was a massive eye-opener,” says the young scouser, whose 15-year-old brother also plays for Preston.

“All I’d ever done was play Under-18s football. Suddenly, I was playing against men, not 17-year-old lads.

“It’s a lot faster, a lot more intense. Your touch needs to be sharper, you’ve got to learn how to use your body.

“You do get kicked up in the air but so what? All you can do is get up and keep going.

“And all the lads at Lancaster were absolutely brilliant with me.

“They took me under their wing and told me what to expect, things I should and shouldn’t do.

“For someone like me, who’d never played competitively, it’s important to realise this is a proper job.

“They’re fighting to win contracts, titles, to put food on the table for their families. More than anything on the pitch, that’s what makes you think ‘Yeah, this is a step up. This is real’.  If you go in thinking ‘Oh it’s just a loan’ or that you’re too good for the level, you’ll fold.

“It’s a good standard and, if you don’t respect it, those players will kill you.”

Has that experience made adapting to the frenetic pace of the Championship any easier?

“Nah, it’s still a huge leap,” he laughs. “The quality and the intensity in this league is off the scale. I remember my first training session with the first team last year.

“I went on thinking ‘How hard can it be?’ I came off absolutely sweating, blowing out my a***. I was shattered. You’ve got to be so fit.”

Luck has certainly played its part in Earl’s emergence, with an injury to first-choice left-back Greg Cunningham forcing manager Alex Neil’s hand. But Earl also believes he is reaping the benefits of teenage temperance.

“I’ve played with quite a few good players at Preston, but it comes down to the person,” he explains. “How much do you want to make it as a footballer? How much are you prepared to give up?

“When you’re 16, 17, all your mates are going out on a Friday night to parties and clubs. You’ve just got to be strong enough to give those things a miss.

“Would I be here today if I’d gone out every weekend? No way. I’m not saying that I’ve made it – not by any stretch of the imagination – but I’ve given myself a chance.”