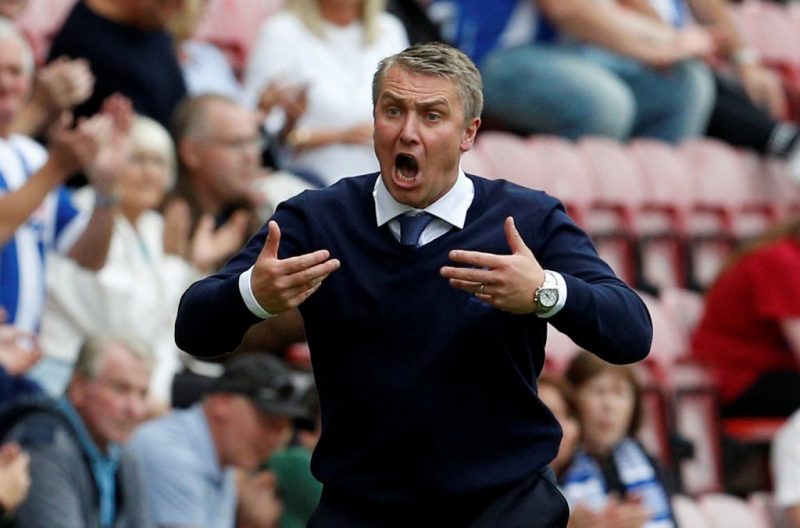 Bury manager Lee Clark had a rather higher vantage point than he was used to for Rotherham’s late winner at the New York Stadium on Saturday, having been sent to the stands earlier in the game by referee Chris Sarginson.

The former Huddersfield and Birmingham boss was forced to watch as his side conceded yet another vital late goal, leaving him wondering about a possible mental fragility within his squad.

Kieffer Moore had twice put Rotherham in front, with first Jermaine Beckford and then Nathan Cameron heading the Shakers level. Clark’s hopes of a point were dashed in the final minute, however, when Richie Towell drilled home for the hosts.

Clark was understandably frustrated: “We have got to learn,” he said. “We have taken a step back before we go on to play without fear. We wait until we go one down before we try to have a go to get back into the game. It’s like a boxer, they give us a whack before we then respond.

“It looked to me like we were happy both times settling for the point when we should have been going for the jugular at 2-2.

“When you don’t win games players start to feel it psychologically and it affects their performances. We are in a position that we don’t want to be, results are not going the way we want but we have got to be men. We can’t be cowards and curl away in the corner.”

Clark’s sending off occurred after a verbal altercation between him and Sarginson, although the Bury boss later defended his behaviour, saying: “The referee asked us to stay up in the stands because he felt I acted in an aggressive manner in the tunnel area, which I have since apologised for.

“What I can say is that I did not use foul or abusive language and there was an angry exchange between myself and the ref and the fourth official.”

The Shakers will attempt to arrest their slump in form when they travel to Fleetwood tomorrow night.