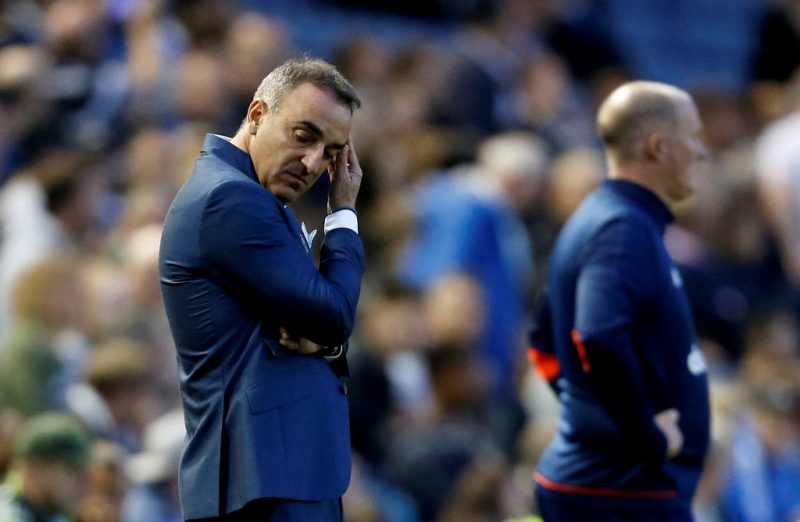 Sheffield Wednesday manager Carlos Carvalhal will serve a two match touchline ban, after he was charged with misconduct by an Independent Regulatory Commission.

The charge is in relation to an incident that occurred between Carvalhal and Bolton boss Phil Parkinson during Wanderers’ 3-2 Carabao Cup win over the Owls last month.

The two managers began to push and shove each other after reacting angrily to Barry Bannan’s late challenge on Filipe Morais. Both managers were sent off in the game by referee David Webb.

The charge was designated as a non-standard case as it was Carvalhal’s second such incident in the last 12 months. The 51-year-old was also fined £4,000, while Parkinson – having not been charged in the past year – received just a £2,000 fine.

Wednesday’s Performance Director Andy Kalinins was charged as well. Kalinins’ charge was also from the Bolton game, and he admitted the charge following a 90th minute incident. He will also serve a two match ban, while having to pay £3,000.

Carvalhal’s previous misconduct charge came in March when the FA punished him for reacting aggressively to Lee Probert’s decision to send off Owls defender Vincent Sasso for a challenge on Aston Villa’s Conor Hourihane. That game also ended in defeat for Carvalhal’s side.