Stockley returns to Exeter from Aberdeen in club record deal 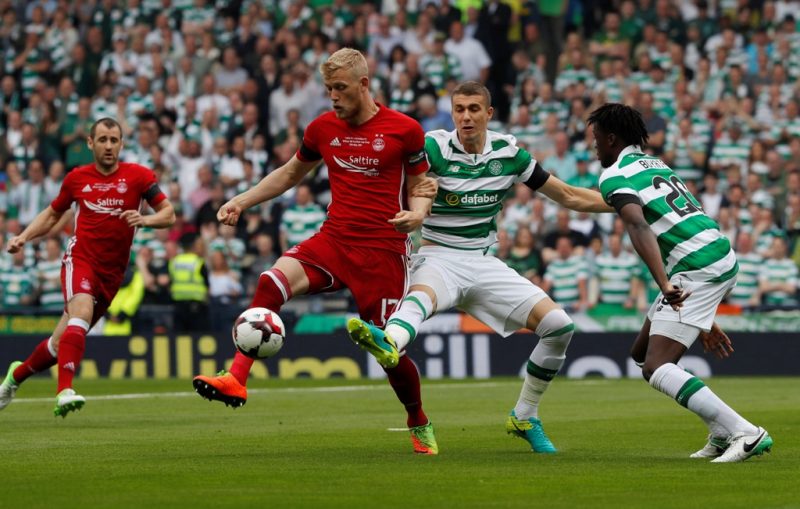 Exeter City have broken their transfer record to bring Jayden Stockley back to the club, the striker joining from Scottish Premiership side Aberdeen.

Stockley scored 10 goals in 22 games while on loan with the Grecians in the second half of the 2015-16 season, and the 23-year-old is thrilled to be back with Paul Tisdale’s side.

He told the club’s official website: “As soon as I became aware that there was a chance of me leaving [Aberdeen], I had a conversation with ‘Tis’. I obviously had conversations with other clubs as well, but it was kind of tunnel vision when ‘Tis’ spoke to me.

“We got things going quite quickly. At one point we didn’t think it was going to happen. There were stumbling blocks but we managed to get it done and I am very happy about that.

“I wanted to go to a club where I believe in the same things as the manager and I know that there are good players. So as soon as I knew ‘Tis’ was interested, me and my family jumped at the chance.

Stockley started his career at Bournemouth in 2009, and embarked on a whole host of loan spells including Accrington, Leyton Orient, Luton and Portsmouth to name a few.

It was his temporary switch to St James Park in 2016 that was most successful, however, and he now returns to the Grecians on a permanent basis.