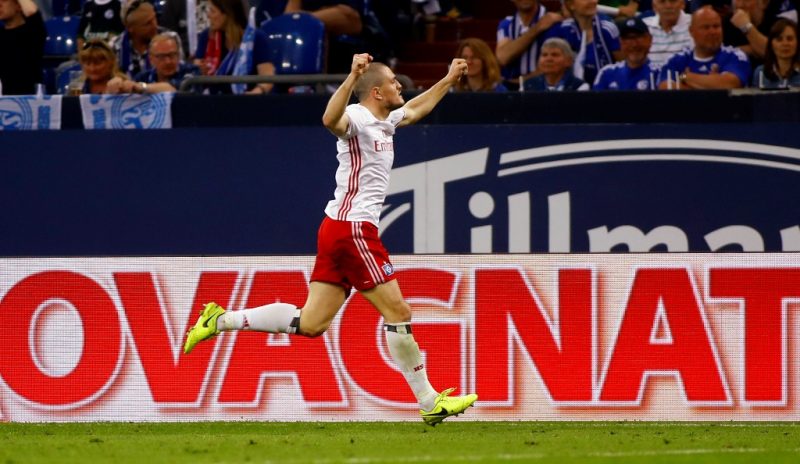 Following on from the signing of Jay-Roy Grot last week, Leeds United have continued planning for life after Chris Wood today by signing Hamburg striker Pierre-Michel Lasogga on a season-long loan.

The 25-year-old is Thomas Christiansen’s 16th signing of the summer and will wear the number nine shirt at Elland Road.

At 6 ft 2 in, Lasogga would appear to be suited to the rigours of Championship football, and he’ll hope to continue what’s been a successful career in Germany thus far.

After emerging at Bayer Leverkusen, Lasogga signed for Hertha Berlin in 2010. He would go on to score 22 goals in 64 league games for the club before a prolific loan spell at Hamburg was turned permanent in 2014. He went on to register 30 goals in 107 games for the club.

Lasogga joins fellow new recruits Vurnon Anita, Samu Sais and Pontus Jansson amongst others, with Christiansen’s side expected to challenge for promotion this year.

The Whites have started strongly, currently sitting in third place in the Championship table. They’ve registered three wins and two draws so far, and along with Cardiff are the only unbeaten team in the division.