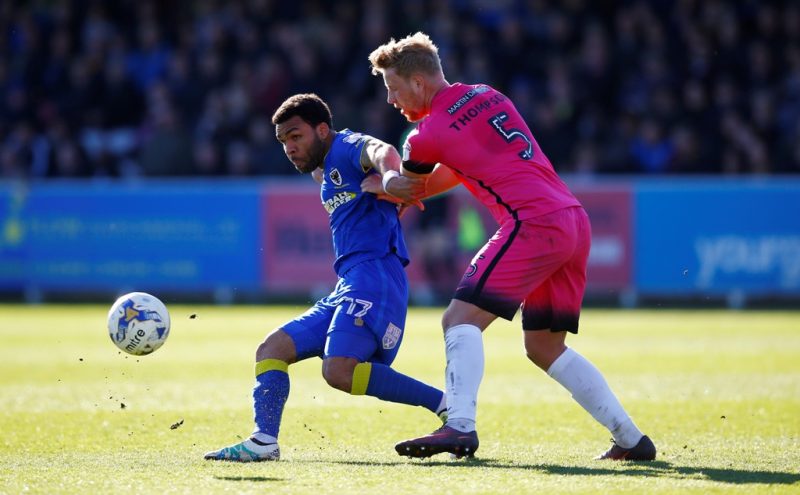 Bradford City have made an important addition today ahead of the close of the summer transfer window, with Bury defender Adam Thompson signing on a season-long loan deal.

The Northern Ireland international only moved to Bury earlier this summer, having been a regular in the Southend United side who narrowly missed out on a place in the League One play-offs last season. The 24-year-old had spent three years with Phil Brown’s side having come through the youth ranks at Watford.

Thompson is currently on international duty with Michael O’Neill’s side, and will hope to feature in their upcoming fixtures against San Marino and the Czech Republic.

Bantams boss Stuart McCall was thrilled to get the move over the line, telling Bradford’s official website: “He can’t wait to get started with us.

“He was on our radar over the summer but the finances Bury were offering them gave them the edge. It hasn’t quite worked out for him at Bury in the opening couple of months though, and it came out of the blue that he was available.

“Centre-half is clearly a position where we have been looking to strengthen so we are delighted to have him on board.”