Posted on August 29, 2017 by admin in Featured, Skybet Championship | 0 Comments 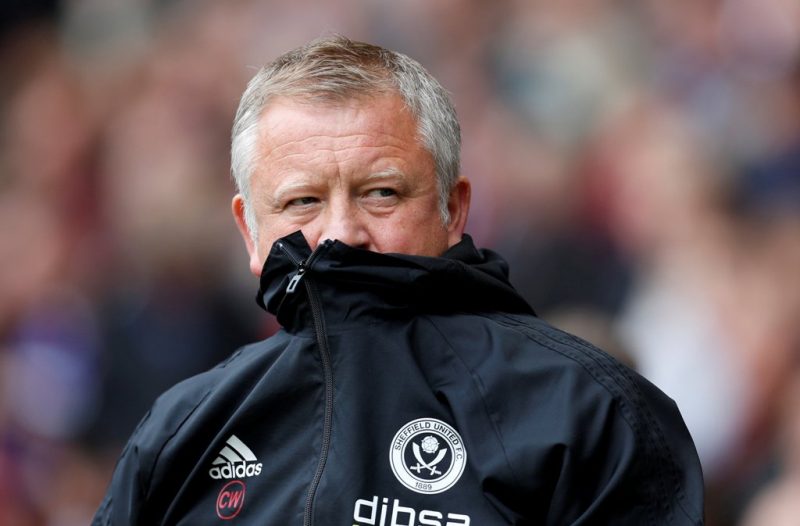 A 61% winning ratio is unlikely to go unnoticed forever, but for now Sheffield United fans are happy to see their manager’s achievements going under the radar – outside of South Yorkshire, anyway.

Indeed, while Premier League teams such as Southampton and Crystal Palace appointed foreign entities this summer it appears no-one batted an eyelash at the popular 49-year-old who has transformed the fortunes of a Blades side who had been stuck in quicksand throughout a six-season stay in League One.

Chris Wilder was appointed as manager of a team he had supported his whole life in May 2016. In doing so he left a Northampton side he had just guided to the League Two title in his first full season as boss. Northampton was a nice job, but not the one he truly wanted.

15 months later and Wilder’s Sheffield United team are sitting pretty in the Championship, fifth place after an excellent start to life back in the second tier. Promotion from League One was inevitable once Wilder was brought in, you understand. 100 points and the league title with seemingly effortless ease. The Blades are back where they belong.

But still he doesn’t get the credit he deserves. The articles recently are, understandably, focussed on Cardiff’s wily old fox Neil Warnock or another Yorkshireman Mick McCarthy at Ipswich. Once again United have crept up the table quietly, Billy Sharp’s four goals powering them to their current lofty heights.

Wilder won’t care, and everyone associated with Sheffield United would surely prefer it this way anyway. They know they have a good thing in the former Halifax and Oxford boss, better the footballing world wait a while until it catches on.

Their transfer business this summer has been typically understated. There have been no big fees, none of the lavish spending of their divisional rivals, just calm, considered transactions.

There was Enda Stevens, the Irish left-back who starred in Portsmouth’s promotion campaign last season. And Richard Stearman, a seasoned campaigner at this level with both Wolves and Fulham. The loan acquisitions of Jamal Blackman, the goalkeeper from Chelsea, and Cameron Carter-Vickers, the Spurs defender, both scream common sense, too.

Those signings, however, weren’t brought in out of desperate necessity. The biggest impacts this season have come from those who already wore red and white. Chris Basham, the utility man who can operate at the back or in midfield, has been a revelation since signing in 2014. The defender Keiron Freeman has gone from strength to strength these last couple of seasons. And Billy Sharp’s 55 goals in 95 league games for the club have been the foundation of all their success.

The size of the club meant that their promotion from League One was expected throughout the entirety of their stay in the third tier, but their terrific start to Championship life was markedly less anticipated. Nonetheless, three wins (all of them at Bramall Lane) from five games has them in the play-off places at present, with Saturday’s 3-1 win against Derby merely being the latest in a long line of Wilder-masterminded victories.

The manager is delighted: “We can say that we aren’t here just to make the numbers up or be the whipping boys, and any team that plays us, especially here [Bramall Lane], is going to have to do a lot of things very, very well to get a result against us.”

So while exotic names like de Boer and Pellegrino continue to be the flavour of the month in the Premier League, the taste is significantly more local in South Yorkshire, where Wilder wonderland continues unchecked into a new division.