Home / Features / Columnists / Glenn Moore column: Old school Neil and Mac with lessons for us all

Glenn Moore column: Old school Neil and Mac with lessons for us all

Posted on August 27, 2017 by admin in Columnists, Featured, Features | 0 Comments 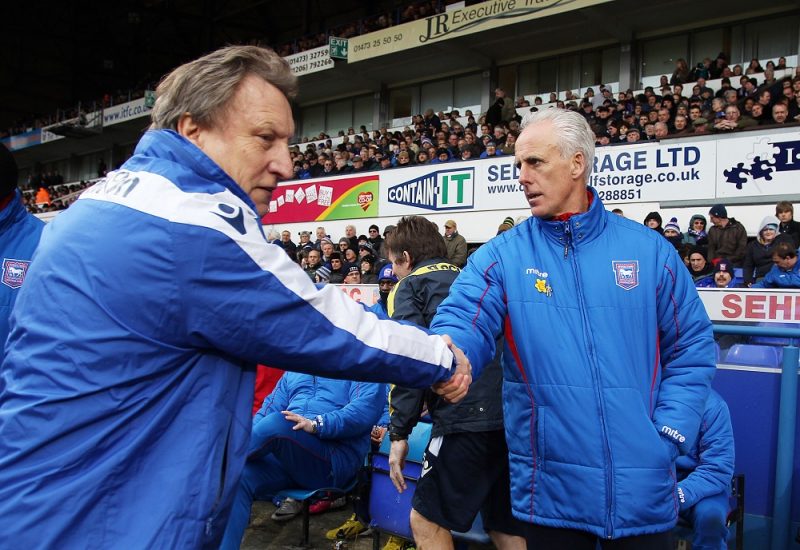 NEIL Warnock and Mick McCarthy go way back, back to the 1970s when McCarthy cleaned Warnock’s boots at Barnsley.

Four decades on and the two Yorkshiremen went into this weekend’s fixtures entwined again, at the top of the Championship, as managers respectively of Cardiff City and Ipswich Town.

Neither is fashionable. They are not beloved by football hipsters, nor likely to sport the facial hair which adorns coaches who are, but these greybeards are making the case for experience in the toughest league of all.

At 68, Warnock is the elder by a decade. He is now in his 16th managerial job, an odyssey that stretches back beyond Gainsborough Trinity in 1980 to Todwick lads’ Sunday morning team, whom he coached as a Hartlepool player in 1972.

He has managed in every division from Northern Premier League to Premier League, across England from Plymouth Argyle to Scarborough, Oldham Athletic to Crystal Palace.

He has upset plenty in the game and is frequently unreasonable about referees (paradoxically, in part because he is a qualified official himself, and his father was a referee).

But there is a softer side, too, which I saw plenty of in working with him for nearly ten years at The Independent.

The aspect that endears him to owner Vincent Tan, however, is that Warnock has won seven promotions – and is desperate to achieve a record eighth.

That desire keeps him from fulfilling an oft-repeated promise to his family that ‘this is the last job’. It is in tune with a competitiveness that showed itself, having been part of a quiz-winning team at one Independent Christmas bash, as he paraded the two-inch high Subbuteo trophy up and down the restaurant, exclaiming: ‘First silverware of the season’.

He ended that season sharing a bed with more silverware, the Football League Championship, won with QPR, while wife Sharon slept in the spare room.

Warnock’s secret is to gather together a group of players who believe in him and each other. While cuter tactically than his detractors suggest, his philosophy is straightforward: defenders defend, attackers get crosses in and shots off.

Almost everyone is expected to work hard, the exception being the ‘flair player’ Warnock loves to include.

The classic example was Adel Taarabt at QPR, who was so good he was indulged, with the senior pros’ agreement, to an extreme degree.

Lee Tomlin is perhaps the best example now at Cardiff, but he’s not at Taarabt’s level and will have to put in a shift.

Warnock seeks to unite a club, engaging with laundry and reception staff, caterers and so on, even instituting a club-wide promotion bonus at QPR.

Typically, he took a full-strength Cardiff team to play at Non-League Taff’s Wells this summer, because a City staff member is involved at the club.

In all competitions, Warnock has managed more than 1,500 matches. There’s not much he hasn’t seen before. McCarthy, in a 15-year career, is also past the 1,000-match mark, including 68 for the Republic of Ireland.

Laconic and sharp, he is approaching five years at Portman Road, the only boss in the Championship’s managerial killing field in place before 2015.

McCarthy has won this league with Sunderland and Wolves, both rivals this season. At Ipswich he has a fraction of those clubs’ resources.

In his time at Suffolk he has made a net profit on transfers of £13m, mainly due to the sales of Tyrone Mings, Aaron Cresswell and Daryl Murphy.

Inevitably, results have been mixed. Last year, Ipswich came 16th, the club’s lowest finish since the late 1950s. In McCarthy’s own words: ‘We were rubbish’. There was much discontent among fans.

When Town lost their final pre-season friendly 6-1 to League One Charlton, he knew the mood was on the brink of turning very ugly indeed.

Ahead of the opening match, he said:  “We’ve pretty much got to win because, if we don’t, it’s starting where we left off last season and that’s not good for anybody.”

While both have been around too long to get carried away, McCarthy and Warnock are flying the flag for old-school native experience.

Some may call them dinosaurs. Survivors, in one of the hardest trades of all, is the more accurate description.