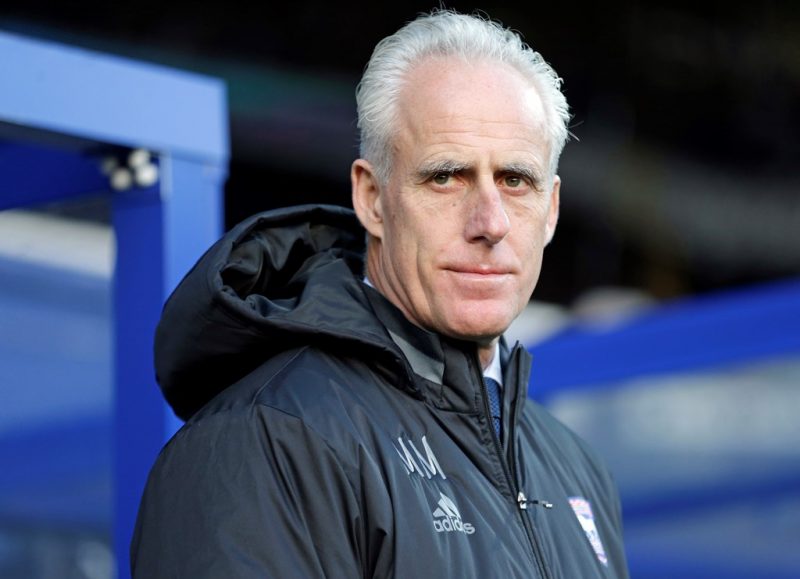 The FLP has teamed up with NTT20, and here, Ali takes a look at a weekend jam-packed with action in the EFL…

In a weekend that provided no shortage of impressive results, it’s Cardiff City and Ipswich Town that emerge as the Championship’s top two. The second tier has changed immensely over the last 5-10 years, but old timers Neil Warnock and Mick McCarthy continue to show a capacity to adapt to their surroundings, and their employers are reaping the rewards early on in the campaign.

Cardiff are finding ways to win convincingly home and away, against both possession based teams and those who seek to counter-attack. Facing their biggest test yet against a multi-talented Wolves, the Bluebirds were good value for their win. Match-winner Nathaniel Mendez-Laing has had an exceptional start to his Cardiff career, but the opening goal showed the class of fellow winger Junior Hoilett, who was Warnock’s first signing as manager on a free transfer. The Canadian jinked past a defender before setting up academy product Joe Ralls for a tidy finish – another excellent Cardiff goal.

Warnock’s man management, and ability to get the best out of players deemed ‘lazy’ or ‘troublesome’ by others, is perhaps his greatest strength. Remember how he brushed the remarkable Sol Bamba incident under the carpet last season? Many managers would have struggled with that situation. Bamba, also signed on a free transfer, remains a key player in this miserly Cardiff defence.

Who’s next?! ???? Sol Bamba takes on the officials and his own manager as he loses his head and earns himself a red card. pic.twitter.com/nd8oY1YAeo

Ipswich are doing things slightly differently. Held together by spit, glue and chewing gum, they held Brentford to a clean sheet with four full-backs in their back four. Shout-out to Jordan Spence and Jonas Knudsen for their display at the heart of defence! We reckon Mick McCarthy has just discovered attacking players; Grant Ward, Freddie Sears, David McGoldrick, Martyn Waghorn *and* Joe Garner all started, and the team are scoring with practically every shot – 9 goals from 11 shots on target so far. With shot data like that, it surely can’t last. But fans won’t care one bit, after a soporific season last year.

It’s way too early to draw conclusions, but curiosity got the better of me so I dropped the EFL clubs into “expected goals” scatter graphics pic.twitter.com/iR7iTBh4Xd

Aston Villa fans deserved something to cheer about after an ugly start to their season. There’s nothing better than the emergence of an exciting academy product in Keinan Davis, the confirmation that another is the real deal (Andre Green), and a reminder that Conor Hourihane is an exceptional player at this level. Having shown a serious weakness against possession-based teams, they got it right against Norwich on Saturday, winning 4-2.

Next up: sorting out their performances away from home; the Villains have gained just 18 points from 25 away games since relegation from the Premier League.

Not a bad way to score your first senior goal!

Their rivals Birmingham City were undone by Burton Albion under the lights on Friday night. Harry Redknapp had a good old moan about the strength of his squad, but had the best seat in the house to watch an opposition team get the most out of its existing, unheralded squad.

Burton are surely the best example of an EFL club over the last five years: outstanding progress on the field achieved within their means, a string of successful managerial appointments made without hiccup, and off-the-field awards for community work to boot. Much of the discussion surrounding Burton is condescending in tone; it shouldn’t be. Fellow Midlands clubs could do worse than try and replicate Albion’s way of operating; the same clubs have tried and failed to beat the Brewers at the Pirelli Stadium in the last 13 months. Burton have picked up 16 points from a possible 18 in home games against Birmingham, Aston Villa, Derby, Wolves and Nottingham Forest.

Sheffield United comfortably overcame Barnsley at Bramall Lane. Chris Wilder showed tactical imagination by sending the outside centre-backs Jack O’Connoll and Chris Basham forward to join attacks, causing confusion to Barnsley’s defensive organisation. An eye-catching cameo from Yorkshire-born David Brooks capped an excellent weekend for the Blades. Meanwhile, Sheffield Wednesday enjoyed one of their own, travelling to Craven Cottage and beating Fulham to nil with left-back Daniel Pudil filling in at centre-back.

Another eye-catching victory came at the Stadium of Light where Leeds smashed and grabbed a 2-0 win against Sunderland, in the absence of Burnley-bound Chris Wood. The performances of summer signings Samu Saiz and Ezgjan Alioski should give Leeds fans plenty of confidence in the recruitment team’s ability to replace Wood.

League One’s most dangerous striker so far has been Peterborough’s Jack Marriott. His thriving partnership with Junior Morias is based on pace, movement and devastating finishing. Marriott could have achieved consecutive hat-tricks, but a first half strike off the bar was deemed not to have crossed the line. It looks like he has every right to feel robbed!

No player in #pufc history has scored back to back hatricks. If we had goal line technology @jackmarriott94 would of had the match ball! pic.twitter.com/CAuYoKLeDW

Wigan made light work of Oldham, who have started the season miserably with three defeats. A couple of Devante Cole curlers keeps Fleetwood at 100%. Their defence looking as solid as ever, and is yet to be breached. Shrewsbury had to fight hard for their 3-2 win against Rochdale, but are playing some lovely attacking football this season. Kudos to Paul Hurst – don’t forget that Shrews were bottom of League One when he took over last season, and have made great progress under him.

Blackburn got their campaign up and running while ending Bradford’s 31 game unbeaten run at home in the league. While Danny Graham is struggling to find his shooting boots, new signing Dom Samuel is having no such problems – his winning goal was his third of the young season.

With a front four of Ricky Holmes, Billy Clarke, Tariq Fosu and Josh Magennis, Charlton are going to enjoy some big wins this season. They overcame Northampton 4-1 at the Valley. The Cobblers join Oldham without a point so far, while Gillingham still haven’t scored a goal!

Congratulations to Forest Green Rovers, who celebrated their first ever win in the Football League, coming from 1-3 down to beat Yeovil. As for their opponents, the Glovers’ fans have now seen 22 goals scored in 3 matches, more than seven per game on average.

Lincoln haven’t secure their first win yet, losing to unbeaten Exeter on the weekend. But performances have been good, if unrewarded, so we expect them to start picking up points in the next few weeks.

How about Newport County? Winning against early leaders Coventry and, per Ben Mayhew’s data, creating the most chances in the division so far, it’s been an accomplished start. We expected Reece Cole to be breaking into Brentford’s first team this season, so to see him drop down to League Two was quite the surprise. To see him score the winner from range on debut, less so! Massive credit must go to goalkeeper Joe Day for a string of acrobatic saves to keep Coventry at bay.

Anyone into in the business side of ⚽️, Accrington Chairman @AndyhHolt shedding some light on things. Interesting read. https://t.co/ljeb0nTw8z

Luton put together an exceptional attacking performance in their 3-0 win over Colchester. Andrew Shinnie – or ‘Shinniesta’ as he is now known – has five assists for the season. And while Accrington Chairman Andy Holt has been speaking with rare insight about the realities of running a League Two club, John Coleman’s side continue to impress on the pitch, beating Mansfield with a late winner from Billy Kee. Summer signing Kayden Jackson looks electric, and has four goals already.

Lastly, there were three scouts from Premier League teams at Stevenage v Grimsby over the weekend. Were they watching Siriki Dembele or perhaps the latest ‘Next Jamie Vardy’, Danny Newton? Either way, no doubt young Northern Irish midfielder Ben Kennedy caught the eye. League Two’s Arjen Robben, defenders simply cannot stop him once he cuts onto his left foot.