Home / Featured / Shattered from cycling to Amsterdam, Simon Grayson knows Sunderland is his toughest task yet

Shattered from cycling to Amsterdam, Simon Grayson knows Sunderland is his toughest task yet 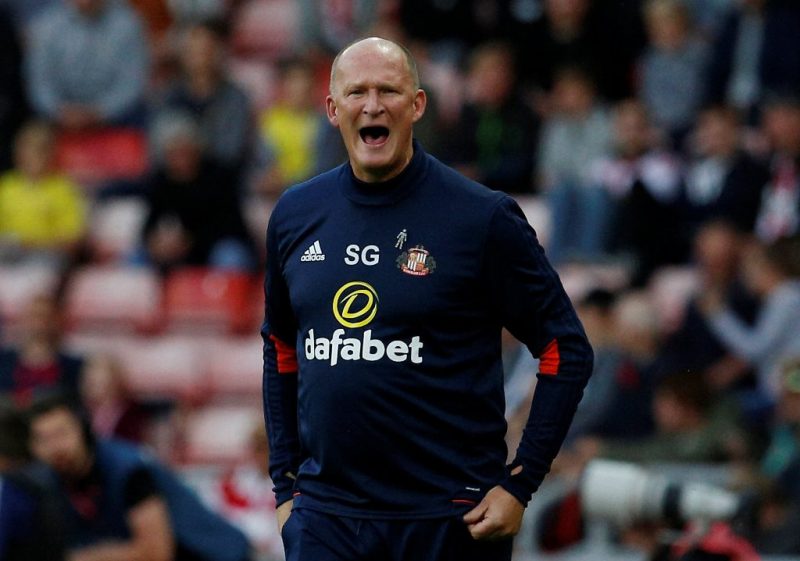 The Soccer Saturday presenter was in the midst of his annual March for Men charity walk, in aid of Prostate Cancer UK, and wanted to know if Grayson fancied joining him on a leg through North Yorkshire. The 47-year-old agreed – and swiftly regretted it.

“It was hell,” admits the former Leicester defender, who tramped from Ripon to Bedale in June, just three days after returning from the Netherlands.

“I’d just done a hundred-odd miles on the bike and thought ‘What’s another 24?’. But bikes I’ve trained for. I wasn’t used to walking that far or for that length of time.

“How Jeff manages 15 of them in a row I’ll never know. His body must get used to it, but that was tough, far harder than the ride. It’s probably the hardest thing I’ve ever done in my life.”

Ideal preparation, then, for a stint as Sunderland manager. Grayson, a veteran of four EFL promotions, insists his eyes were wide open when he accepted the post in late June.

They must be on stalks now  after the events of the last seven days. An embarrassing 5-0 defeat at home to Celtic demonstrated all of the brittleness and frailty that turned Sunderland into a Premier League punchbag last term.

Hours later, midfielder Darron Gibson exposed schisms in the dressing room, drunkenly telling supporters that their team were s*** and that too many players “didn’t f****** care”.

BBC pundit Chris Sutton has described the club as a cesspit and says a total clear-out is required. To most fans, that was obvious long before April’s craven relegation.

Yet Sunderland are flat broke.

Of that total, £68m is owed to owner Ellis Short.

Having failed to find a buyer over the summer, the American billionaire is now unwilling to sink further funds into the club.

David Moyes decided a budget rebuild was beyond him and bailed out. Now, Grayson must attempt to glue the shattered remnants of this famous club back together.

“I knew what I was getting into when I accepted the job,” insists Grayson, who guided Preston to 11th in the Championship last season. 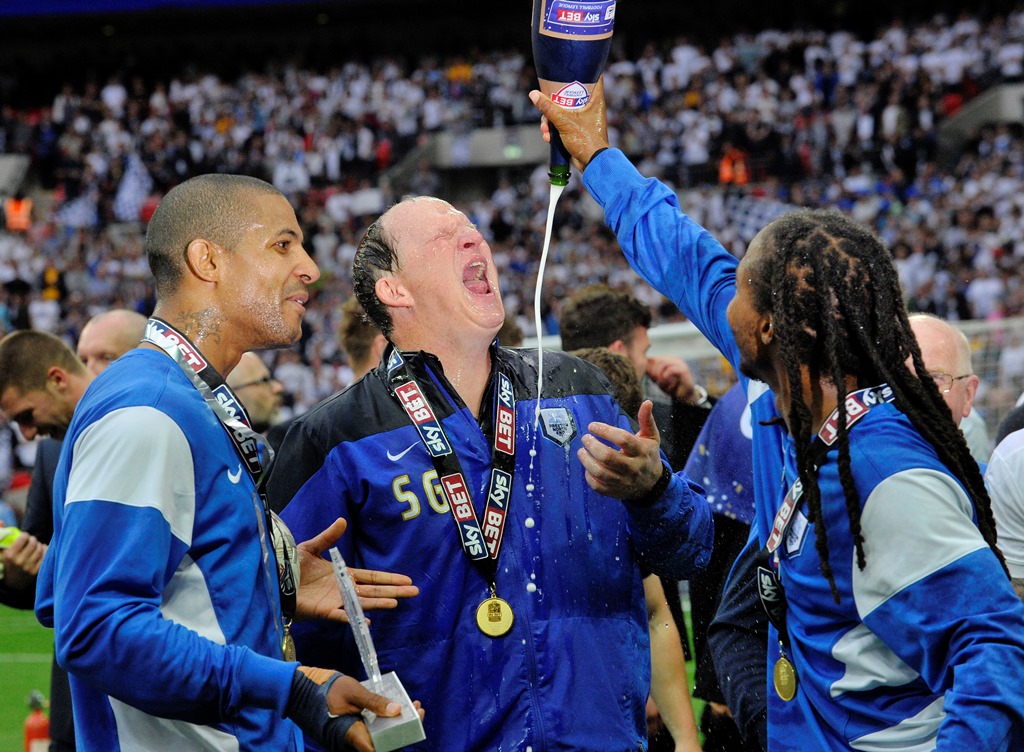 “There are serious issues here and they were never going to be fixed in a few weeks or months.

“This club has been suffering for many years. They’ve gambled to stay in the Premier League, bought the wrong kind of players and it hasn’t worked.

“That’s why the club are in so much debt. It’s been badly mismanaged in terms of the money that has gone out.

“What we’ve got to try to do is get some stability back. On the field, that’s my job.

“But a lot of people need to do a lot of work behind the scenes to get this club into some sort of order.

Gibson lambasted a number of players in his post-Celtic rant, among them Lamine Kone, Jeremain Lens and Wahbi Khazri.

Grayson says the Irishman has been “dealt with”, but the truth inherent in his sentiments is born out by the homegrown nature of Grayson’s signings,  Preston winger Aiden McGeady, Bury striker James Vaughan and Blackburn keeper Jason Steele.

“Forget the comments,” says Grayson. “Regardless of what anyone says or thinks, I’ve always said the players I want are British-based and know the Championship.

“Jason Steele has played 200 games in the Championship. James Vaughan has played for me before. So has Aidan McGeady.

“It’s always been my intent to sign people who know the league and aren’t here for the money – as a lot of players have been over a number of years at Sunderland. They’re here to play for the shirt, to represent the fans. That’s something that has sadly been missing for a long time here.”

More will follow – primarily a front-line striker – but Grayson is candid about the class of player Sunderland can currently afford.

“From day one, I said we’d have a realistic budget,” he says. “By that, I mean it’s not going to be near the top and it’s not at the bottom.

“But the days of spending £10m on players are a long way off. We’ve brought in six players this summer and spent just over £1m.

“That tells you where we are. We have to look at frees, at the loan market, at lesser figures than we have in the past.” 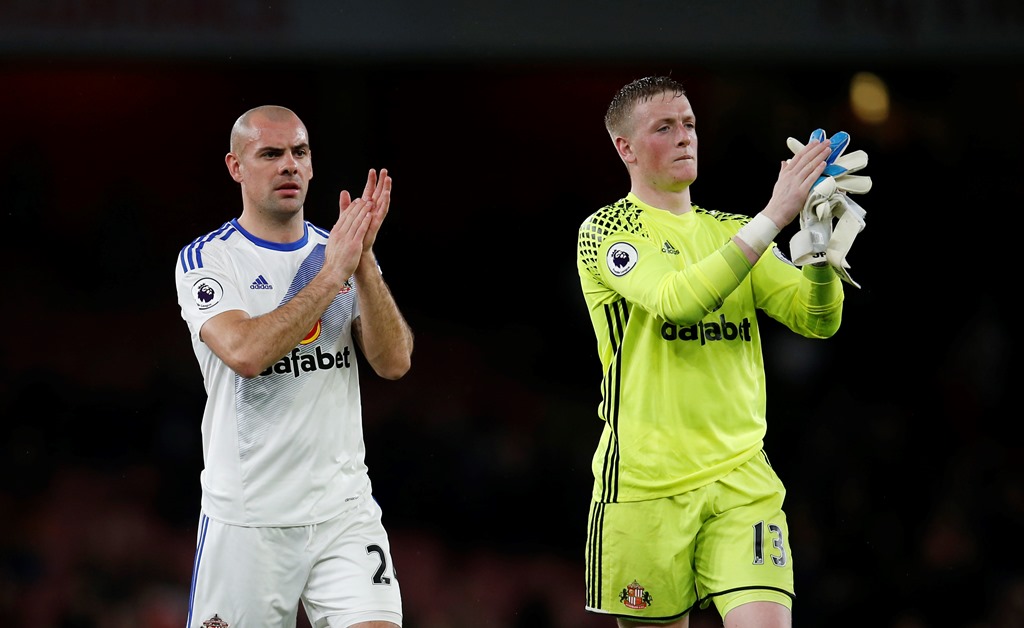 Nor will he see any of the £30m Sunderland trousered from the sale of goalkeeper Jordan Pickford to Everton.

“I’ve heard people compare us to Newcastle last season, but it comes down to what state the club is in,” he says.

“They sold a few players, got £50m in and allowed Rafa Benitez to reinvest the money. We sold players but weren’t in a position to spend it. That’s the difference between the two clubs at this moment in time.

“They could focus purely on promotion. The reality here is that, in the short-term, we have to look after this club financially. Somewhere down the line, we’ll look to redress the balance.”

Few managers know the Championship like Grayson. And unlike the majority of his predecessors at the Stadium of Light, he also understands the club.

“My mum and dad live in Bedale, which is about 60 minutes from Sunderland,” he explains. “I grew up round there, so I’ve always known the area quite well.

“And my brother, Paul, is overseeing all the cricket at Durham University now. We’ve both basically gravitated back towards home!

“One of my best friends is a teacher who works with my dad at a school.

He’s a massive Sunderland fan, as are a few of my mates.

They’re all delighted I’ve got the job. I think they’re expecting free tickets and inside information but they’re getting neither! Remember, I managed Leeds when I was 38-39, so I know what it means to supporters in a one-club city.

“They’re a working-class base who demand endeavour and desire as a minimum. If the players show that, then they’ll not go far wrong.

“I’ve said to each and every player that whatever went wrong in the past is consigned to the history books. All of them will be judged by what we do now, this season.

“But whoever is here has to earn their money by giving a little bit of their heart and soul back to the club. That is long overdue.”