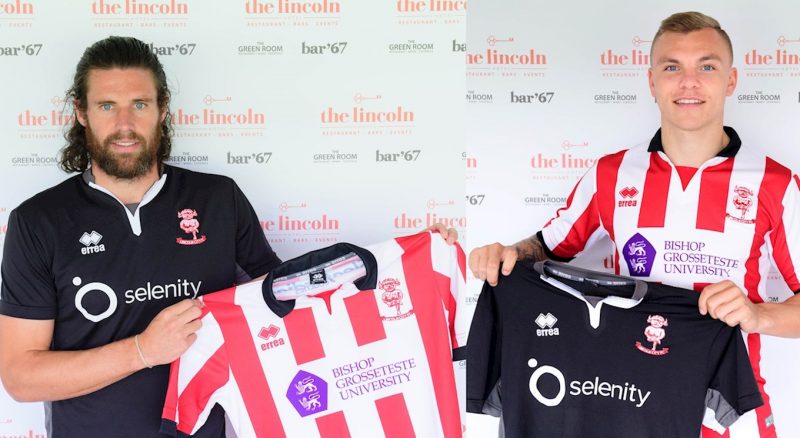 Bostwick was surprisingly placed on the transfer list by Peterborough United, despite picking up their Player of the Year award last season, and many Posh fans will be hugely disappointed to see their ex-captain leave the ABAX Stadium.

Securing Bostwick’s signature is a major coup for Lincoln, considering League One champions Sheffield United and newly-relegated Blackburn Rovers were also interested in signing the 29-year-old. Visit online-betting.org to see how Bostwick’s arrival has affected Lincoln City’s odds this season.

However, ex-Stevenage man Bostwick, who made 228 appearances for Peterborough, rejected former Premier League champions Blackburn in order to live closer to his family, who hail from South Lincolnshire. Asked if dropping down a division was a tough decision, he said: “It wasn’t once I’d spoken to the gaffer and seen the ambition of the club. I think it’s perfect for me.”

Lincoln caught the eye last season under the stewardship of Cowley brothers Danny and Nick during a F.A. Cup run that saw the Imps defeat Ipswich Town, Brighton and Burnley, before bowing out to eventual winners Arsenal at the quarter-final stage. Whilst the cup run brought the club some much-needed publicity, promotion from the National League after five long years away from the Football League was the main aim. This was achieved in some style as they won the league by 4 points from Tranmere, with the Cowley brothers pivotal in securing the title.

Despite their recent success, manager Danny Cowley was surprised they were able to sign a player of Bostwick’s calibre: “Very infrequently I am surprised by football. But I have to admit that to acquire the signature of Michael Bostwick was beyond my wildest expectations for our football club. To be able to bring in a top League One player who won various individual awards at Peterborough last year represents outstanding business on our part.”

Plans are falling into shape for the Imps, as they prepare for their first season back in League Two in six years. Winger Anderson makes the move from Peterborough alongside Bostwick, having spent last season on loan at Sincil Bank, signing a three-year contract in the process. Anderson will be competing against Jordan Maguire-Drew on the wing, with the Brighton winger signing on loan last week after spending the previous season at Dagenham & Redbridge.

Off the pitch, plans for a 12,000-seater stadium and thousands of new homes in a new development have been unveiled by The City of Lincoln Council. With the club and city expected to grow in the coming years, the new stadium would seat about 2,000 extra football fans compared to the current Sincil Bank ground.