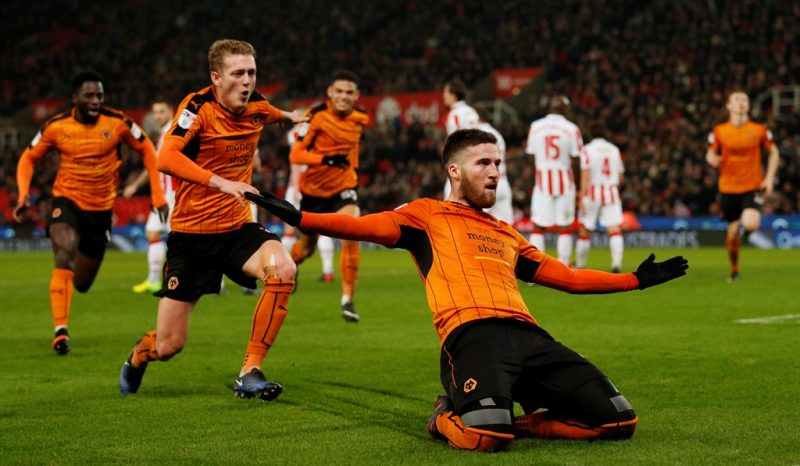 When Chinese consortium Fosun International bought Wolverhampton Wanderers in June 2016, it was clear that the club was taking a different direction to that experienced under previous owner Steve Morgan. However, few would have anticipated the distinctly Portuguese influence which has emerged in the Black Country since the takeover a year ago.

The financial clout of the English game has become apparent in the last decade or so, although that has usually been associated with the Premier League. Super-agent Jorge Mendes, alongside Wolves’ new chairman and Fosun representative Jeff Shi, has now brought a certain amount of glamour and wealth to the second tier of English football, as he seeks to exert more influence at the West Midlands club.

However, a return to the Championship after a brief spell in League One and the Chinese takeover have given Wolves fans renewed optimism that their return to the top flight may be sooner than expected. The capture of Portuguese starlet Ruben Neves from Porto caught the eye of many in England and on the continent, considering that Neves is the youngest player ever to captain a side in a Champions League game before he fell out of favour in Portugal’s second city.

Yet, in this thoroughly modern footballing tale, it wasn’t the idea of living in the Black Country that tempted Neves to up sticks and move to Wolverhampton; more so that he is represented by Mendes. You may recognise Mendes’ name as his web of influence grows ever larger; amongst other things he represents Cristiano Ronaldo and Jose Mourinho.

The owners of Wolves also have a stake in Mendes’ company, and after manager Paul Lambert was relieved of his duties in May, he was replaced by ex-Porto manager Nuno Espirito Santo, who, you guessed it, is a client of Mendes.

Whether Mendes’ increasing influence is worrying for Wolves fans is a whole different question entirely. However, compared to previous owner Morgan, who was prudent in his own eyes and over-cautious in the fans’ eyes, the Fosun group have not been afraid to flex their financial muscle.

Neves came in for a reported £15.8million, making him the most expensive signing in Championship history. Alongside him stand fellow compatriots Ivan Cavaleiro and Helder Costa, priced at £7million and £13million respectively.

These eye-watering sums at the Championship level display how intent the owners are to restore Wolves’ Premier League status. Whilst a promising F.A. Cup run saw the team take the scalps of Stoke and Liverpool, finishing the league campaign in 15th was disappointing for the Midlands club, which ultimately saw Lambert pay with his job.

Experts in Portugal agreed that Neves needs quality around him and the board have complied; former Porto striker Diogo Jota, Portuguese Under-18 defender Ruben Vinagre (both represented by Mendes), ex-Norwich ‘keeper John Ruddy and Scottish defender Barry Douglas have all signed on this summer.

Whilst these signings are exciting, Mendes’ time and patience are famously limited. If success does not come soon, or at the very least signs of progress can be seen, his help is likely to evaporate. Fans in the West Midlands will be hoping that they do not end up like Valencia, where Mendes’ links with owner Peter Lim meant that the Spanish club were merely being used to park player collateral.

After a number of years of mediocrity, Wolves fans will be hoping that the Fosun group, backed by Mendes, haven’t gambled the club’s future away in the pursuit of short-term success.