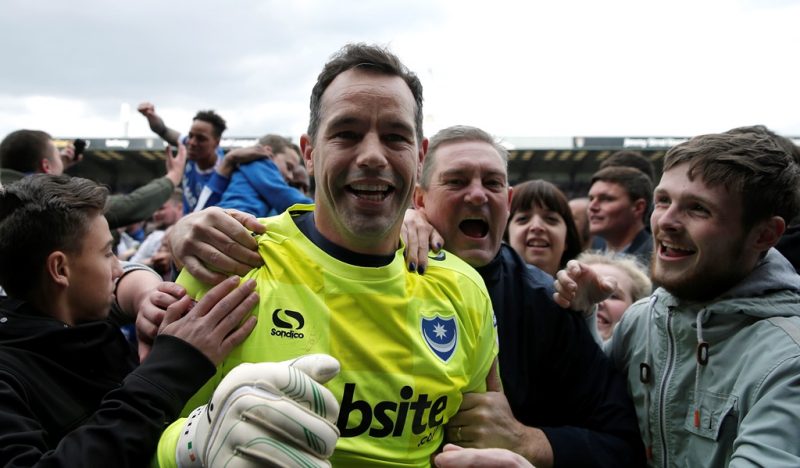 Cambridge United have secured the signing of goalkeeper David Forde on an initial one-year deal with options for a second.

The veteran shot-stopper moves to the Abbey Stadium after being released by Millwall earlier summer after more than nine years spent in south-east London.

Forde, who turns 38 in December, was sought by boss Shaun Derry as a replacement for Will Norris who joined Wolves last week, and the United boss was pleased to sign a player who helped Portsmouth to the League Two title last season as a loaned player.

“Once Will departed, we decided that we would aim to bring in an experienced keeper,” Derry said.

“There was one stand-out candidate. David arrives with a glowing CV that very recently has a League Two winner’s medal attached to it.

“He showed last season that not only is he a prime goalkeeper but a terrific leader too.”

Capped 24 times by the Republic of Ireland, Forde won promotion with Millwall in 2009 and also represented the club twice in two play-off finals, winning one and losing one.

With the Amber Army harbouring play-off ambitions of their own in League Two the goalkeeper expressed how the move felt like a good fit once he had talked with Derry.

“When I spoke to the head coach, he was very ambitious and that was backed up when I spoke with Ben (Strang, head of football operations) and Jez (George, chief executive). Everyone has been very positive about progress at the club, what we hope to bring this season and going into the future,” Forde told the club’s official website.

“The club obviously just missed out on the play-offs last year, and I have my own ambitions to get another promotion again, so that was a big part in making my decision.”

All in all Forde made 339 appearances for Millwall and was ever-present for Pompey last season keeping 19 clean sheets in 47 appearances.