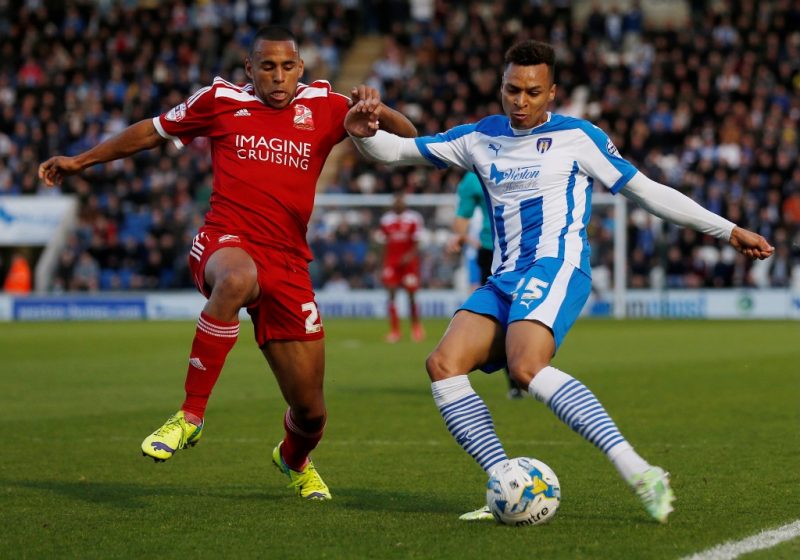 Portsmouth have completed their first signing since being promoted to League One with the arrival of defender Nathan Thompson.

The full-back, 26, has signed a two-year deal on the south coast and will officially join Pompey on July 1st when his contract with former club Swindon Town expires.

While most comfortable at right-back, Thompson is also capable of playing in the centre of defence or in midfield, and Joe Gallen is delighted to have brought in a player of such versatility and quality.

Speaking to Pompey’s official website, the assistant manager said: “It’s nice to get the first signing over the line and we’ve brought in a very talented and experienced League One performer.

“We’ve got every confidence in Nathan that he’s going to do extremely well for Pompey.

“”He’s a good ball player and is an excellent talker and motivator – and he can play in a number of positions.”

Thompson came through the youth ranks at the County Ground and made 187 appearances for the Robins, helping them win promotion from League Two in 2012 and captaining them to the League One play-off final in 2015.

After signing his first contract with Swindon in 2009, Thompson is now ready for a new challenge and said: “It’s fantastic to join Portsmouth – the size of the club and what they’ve achieved in the past is a huge attraction.

“I signed for Swindon at the age of 12, so it’s a strange feeling to leave, but coming here is amazing and I’m looking forward to the new campaign.

“There’s a real feel-good factor around the place after what happened last season and it’s exciting to be a part of that.

“With the fan-base we’ve got, this club should be in the Championship or Premier League.

“The season ticket sales have gone past 10,000, so I’m looking forward to walking out at Fratton Park on August 5.”