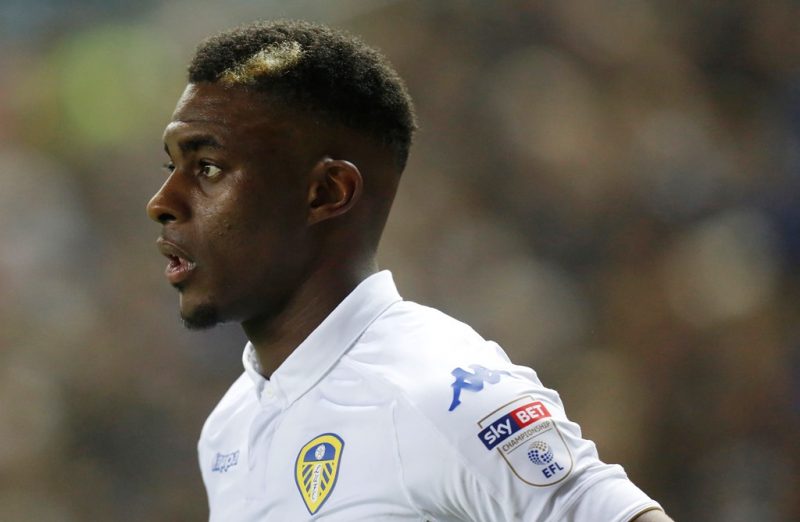 Leeds United have completed the signing of Sporting Lisbon winger Hadi Sacko for an undisclosed fee.

The 23-year-old enjoyed a season-long loan spell at Elland Road last season, playing over 40 times and scoring twice for Garry Monk’s men as they came seventh in the Championship.

It had been rumoured earlier in the season that Sacko’s Portuguese owners had slapped an astronomical buy-out clause of roughly £30 million on the exciting young winger, but Leeds are thought to have paid £1.5 million for his services.

Upon signing his three-year deal with the club, Sacko told LUTV: “I’m very happy now, I’ve got an objective, I have come here to play and I am very excited about starting these three years with Leeds.

“The club offering me this deal is very good for my confidence and I am really looking forward to getting started again.

“I really enjoyed last season with Leeds, I played 42 games in my first year in England, which I was very happy about.

“I feel like I have adapted to the English game, but I need to prove it more, however playing 42 games is a good season personally and I hope to play even more over these next three years.”

Sacko’s arrival at Leeds is the first under Andrea Radrizzani, and while the new owner continues in his search for Monk’s replacement, Leeds’ latest recruit is just concentrating on pre-season, and can’t wait for the new campaign.

“It is very special to play at Elland Road, the fans are always very good and I hope it can be replicated again next season and throughout the three years.” said Sacko.

“I remember playing my first game against Atlanta in pre-season and I was wowed at the atmosphere and fans.

“It has been a long summer, pre-season is coming soon in two or three weeks and we will all be back to the job and I am very happy to start the new campaign with Leeds.”