Posted on May 23, 2017 by Adam Ellis in Featured, Latest News, Skybet Championship | 0 Comments 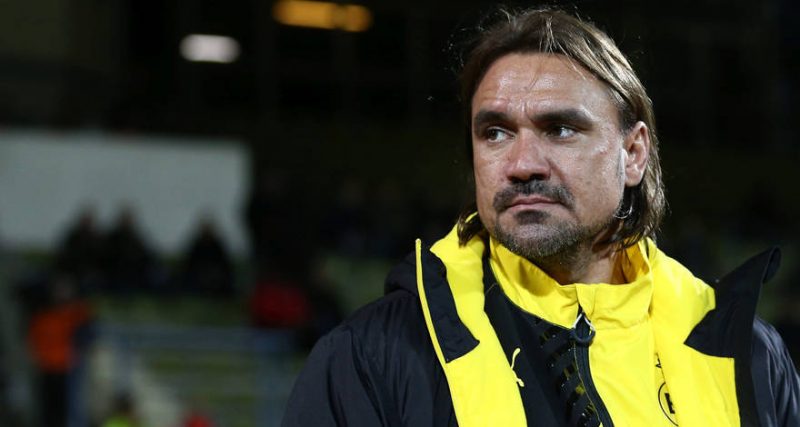 Norwich City’s drawn out search for a new manager is set to be put to an end with talks between sporting director Stuart Webber and Borussia Dortmund II head coach Daniel Farke now close to an agreement.

The Canaries have tabled a two-year contract according to the Press Association, but they are understood to not be the only suitors chasing the German’s services with Bayer Leverkusen and Darmstadt 98 also interested.

Turning down an improved deal to stay at Dortmund, Farke commeted on his future, saying: “It is clear that the next stage will be in the absolute top spot with a first team. I have already said that. What is also certain is that I will only do things that I am 100 per cent convinced of and that I have a 100 per cent desire to do.

“I do not know where and how that will be. I wanted to conclude the talks with BVB. And now I will look at what might suit me.”

Farke replaced David Wagner as the coach of BVB’s second-string side when his predecessor was headhunted by Webber to take charge of Huddersfield Town.

The 40-year-old guided Dortmund II to the runners-up spot in the Regionalliga West – a sub-division of the fourth tier of German football – losing only three of their 34 matches in the league.

Enjoying a modest playing career in Germany’s lower leagues in the 2000s, Farke has gone on to become a well-respected coach and confessed that his ambitions lie at the very top of the game.

Revealing the decisions why he will allow his contract to expire, Farke said: “There were four reasons. On the one hand it was now the right time. The contract expires. Everything good, everything clean.

“On the other hand, because I believe that we have fulfilled our mission.

“And fourthly, I feel that now is the possibility to go this step.”

Norwich sacked Alex Neil in March after an inconsistent return to the Championship put an end to their hopes of bouncing back to the top flight.

Fellow Scot Alan Irvine took over as caretaker manager as the Canaries performed a reshuffle in the club’s operations. Under his leadership, City won five of their last nine to finish 8th in the Championship table.