The FLP’s Alternative Awards 2016-17: Comeback of the Year 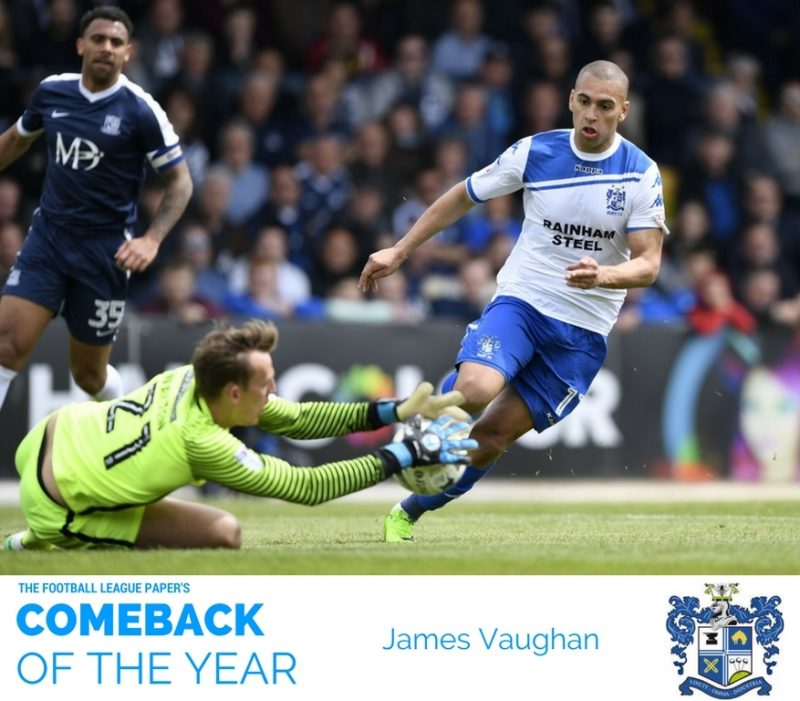 Severed arteries. Three knee operations. Torn muscles. And that was just in his teens. Since Vaughan made his Everton bow at the age of 16, his body has been battered like the heavy bag at Anthony Joshua’s gym.

So much, in fact, that the 28-year-old striker had scored just 42 career goals by the end of the 2015-16 campaign, an average of four per season.

Ditched by Birmingham in August, a move to Bury appeared to signal the beginning of the end. In fact, it proved an unexpected new dawn.

Vaughan has struck 24 times (that’s a third of his lifetime total) for the League One strugglers, almost single-handedly keeping them in the division.

“We are going to have to keep him under lock and key,” joked Shakers boss Lee Clark. “He can come and stay with me over the summer, bring his family. It’s going to be one hell of a fight to keep him.”