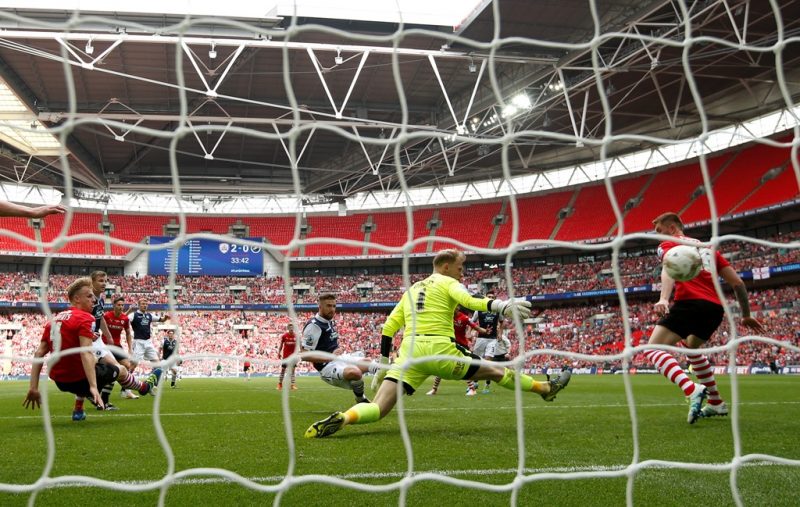 FAIL to prepare. Prepare to fail. Benjamin Franklin’s famous quote is tacked up on every dressing room wall from Wycombe to Washington DC.

As any coach will attest, success is anchored in forward planning. So why do we persist with the current play-off schedule? League One finished on April 30, the other divisions on May 6. Yet finalists Bradford and Millwall will not meet until May 20, while the winners of the Championship and League Two semis must wait until the following weekend. Crazy.

Any club entering the play-offs is already at a disadvantage. Unsure which division they will be competing in, they cannot know which players to target, nor how much income to expect.

Obviously, contingencies will be drawn up. But, when rivals are actively signing up players, approaching sponsors or appointing coaches, those plans aren’t much use.

By the time Bradford or Millwall climb the Wembley stairs, Sheffield United will have spent an extra three weeks honing their squad for the Championship. Is that fair? Not when you consider that whoever wins the play-offs is, by definition, the team requiring most surgery to thrive at the higher level.

It is also three weeks more training, more pressure and focus. While Billy Sharp and pals tweet photos from Las Vegas, Steve Morison is slogging away in Lewisham.

For supporters, too, the schedule is a strain on wallets and patience. In a standard year, all three finals are held on a bank holiday weekend. That means packed carriages or motorways, followed by inflated London hotel prices. A family of four, traveling by train, will shell out north of £600.

Of course, we all know the EFL faces commercial pressures. Paymasters Sky call the shots, and staging the play-offs after the Premier League has concluded guarantees more lucrative sponsorship and bigger viewing figures.

In turn, the EFL brand gains greater exposure, with the three finals collectively beamed to some 250 ‘territories’. Ching, ching. But that doesn’t make it right. In the interests of integrity, the EFL should scrap the current format.

Instead of two-legged semi-finals, play just one match with the higher-finishing side given home advantage.

This system, as advocated by FLP columnist Graham Westley last week, is used successfully in Non-League and would serve to speed things up and give successful sides a more appropriate advantage.

Gone, too, would be the gripes of vanquished Fleetwood boss Uwe Rosler who claimed – with some justification – that in bussing to and from Bradford for the first leg, his side were disadvantaged versus opponents required to travel only in one direction.

Had this revamped schedule been used this season, every division could have finished on Saturday, April 29.

Single-game semi-finals would then have been on Wednesday, May 3, with the finals on May 13. Everyone would benefit, apart from the moneymen, of course. And that’s why it will never happen.