Evans column: Give Gary Bowyer the credit he deserves for reviving Blackpool 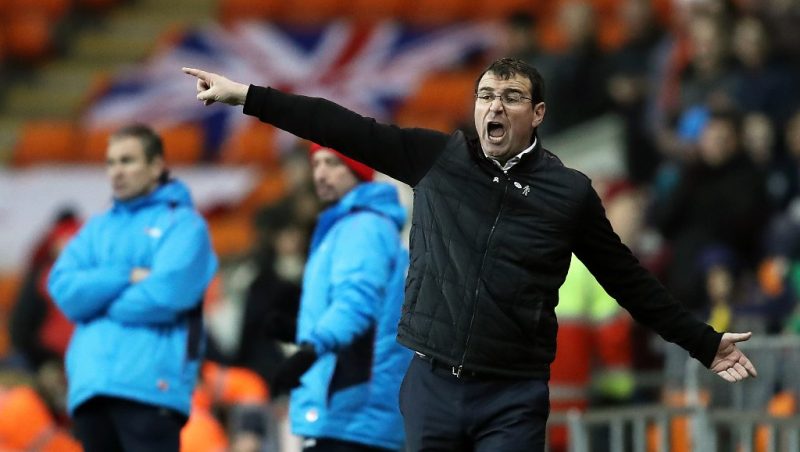 WHEN I look for the potential winner of the League Two play-offs, I ask myself: Who caused us most problems? Who really gave us a game?

And the team I always come back to is Blackpool. The way Gary Bowyer’s got them organised, the style of football they play. They’re a big, physical side who will be difficult for anyone to beat.

When Gary was at Blackburn, people didn’t realise what a good job he was doing. Now they’ve been relegated to League One, it’s clear what he achieved.

He worked wonders in difficult circumstances and, to an extent, he’s done it again. We went up to Bloomfield Road in January and won 1-0.

Looking around that day, I think it’s fair to say the Blackpool supporters had deserted it. That’s tough for any manager.

But I’ve got a feeling they’ll come back for this and I really hope they do. There aren’t many better sights in football than seeing that ground full of orange and white in the sunshine.

I know fans have their reasons for staying away but Gary deserves it and, in a competition that will be decided by the finest of margins, that support could be what gets them over the line.

Like I say, though, these play-offs are so tight. There are no favourites, no underdogs. The reality is that any of them can win it. If Ollie Watkins plays well, Exeter are dangerous.

If Danny Hylton’s on fire, it means Luton play well. The Hatters will also be backed by a tremendous support. Ultimately, it will be about who rises to the occasion – on and off the pitch.

What’s intriguing about the Championship play-offs is the clash of styles. You’ve got Sheffield Wednesday’s counter-attacking, Huddersfield’s pressing, Fulham’s all-out attack and Reading’s possession-based football. It just shows you there are a million ways to be successful.

So which style will win a place in the Premier League? When I sit back and think it through, I cannot see past Sheffield Wednesday.

They have quality players like Fernando Forestieri, arguably the strongest squad in the division and will be backed with an incredible support.

Like my old club Leeds United, they know how to create an intimidating wall of noise.

Fulham are in form and will be a threat. Huddersfield Town have been brilliant all season under a top chairman in Dean Hoyle. Nobody deserves promotion more than him. If Wednesday are to be victorious they will need to earn it.

In League One, we know the finalists – Bradford City and Millwall, who lost out to Barnsley in last’s year’s final.

This is one game I am really struggling to call. Both have good managers and tough, talented players.

At a push, I am going with the Bantams. I just have a feeling that they may better suited to playing at Wembley.

But I wish both Stuart McCall and Neil Harris all the very best. They are two good men and whoever goes up it will be richly deserved.

*This article originally featured in The FLP’s 14 May 2017 edition.