Posted on May 12, 2017 by Matthew Bishop in Featured, Latest News, Skybet Championship | 0 Comments 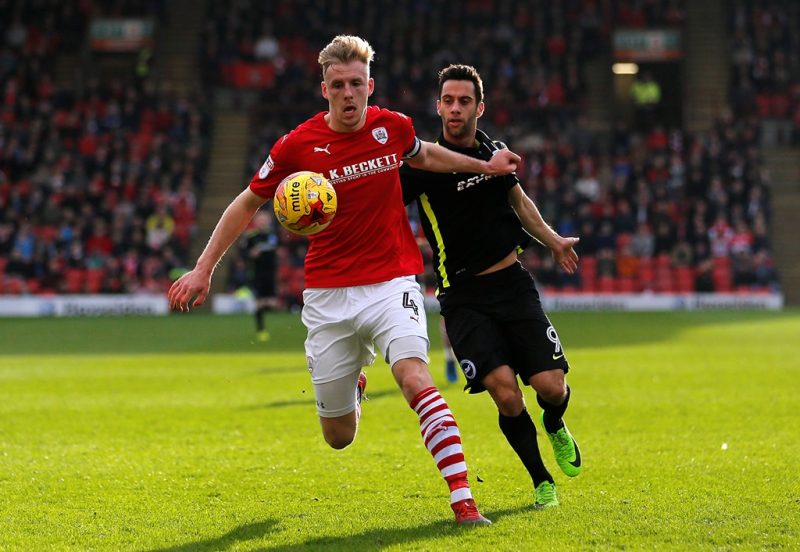 WHO’S to say just how far Marc Roberts’ career will go? After all, he seems to have found life in the EFL a relative doddle so far.

He’s one of the latest in the booming trend of players blazing a trail in the professional ranks after being plucked from relative obscurity.

In just under two seasons the defender has helped Barnsley win the League One play-off final at Wembley and then retain their Championship status quite comfortably.

A Barnsley boy by birth, the 26-year-old even became the captain of his home-town club three months ago, and he’s already been linked with a multi-million pound move to the Premier League.

It’s been quite a rise for a man who first played senior football in Division One North of the Northern Premier League.

From the outside, it might appear that Roberts, who arrived at Oakwell in May 2015 after catching the eye at National League Halifax Town, has adapted to the senior ranks with consummate ease, but he admits it’s been a whirlwind.

“It feels like I’ve had five seasons rolled into two,” said the former England C international, speaking after taking part in the Kits for Kids campaign, run by Wickes, official partner of the EFL.

“I’ve come a long way since leaving Halifax. I was 24 when I moved to Barnsley and I’d got to the point where I felt I had to make it then or do the right thing and look for another career.

“I’d never been at an academy. I just went straight into men’s competitive football in Non-League and worked my way up from there.

“There are moments when you doubt yourself, but you just have to step up to the plate and I’m ever so proud of what I’ve done so far.

“The coaches at Barnsley have been great. They’ve had me working on areas I’d never thought of before and I’ve developed so much as a player.” 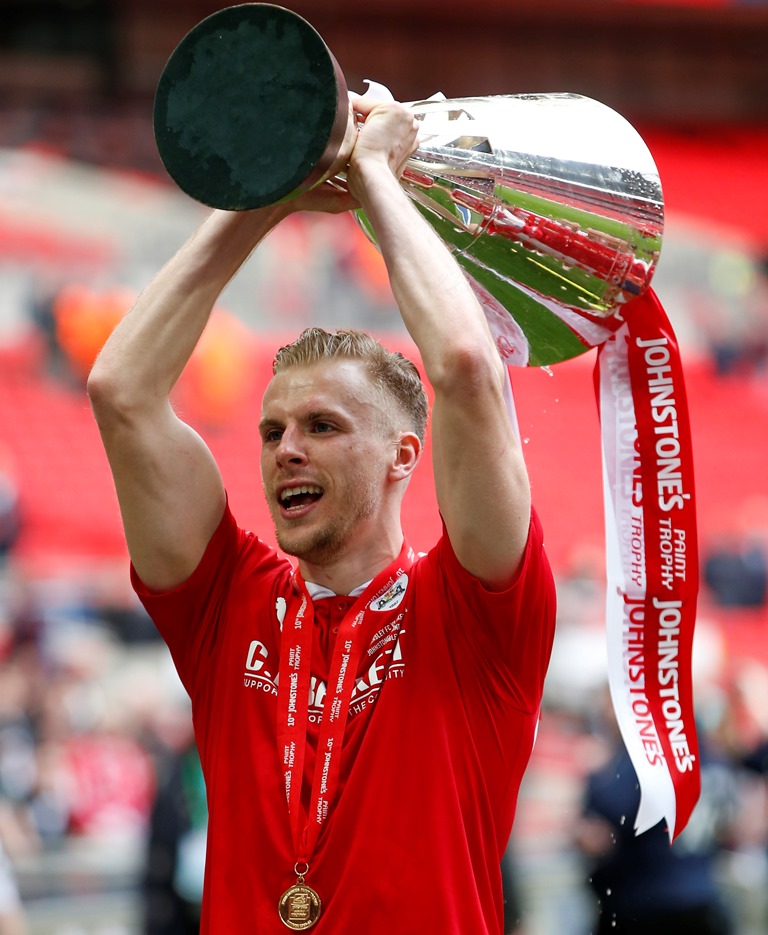 Roberts, whose Non-League roll of honour also includes Wakefield Town, Worksop Town and Buxton, probably never imagined he’d need to make so much extra room on his mantelpiece during a sensational first season with the Tykes.

The defender’s maiden campaign at Oakwell proved a glittering one, with Roberts helping Barnsley to beat Oxford United 3-2 at Wembley last April and winning the Johnstone’s Paint Trophy for the first time in their history.

Less than two months later, he was back at the home of English football clutching yet another piece of silverware. Roberts again played 90 minutes as the Tykes saw off Millwall 3-1 to win the League One play-off final.

Despite those two unforgettable victories, a far more personal moment to savour arrived in January this year, when Roberts was appointed Barnsley captain after Conor Hourihane left for Aston Villa.

The Tykes skipper’s form has not gone unnoticed.

In much the same way as his former central defensive partner, Alfie Mawson, who joined Swansea for £5.5million last summer, Roberts has been linked with the likes of West Brom and Burnley, who were even rumoured to have agreed a fee with Barnsley in January.

“You see these things and you have to try to take it all with a pinch of salt,” he said.

“You try to ignore it when you’re linked away, but it happens to a lot of people at this club. It’s testament to the coaching staff here that there are rumours about so many of our players.

“I’m just concentrating on leading Barnsley out at Oakwell and wearing the captain’s armband with pride.”