Paul Senior resigns at Blackburn following drop into League One

Posted on May 8, 2017 by Adam Ellis in Featured, Latest News, Skybet Championship | 0 Comments 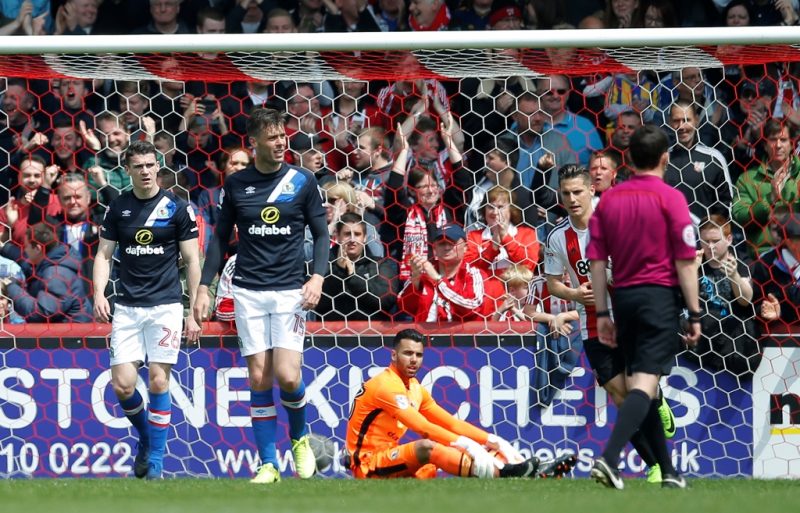 Blackburn Rovers director of football and operations Paul Senior has resigned following the club’s relegation from the Championship on Sunday.

Despite victory against Brentford at Griffin Park, Rovers were relegated to the third tier of English football as Nottingham Forest and Birmingham City battled their way to safety at the expense of Tony Mowbray’s side.

Less than 24 hours after their fate was sealed Senior has quit his post to end a short stay at Ewood Park.

“Paul Senior has today resigned from his role as director of football and operations,” said a statement on Blackburn’s official website.

“The club would like to thank Paul for his efforts and wish him well in his future endeavours. Paul would like to go on record by wishing Tony Mowbray, the club’s loyal and hard-working staff and fantastic fans the very best good fortune forward.”

Senior was brought in to the club in January – precisely 123 days ago – to head up the recruitment department and to act as an intermediary between owners Venky’s and the then manager Owen Coyle.

When Coyle was jettisoned by the club hierarchy in January, Senior was the only point of call to Coyle’s successor Tony Mowbray who was handed an 18-month deal.

As Rovers take time to reflect and prepare to transition from a Championship playing budget to one suitable for League One, Mowbray has signalled his intention to hold talks with Venky’s over his future.