Harris apologises to fans ahead of latest Wembley trip

Posted on May 8, 2017 by Matthew Bishop in Featured, Latest News, Skybet League 1 | 0 Comments 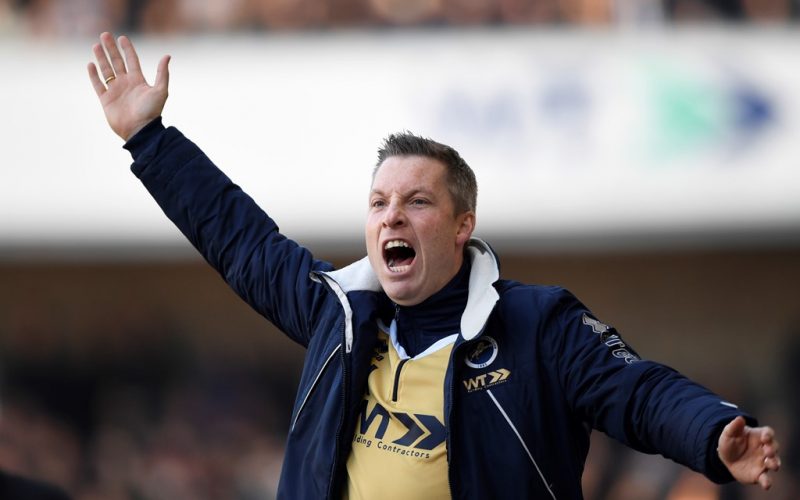 Millwall manager Neil Harris has jokingly apologised to fans after his side reached the League One play-off final at Wembley.

After beating Scunthorpe over two-legs, the Lions reached Wembley for the fifth time in eight years, having made four play-off finals and an FA Cup semi-final since 2009.

It is an excellent record, that could have been even better had Harris’ men beaten Tottenham earlier this year in the quarter finals of the FA Cup, but the Millwall boss is “sorry” fans have to fork out for another day at the national stadium.

The 39-year-old told Radio London: “You have to remember it’s not cheap going to Wembley.

“I’ll have to apologise to our fans, I suppose!

“It’s not cheap taking the kids, taking your wife, and your uncle and aunt, and your mother-in-law who wants to go for the first time in 15 years to a game of football, but they’ll come.

“Bradford will bring a big crowd, it’ll be an almost sold-out stadium I’m sure and they’ll make some noise.”

Millwall snuck into the play-offs on the final day of the season, pipping Southend to sixth spot after Shaun Hutchinson’s late header sealed a dramatic away win over Bristol Rovers.

However, Harris believes that a stronger start to the season and a shorter cup run might have resulted in a greater season, although he’s delighted to have another shot at Wembley glory.

“For me, slightly better individual performances at the start of the season from big players, from experienced players, and take the cup run out of it, I think we’d be in the top two,” said Harris.

“But now we’ve got an opportunity to do it the best way, and winning the play-off final is the best way to get promoted.

“We’ll study Bradford diligently, prepare for next week and pick a team that’s capable of winning the game.”