STEVE WIGNALL admits he cannot look at the Nottingham Forest team photo of 1976-77 without wondering what might have been.

Wignall joined Forest on loan at the start of what turned out to be the start of something special at the City Ground when Brian Clough led them to promotion and the Anglo-Scottish Cup.

Within a season, they were First Division champions. Back- to-back European Cups followed all without Wignall, who was denied the chance to impress.

The Liverpool-born youngster was sent off at the end of the 1975-76 season and the suspension was carried over, ruling him out of competitive action.

Clough decided to look elsewhere, sending Wignall back to Fourth Division Doncaster, but not until he had taken his place in the pre-season team photo.

“We played the last game of the season against Scunthorpe at home, a local derby which was always keenly contested.

“I had heard a little rumour that Brian Clough was coming to watch me. He hadn’t long been in charge at Forest.

“Terry Curran, one of my old playing mates, was there and tipped me the wink they were interested. Stan (Anderson, Doncaster manager) didn’t tell me anything, as usual.

“I was only on the pitch for two or three minutes and got sent off. I think it was one of the quickest dismissals at the time.

“It was nothing to be proud of and, even worse, Cloughie was there to watch me. He asked to take me on loan and I would join the team on their pre-season tour of Germany.

“Stan asked if I’d be interested. I hesitated for a millisecond and answered ‘yes’. It was the chance to play in a higher division.

“I was involved in all the games we played and did OK. Peter Taylor told me they were very pleased with my contribution.

“My month-loan period was coming to an end, but unfortunately I hadn’t been able to play in the early-season games back in England because of my suspension.

“This may have had a bearing on the final outcome, but I will never really know. The manager and his assistant called me into their office.

“And, after quite a long deliberation, they said they had decided not to sign me. They felt I would be good enough but needed a bit more time to adapt to what was needed immediately.

“I was disappointed to say the least. I had felt this was my one chance to break into the big time. The achievements of that Forest team are legendary.

“I still look at the team photograph taken that pre-season and wonder “if only”. I was only 21 and felt I would have adapted.” 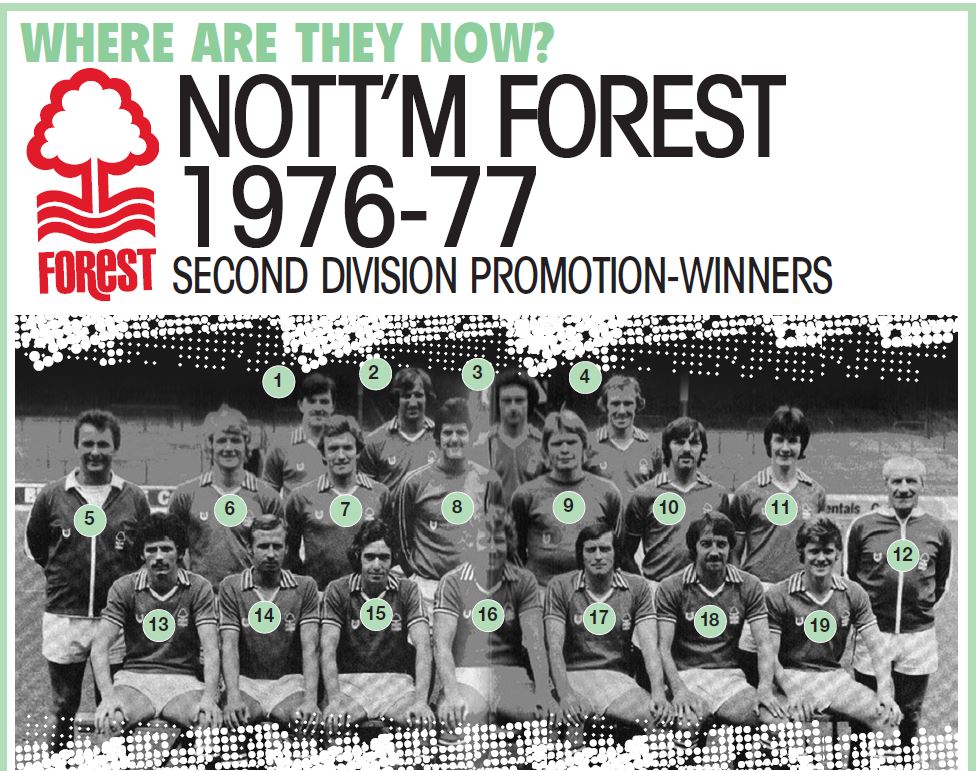 Tony Woodcock: England striker who coached in Germany, worked as an agent, in financial services and  ran a media company with Viv Anderson. Son-in-law is England rugby star Mike Brown.

Garry Birtles: England striker now working as a pundit for Sky Sports. He also had a seafood business in Grimsby.

Peter Withe: England striker who managed Wimbledon and then in the Far East until last year.

Larry Lloyd: Defender who ran a pub in the city. Now lives in Spain and worked for a property firm.