Posted on May 2, 2017 by Matthew Bishop in Featured, Latest News, Skybet Championship | 0 Comments 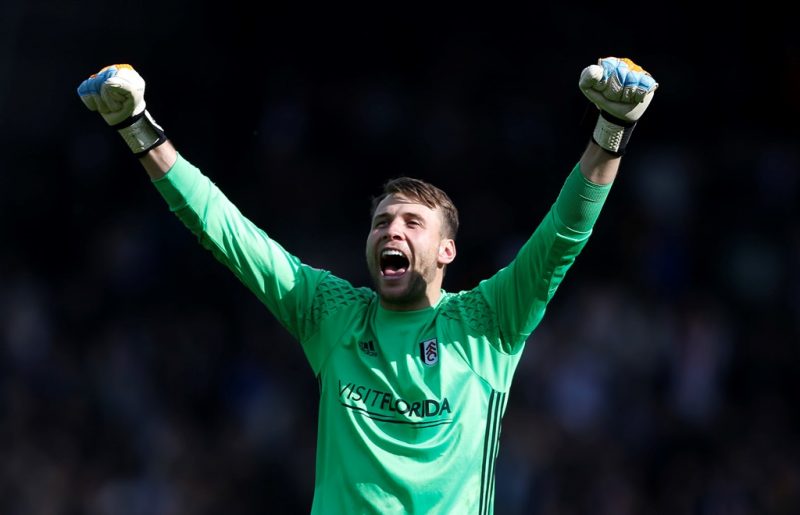 Fulham goalkeeper Marcus Bettinelli is dreaming about a trip to Wembley with boyhood club Fulham and taking the Cottagers back to the Premier League.

After Saturday’s 1-1 draw with bitter-rivals Brentford, Slavisa Jokanovic’s men all but secured their place in the Championship top-six after Leeds were held to a 3-3 draw at home to Norwich.

Barring an almost unfathomable 13 goal swing, Fulham will finish sixth and face either Huddersfield, Reading or Sheffield Wednesday in a bid to reach a promotion showdown at Wembley.

Play-off glory would be an excellent achievement for the Cottagers, having come 20th last season, and extra special for Bettinelli, who told Get West London: “Winning promotion would mean the world.

“To have my family there and see all the fans, I know how special this club is and I know the fans want to be back in the Premier League.

“When I was coming through the academy we were in the Premier League and it was a special time and I want to be apart of that and be part of that winning side that takes us back to the top flight.

“It would be amazing to do that at Wembley and that’s our aim but we have a tough couple of games to get there first and we’ll focus on them first.”

Bettinelli has endured an indifferent season, spending much of it on the bench as David Button has been Jokanovic’s preferred number one, but recently the academy graduate has been picked ahead of the ex-Brentford man.

The 24-year-old’s reintroduction to the starting line-up has coincided with Fulham’s stunning end-of-season form that has powered them into promotion contention, but the ‘keeper said: “We’re a team, we aren’t individuals.

“Yeah, the gaffer has brought me in, but that isn’t the reason why we’ve won the last four before today [against Brentford] and been unbeaten.

“The reason is we’ve stuck together and had difficult games and managed to get through them.