Home / Featured / Harrison: Pools fans had every right to boo us off after Orient defeat

Harrison: Pools fans had every right to boo us off after Orient defeat 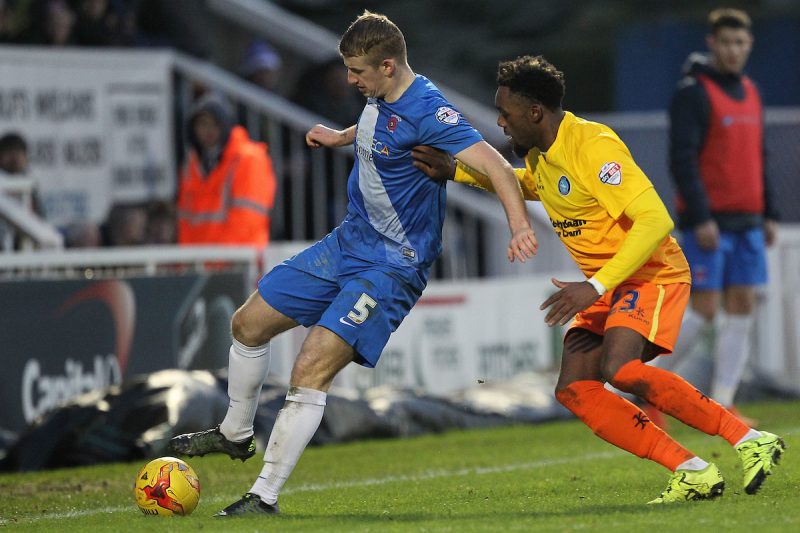 A large travelling support of 351 made the long journey from the north-east to London on the Bank Holiday but were made to voice their disappointment by booing off their team, as a lacklustre first-half performance ended up costing them the chance to pull away from Newport County.

“There was 350 fans at Orient and we absolutely let them down. It was embarrassing,” the 23-year-old told the Hartlepool Mail after the 2-1 loss at Brisbane Road.

“We got booed off at half-time and full-time and it was fully deserved.

“As a player, it’s easy for us to take that in a negative way but we need to move on. The fans have been fantastic.”

Three-straight victories by Newport County has sucked Hartlepool into a relegation dogfight with just one point separating United from Michael Flynn’s side in 23rd.

And Harrison has called on his fellow players to rediscover the belief and form they showed during the Great Escape of 2014-15, when five victories in their last eleven matches helped them stay up despite losing 25 games and scoring the fewest goals in the league (39).

“It just feels like it [the fight] comes and goes a bit now and it needs to be 100% all the time.

“It feels that the lads are letting the pressure get to them, but we need to stand up and be counted for three more games.

Dave Jones’ side face out of form Barnet and Cheltenham Town prior to hosting League Two leaders Doncaster Rovers at Victoria Park on the last day of the season.