Warne: ‘There won’t be a massive clearout, more reorganisation’ 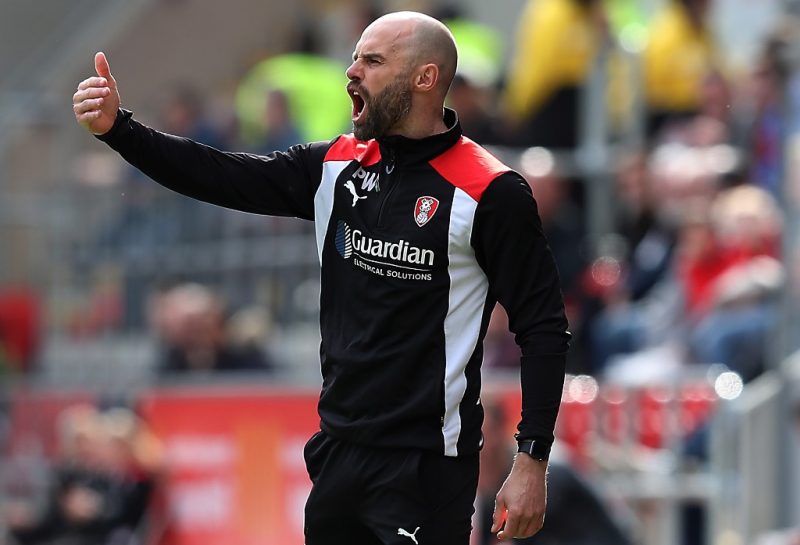 NEW Rotherham boss Paul Warne has admitted he doesn’t have a clue how well his appointment went down with the fans.

Warne, in caretaker charge since the shock resignation of Kenny Jackett in November, won just three of his first 23 matches and last weekend oversaw the inevitable relegation to League One.

But chairman Tony Stewart is convinced the 43-year-old is the man to revive the Millers and this week handed him a one-year rolling contract.

The decision has received a lukewarm response from many supporters. So, what does Warne, a Rotherham legend who played moe than 250 games for the club, make of their reaction?

“I don’t actually know because I’m too scared to go on twitter!” said the former striker. “I’ve had a lot of emails and texts from people I know, all really pleased that one of their own is in charge.

“But, let’s face it, they are biased. Like any managerial appointment, I presume there’ll be a minority – or even a majority – of fans who wanted someone else.

“It’s not that I think they don’t like me. I just think they would have preferred a new face. I understand that because of the run we’re on, and if I was in their position I’d probably have the same doubts.

“But loads of people have taken over here with no track record and been successful.

“All I can do is put a good squad together and, if they do well, then I’m sure people will be won over.”

Stewart has promised Warne a healthy budget to rebuild for League One, with former Miller Ben Pringle among those already on his radar.

As for the rest, Warne says attitude is more important than ability.

“Unfortunately, these lads have been psychologically damaged,” he added. “There’s no disputing that. But there are some gems in that group.

“I wouldn’t say it’s a massive clearout, more a chance to re-evaluate and reorganise.

“We’ve been in the Championship for a couple of years now and we brought in a lot of players who were either inexperienced or the wrong side of 30.

“We need young, energetic players with something to prove, who think it’s a privilege to play for this great club.

“If that’s from the lower leagues, even Non-League, then so be it. I’m not a football snob.

“I’ve spoken to a few and I’ve told them what to expect in pre-season. It’ll be brutal. I’ll try and break them, SAS style. Not just for the physicality of it but for mental strength.

“Sometimes, people forget how much you need that when things aren’t going well and 15,000 people are on your back.

“We’ll eat together, have meetings, train in the afternoons and do individual work.

“I want a completely different philosophy here. I want to bring a bit of pride and vibrancy back.”

Warne, who will spend 16 days in Belfast starting his coaching badges, said in February he was ambivalent about taking a permanent post in the dugout, fearing his standing among Millers fans could be damaged. So what changed?

“Nothing really,” he said. “It’s not that I’ve had a great swing from hating it to loving it. And I’m under no illusions that it will be a very tough job.

“It’ll probably be the biggest challenge of my life, but that doesn’t mean I shouldn’t have a go. I’d rather be a brave failure than someone who looks back with regret. I still don’t see myself being a ‘career’ manager.

“I don’t see myself being here for two years and then going somewhere else.

“So I’ll give it a go. I know the consequences of failure. Whatever happens, I believe I’ll pass the club on in a better state.”