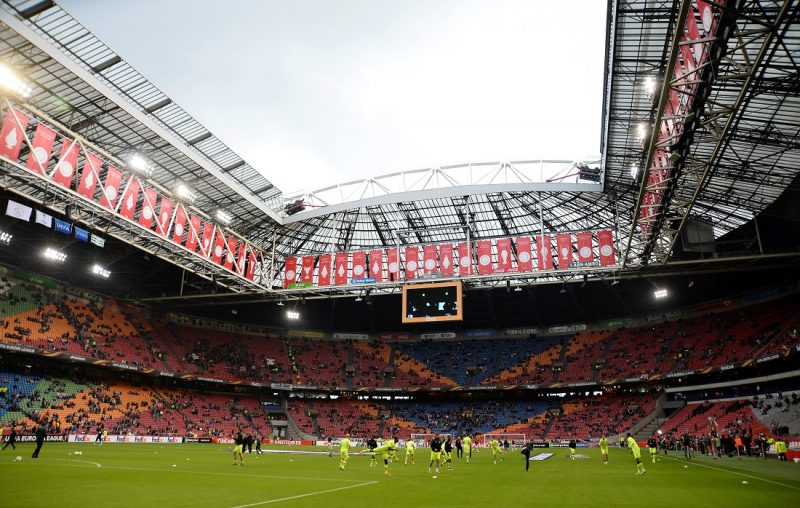 If you can’t be the Dutch, buy the Dutch.

The spirit of the late Johan Cruyff’s Total Football thesis provided an idea for mastering technical ability and ways in which to use it.

Then, in 2002, Louis van Gaal implemented a network that would connect 3000 amateur clubs closer to professional clubs.

Top talents could be handed trials and signed to Eredivisie clubs or to the second tier Eerste Divisie and developed through the country’s facilities often lauded over here in England.

Not only should the Dutch be renowned for their emphasis on home-grown player growth, they ought to be recognised for their needle in a haystack scouting as a couple of players in this list could attest to.

A ruthless box-to-box midfielder who has represented Holland at all national youth levels up from the Under-17s.

Dogged despite his miniature stature, Ayoub is capable of turning into a defensive Jack Russell to turn an opposition’s attack on its head and into Utrecht’s own counter.

His world class potential in playing through balls needs only to be consistently proven in one of Europe’s top leagues. Until then, we can marvel at it in the EFL.

Likened to Edgar Davids, the Moroccan-born midfielder has been one of the form central midfielders in the Dutch top flight this season. Scoring four goals and contributing four assists on top of very consistent performances.

Operated best in a 4-2-3-1 formation as one of the holding midfielders allowed to get forward, the 23-year-old would be a valid option for Huddersfield Town boss David Wagner to consider as a replacement for loanee Aaron Mooy.

The scouting staff at Vitesse drew Excalibur out of the stone when discovering unknown teen Rashica at Kosovan minnows KF Kosovo Vushtrri, and lured the 18-year-old to the small city in east Netherlands.

A native of Vushtrri, Rashica’s family fled war-torn Kosovo when he was two to seek refuge in Albania.

Fast forward from his harsh upbringing to his current age of 20 and the winger’s hardships have eased from survival to a tussle with identity.

With Kosovo’s acknowledgement by UEFA as an associate nation in 2015, Rashica had the split decision of continuing to add to the 2 caps he had accumulated with the Albanian senior team or to apply to represent the country of his birth.

Siding with Kosovo, Rashica has since starred for club and country by excelling in displays that have turned defenders inside out with his on-a-pivot dribbling skills. 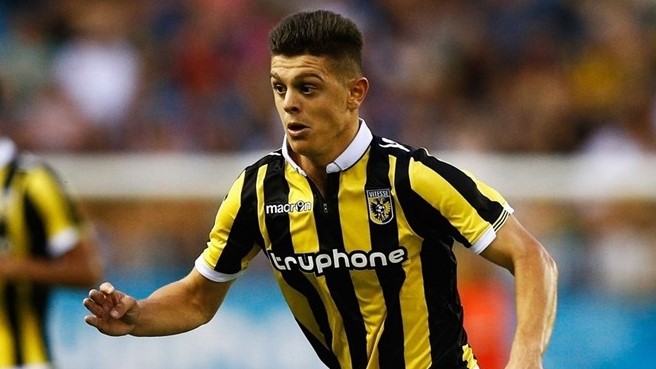 Converting eight goals for the Arnhemmers last season from out wide in the absence of a striker of quality, Rashica has turned provider this year after the summer signing of Ricky van Wolfswinkel gave Vitesse a more complete attack.

For head coach Henk Fraser to part with the Kosovan will cost any Championship suitors between £6-7million the Dutch club value him at.

If you need a right-sided winger who can create, score and lift the home crowd or silence them in away trips, Rashica is your Excalibur.

Mr Plan B. If you have been a distant admirer of the reinvigorated Kenneth Zohore at Cardiff this season you will want to take a look at the raw talent of Nijmegen’s young son Grot.

A workhorse target man standing 6’4″, with guidance the teenager has the make-up needed to lead the line of a Championship team’s attack.

Thrust into the first-team fold at the start of the season by coach Peter Hyballa, following the sales of prolific striker Christian Santos to Alaves and plamker Anthony Limbombe to Club Brugge, Grot has added valuable depth in attack.

Possessing a surprisingly good first touch and a devilish appetite for causing defenders headaches with his movement, the Dutch youth team international has operated up front as well as on the right wing for NEC.

Returning a tally of five goals in 14 Eredivisie appearances, Grot represents a cheap option for Simon Grayson to bring in at Preston and should allow Simon Makienok’s loan to run its course.

Grot’s contract is due to expire in the summer of 2018. 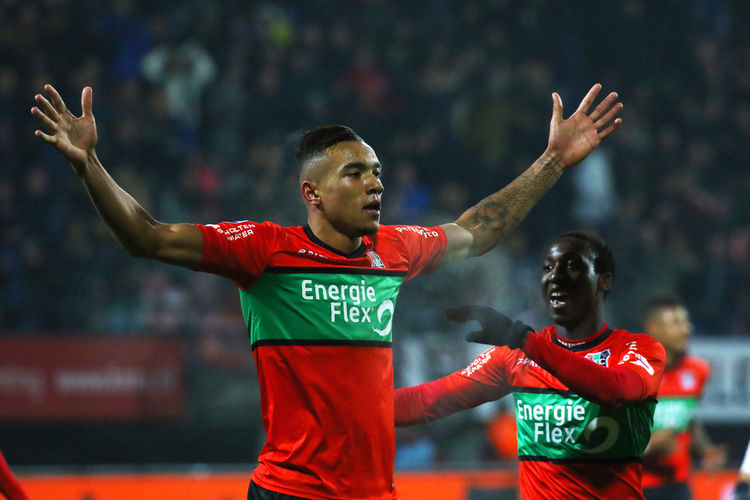 Wingspan: Jay-Roy Grot can play up front or on the wing

Unfairly overshadowed in football circles by the news of Martin Odegaard’s arrival on loan from Spanish giants Real Madrid, Zeneli has been overshadowed on the pitch by another team-mate in Sam Larsson.

While Larsson looks destined to be linked with a move to the Premier League, Championship scouts tasked with finding a wide player to break opponent’s defensive ranks should look no further than this dribbling whizkid.

Tagged by the Frisian fanbase as being like the club’s famed icon of the 1940s and ’50s Abe Lenstra boasts no small measure of expectation on Zeneli’s shoulders.

Bought by Heerenveen in 2015 for £1.8million from Swedish club Elfsborg, Zeneli played through an episode of homesickness prove his class to earn the nickname ‘Swedish Messi’.

Self-styled as a “fast, technical player who likes to take action,” the Kosovan international’s key part in Herenveen’s attack alongside former Charlton man Reza Ghoochannejhad won’t see him leave on the cheap.

His goalscoring exploits have seen commentators exclaim his name six times this season to become the form left back in the Eredivisie this season.

The 21-year-old has become ever-present under head coach Ron Jans at Zwolle, reverting to left back at the turn of the year after playing mostly in midfield.

Warmerdam’s versatility presents a saving grace to parent club Ajax, with boss Peter Bosz forced to shift Daley Sinkgraven to left back from his natural position in midfield.

Ajax outcast Mitchell Dijks has the option of turning a move to Norwich City permanent at the end of the season after joining them on loan in January. A welcome replacement after the sale of Martin Olsson to Swansea left a void in the Canaries defence.

Should Alex Neil’s successor agree with the Scot’s assessment that left back is a problem area for the City, Warmerdam may well be a player they opt for ahead of Dijks.