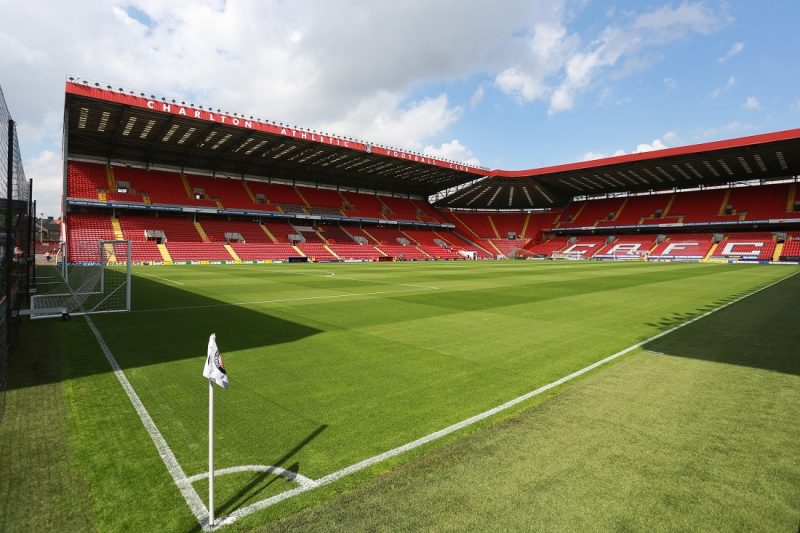 22 Metropolitan Police officers will lead a tribute to their former colleague, who confronted terrorist Adrian Ajao as he sought to enter the Houses of Parliament in the Westminster attack on 22 March.

Palmer was stabbed by Ajao and would succumb to his injuries on the day three other innocent citizens were killed and dozens injured.

With the scarf they laid over long-term season ticket holder Palmer’s seat, Charlton will dedicate their match against boss Karl Robinson’s former side to Palmer’s family and colleagues.

50 per cent of the income from matchday ticket sales will be donated to the officer’s family, with Charlton players also offering all of their appearance fees towards the remembrance of Palmer.

His brother will lead out the two sides before kick-off, whereafter club and Police representatives will lay wreaths and hold a one-minute silence.

In addition, Charlton’s coaching staff will wear armbands emblazoned with Palmer’s warrant number – ‘P204752’ – while the players’ jerseys will also have the number embroidered onto their sleeves.

22 Policemen will join us in paying tribute to their former colleague PC Keith Palmer this evening https://t.co/YEib7YXO0X #cafc pic.twitter.com/9c0xAvOdZQ

“We’ll be proud to wear Keith’s warrant number on our shirts, but obviously we’d prefer it if he was there watching us,” Charlton boss Karl Robinson said at a press conference.

“It will be a very emotional evening. It’s never going to be enough, whatever we do, because a life has been lost and you can’t bring back a life.

“We want to help the family in what is a hugely difficult time. We are a united group. This event has certainly shaken us and rocked the nation.

“When someone tragically loses their life protecting us, and the public, we have to care and support the people who are left behind.

“What we are doing is a small price to pay. Money and what you can do with it is not relevant. The greatest gift we are all given is life.