Home / Featured / The FLP’s alternative Championship Team of the Season

The FLP’s alternative Championship Team of the Season 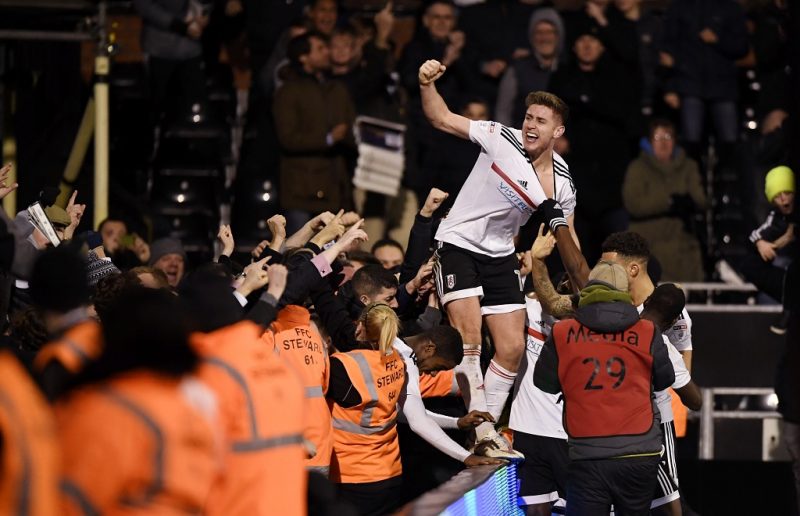 Despite the fact there is still over a month of the season left, and a lot of important football still to be played before the campaign reaches its conclusion, the EFL Team’s of the Season were announced on Monday, and as usual, sparked a lot of debate.

With a host of teams still having it all to play for in the Championship, and an abundance of stars plying their trade in the second tier, this team has arguably created the most controversy, with a number of notable absentees as the top teams have been rewarded the most heavily.

Second-placed Brighton have the most representatives with David Stockdale, Lewis Dunk, Anthony Knockaert and Glenn Murray all rewarded, while Newcastle, a point clear ahead of the Seagulls at the top of the league, have two players in the team – midfielder Jonjo Shelvey and star-striker Dwight Gayle.

Huddersfield, chasing an unexpected automatic promotion spot, also have two players in the end of season XI, in the shape of on-loan Aaron Mooy and full-back Tommy Smith, as do Garry Monk’s Leeds with cult hero Pontus Jansson and the league’s topscorer Chris Wood both deservedly named.

The only team outside the top-six spots with a player in the team of the season is Fulham, with left-back Scott Malone named the best in the division this term, and that is what has disappointed many fans – a lack of recognition for a mixture of players.

Some players, such as Knockaert, Wood and Mooy are certainly deserving of a spot in the Team of the Season, but we’ve had a go at making an alternative Championship best XI to recognise the others who have also had a stellar season, and arguably deserve a spot alongside the Championship’s best.

Much like Huddersfield, Reading have surprised many people this season as they’ve chased a place in the Premier League, but under Jaap Stam and with the ability of Omani international Al-Habsi between the sticks, the Royals have been in the play-off places since October.

The 36-year-old shot-stopper has played every minute of Reading’s campaign so far this season, and in his 38 appearances, has kept 12 clean sheets and made a staggering 117 saves – the most in the second-tier. He’s also imperative to the possession-based style Stam has implemented at the Madjeski Stadium, and a worthy alternative to David Stockdale in the Team of the Season. 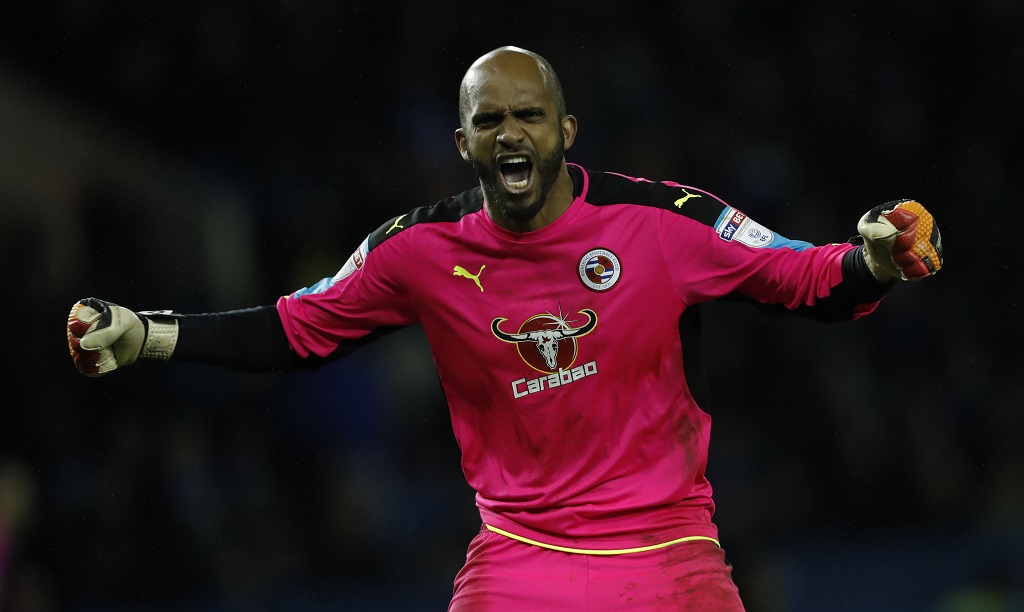 Fulham have been excellent this season, and if they had had more of a cutting edge, could be far further up the table; dropped points against Blackburn and Wolves in recent weeks, for example, have shown their unpredictability after excellent wins like the one away at Newcastle.

In that game at St James’ Park, 16-year-old Sessegnon, who can play anywhere on the left, scored twice and continues to turn heads in his breakthrough season. He became the first player born in this millenium to score in the EFL earlier in the campaign, and even though his teammate Scott Malone was named in the Team of the Season, many Fulham fans believe Sessegnon is their best option at left-back. 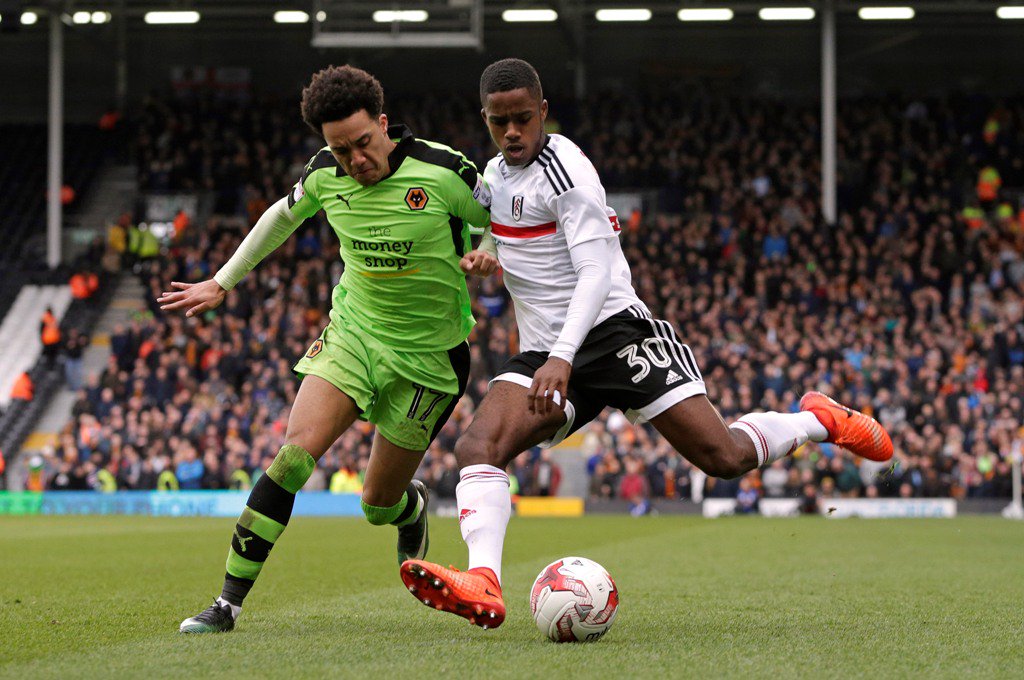 The defensive strength of Brighton and Leeds, the second and third best records in the division, have been richly and deservedly rewarded in the Team of the Season, but Newcastle have the best record and that should be recognised too.

Since arriving at the club for £5 million from Aston Villa, Clark has settled into the heart of Rafa Benitez’s defence with ease, and has shown his strength with a league-high 299 clearances. His positional sense has also helped him record 60 interceptions, and is a huge reason as to why the Magpies have conceded just 32 goals all season. 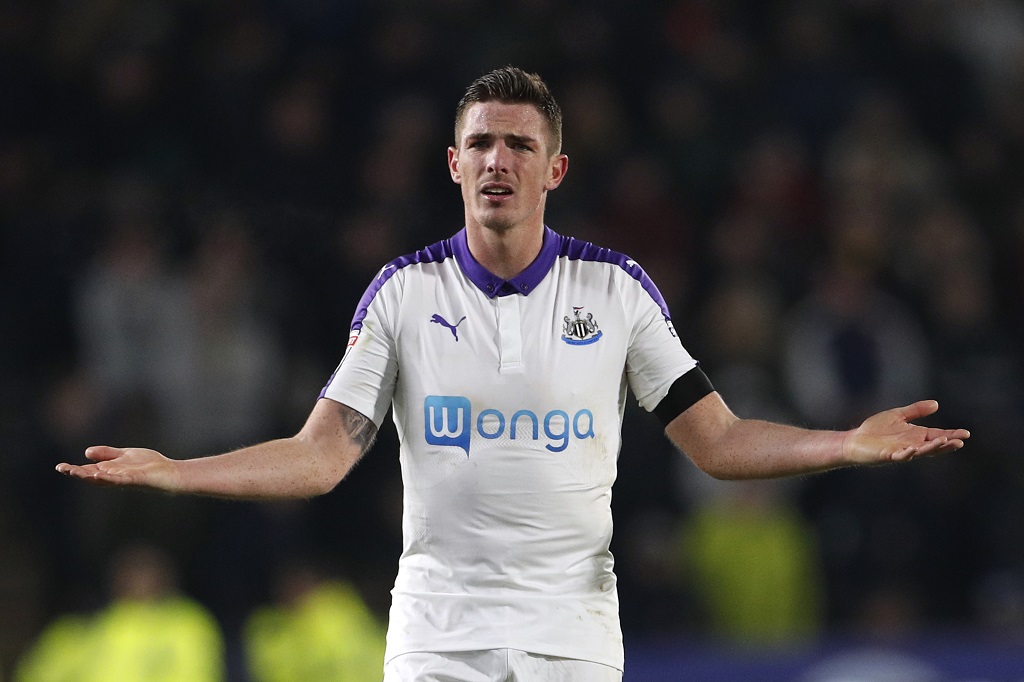 After joining Huddersfield for a club-record fee in July, Schindler, much like many other members of David Wagner’s side, has been outstanding and a key-component of the Terriers side that could well be playing in the top-flight next season after a 46-year absence.

Schindler is a giant at the back, and extremely strong in defensive positions. He hasn’t made a single defensive error all season, which, in 35 games and his first campaign in England, is extremely impressive. His tally of 72 interceptions and blocks is also up there with the best, and he’s a worthy Team of the Season candidate. 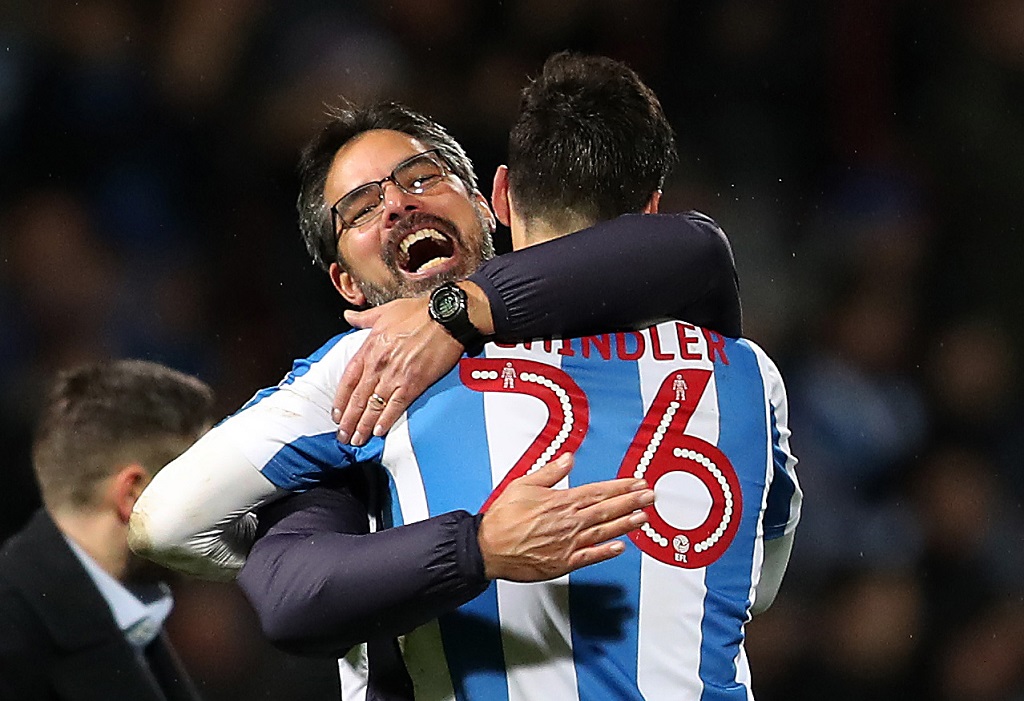 Moore was one of Jaap Stam’s first signing’s as manager, and highlighted the way in which he wanted his side to play. Although deployed often as a centre-back, the 24-year-old has also played at right-back and is more than capable in that role because of his excellent positional sense, and pace.

The former Leicester player has a passing accuracy of 81 per cent, and his ability on the ball is vital to the way Reading set-up. He comfortably brings the ball out from the back, completing nine of his 11 take-ons, but when his side are out of position and called upon to defend, he does that well too, especially in aerial battles. 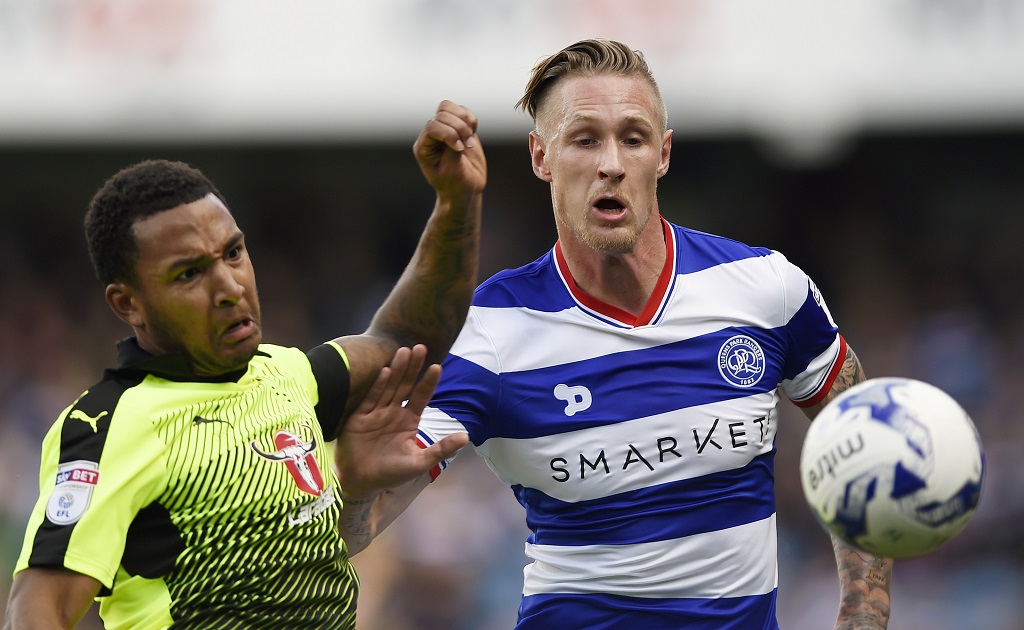 Cairney is one of the most noticeable absentees from the official Championship Team of the Season, and his stats surely suggest he is deserving of a place in the side. At times, Fulham’s young captain has been like a one-man show, hauling his team through games when they’ve maybe not been at their best or can’t find a breakthrough.

His ability to score spectacular goals cannot be ignored, recently rescuing a point at home to fellow play-off chasers Leeds in the last minute with a wonderful curling strike from the edge of the box. In total, he has nine goals in 35 games this season, but his tally of nine assists is also impressive and he should have been named in the Team of the Season. 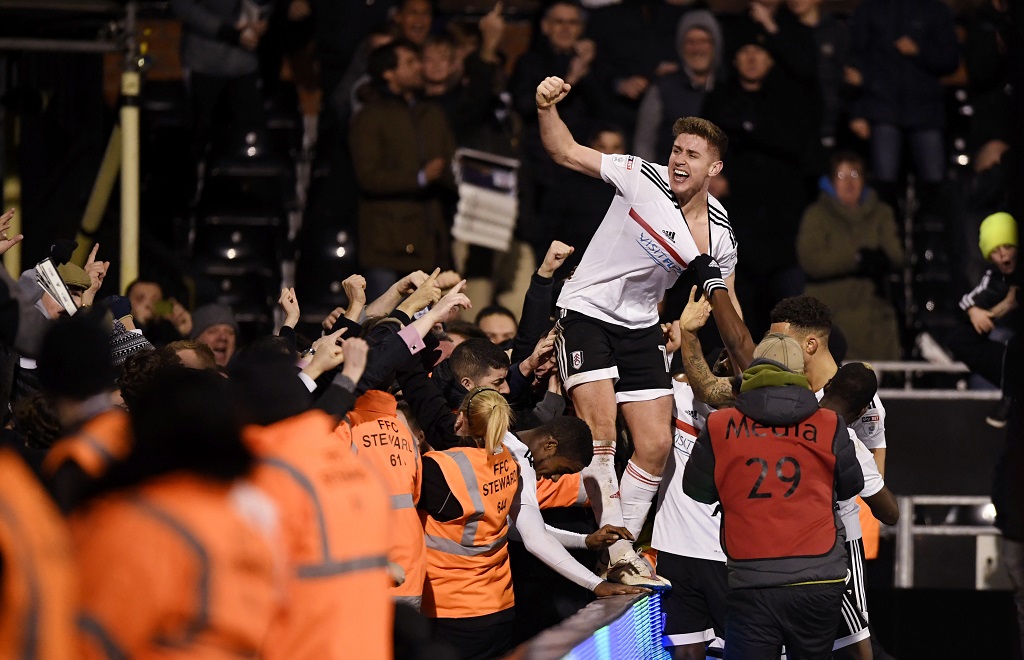 Hourihane has been one of the many stars in the Championship this season, and his form is made even more impressive when you remember it is his first campaign at this level after helping Barnsley win promotion via last year’s League One play-offs.

For the Tykes, Hourihane was their mercurial man, and since Steve Bruce splashed the cash to bring him to Villa Park, the 26-year-old has carried on his excellent form and helped his new side win five of their last six games. With six goals this season, helped by his brilliant ability from set-pieces, Villa have a man who could lead them back to the Premier League next season. 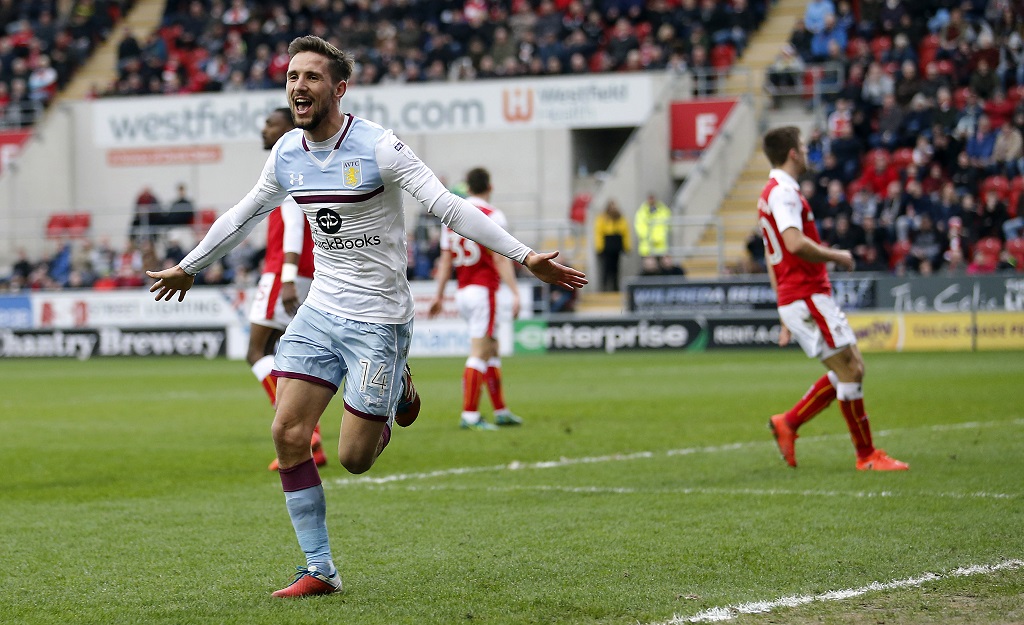 A debate that has raged in the Championship this season is who’s better, Anthony Knockaert or Matt Ritchie? Knockaert got the nod in the Team of the Season, but Ritchie’s experience and ability makes him so important to his side. His form this season will have been vital if Newcastle do manage an instant return to the Premier League.

He’s been almost ever-present for the league leaders this season, making 35 appearances, and created 74 chances, recording seven assists. With nine goals to his name as well, Ritchie can count himself unlucky not to be named in the Team of the Season, but the fact he should be back in the top-flight next year will soften the blow. 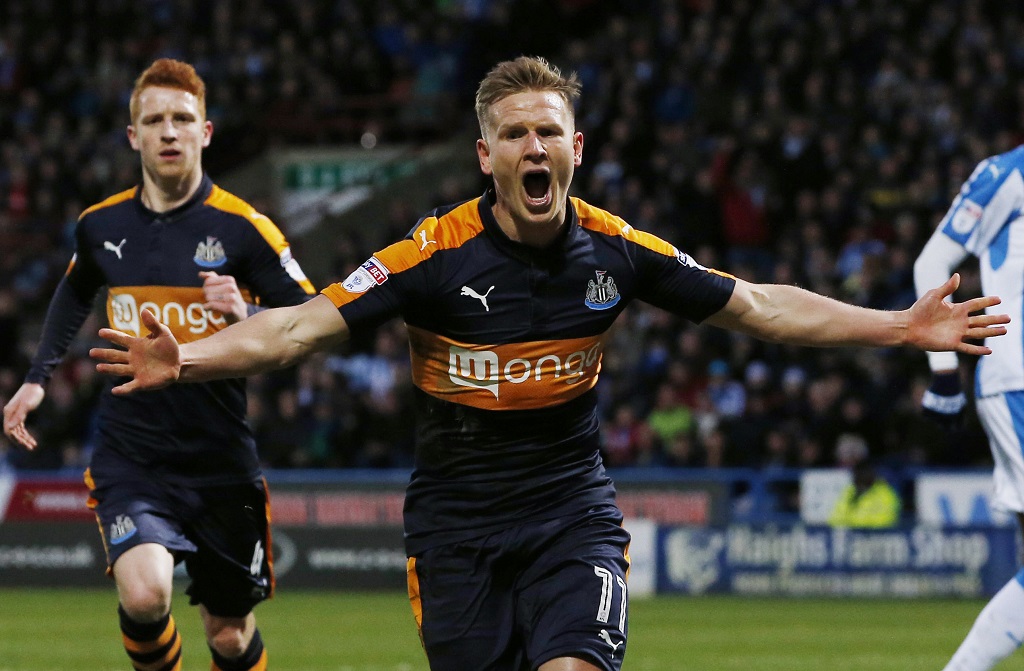 It is so hard to ignore the impressive work Huddersfield have done this season, and Kachunga, who made his move to Yorkshire permanent on Wednesday, has been excellent, and one of David Wagner’s finest performers.

The Democratic Republic of Congo striker often plays in wide positions, or across the front of the Terriers’ fluid attacking force, and has notched 11 goals this season since arriving from Ingolstadt. His tireless work-ethic vital to how Huddersfield play, and while Mooy and Smith have received the most plaudits, Kachunga’s exploits shouldn’t go unnoticed. 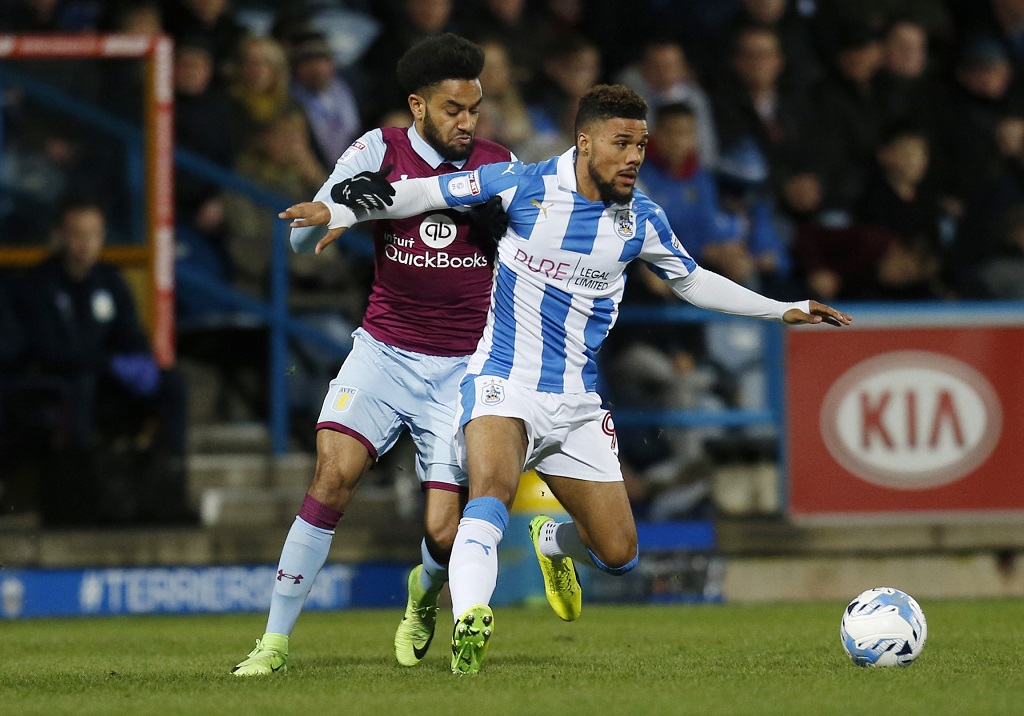 Murray, Gayle and Wood were named as the leading line in the Championship Team of the Season, and while they have all been in excellent goalscoring form this season, they’ve also all been in very good, play-off chasing sides. Tammy Abraham hasn’t.

Much like Cairney, Chelsea loanee Abraham is unlucky not to feature in the official best XI after a fabulous first season in senior football. Despite spending fewer minutes on the pitch than Murray, the Robins striker has scored one more goal than the Brighton frontman – mightily impressive in a Bristol City side that have struggled since Christmas. Murray has of course had a good campaign, but Abraham deserves his place in the Team of the Season. 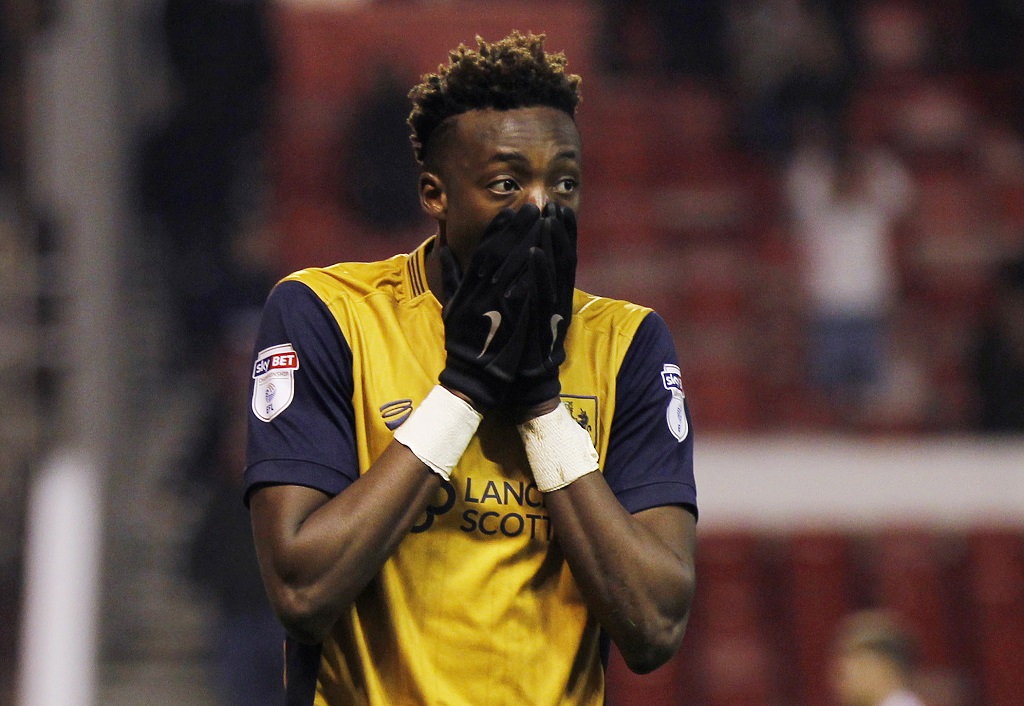 After a mass overhaul last summer, Kodjia, signed for £15 million, is the one Villa player who can hold his head high after a disappointing season that has failed to ever get going.

Since Steve Bruce arrived at the club, Kodjia has often been asked to play slightly out of position, in wider areas than he’s used to, but has performed admirably, scoring 15 goals and recording two assists. He’s also completed 57 per cent of his take-ons, proving he may have a future in the wide areas, and is not afraid to track back. A bright spot in a dull Villa season. 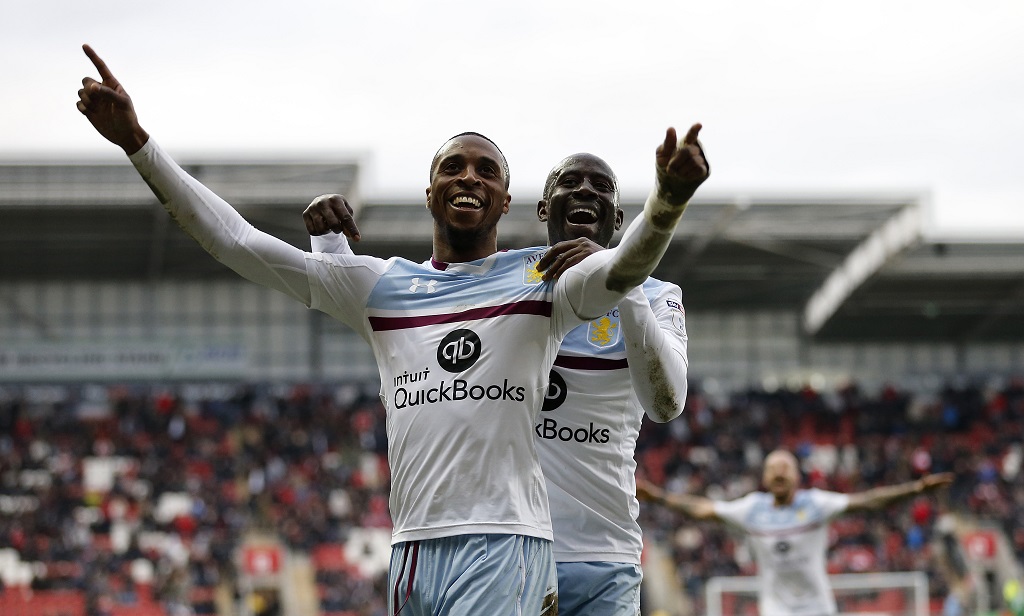 David Wagner was rewarded with his efforts this season and named manager of the Championship Team of the Season, but Leeds boss Garry Monk is just as deserving. He has transformed the club from a struggling mid-table side to one within touching distance of the Premier League once more.

The fact he has brought the club and its fans together once more should be applauded, and the team he has assembled will be one of the favourites in the play-offs.

It has been a season of frustration for Derby and their fans after yet more managerial changes and signings have failed to yield results on the pitch. One thing has been impressive about the Rams however, and that has been their goalkeeper. He’s kept 15 clean sheets this season and made 99 saves.

While his defensive partner Pontus Jansson steals a lot of the limelight with his passion and impressive displays, Whites captain Bartley has been a very assured figure at the back. He’s chipped in with four vital goals, is comfortable coming out from the back and has led by example all season.

Much like Bartley with Jansson, Duffy has been in Lewis Dunk’s shadow slightly this season, but the Republic of Irish international deserves a lot of recognition. He’s won a brilliant 73 per cent of his aerial duels, is much better with his feet than many give him credit for and is a threat from set-pieces.

The 29-year-old winger has had one of his best seasons in a long time, seemingly thriving under a role that allows him slightly more freedom. He’s completed 65 per cent of his take-ons, highlighting both his ability and confidence, and has scored a respectable eight goals.

After overcoming multiple knee-injuries that put his career in jeopardy, the ex-Rochdale forward enjoyed an excellent start to the season at Brentford, and scored 15 goals for the Bees before Villa took him to the Midlands. A worrying ankle injury has curtailed his return to form, but Hogan and Kodjia could be a partnership to fear next season.

Agree with our picks? Let us know @TheLeaguePaper.