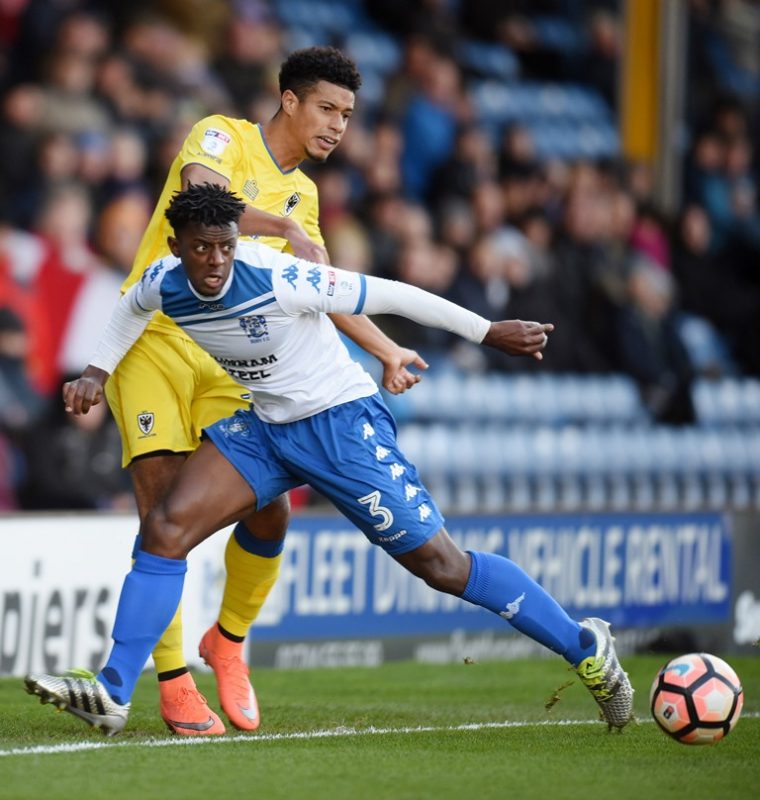 LEE Clark seems to be inspiring the whole Bury squad since taking up the managerial reins – and full-back Greg Leigh claims the new boss has particularly helped unlock his attacking talents.

A solid left-back for the early part of the season, Leigh has been transformed into a marauding wing-back since Clark’s arrival a month ago, culminating in his first goal for the Shakers, at the 43rd time of asking, in the 3-0 midweek victory over Bristol Rovers.

With his trusty 3-5-2 formation paying dividends, Clark led Bury to four wins and just one loss in his first seven matches in charge.

Despite a disastrous 20-match winless streak earlier in the campaign, the recent run had the Shakers six points and three places clear of relegation ahead of last week’s trip to Millwall, and Leigh is adamant Clark’s impact can’t be over-stated.

“The mood is good with the new manager. He’s settled in really nicely,” explained the 22-year-old. “He’s come in and been really honest. You know what he wants and you try your best to give that to him. It’s been a really good working relationship between him and the boys.

“When new managers come in, it often raises the tempo of training and games.

“Players want to impress and the injured lads want to come back.

“His own standards are very high, which is obviously a positive in a manager because it pushes players to the maximum.

“I am enjoying my new role. It’s something that suits me because I like going forward. I like defending – don’t get me wrong – but I like to get forward and use my attributes.

“I enjoy the role of wing-back a little bit more than left-back because it gives me more licence to get forward.”

Prior to Clark’s appointment, the Shakers had conceded an average of almost two goals per game, but the new boss has remedied that – with just four let in over the past eight games before the weekend.

Leigh knows that fixing the leaky backline was priority number one for Clark upon arrival.

“I think that has been the problem this season,” he said. “When you’re not conceding, it gives a boost to the defenders and also the forwards because they know they need only one goal to win the game.”

Since joining Bury from Bradford City last summer, Leigh has experienced what he describes as a ‘weird’ campaign, but the youngster is optimistic about the club’s chances of survival despite a tricky run-in.

“I feel like the league is different this year,” he added.

“I remember being in the league two years ago when you had teams like MK Dons and Bristol City running away with it at times.

“The teams at the top have done well this year, but I don’t necessarily think they’re as good as in previous years.

“One thing that hasn’t worried me is the players we have. We’ve got a very good squad and have done from the start.

“It’s been a bit disappointing the way we’ve played for large parts of the year.

“But I still believe the squad is strong enough to go into any game and come away with a result.”