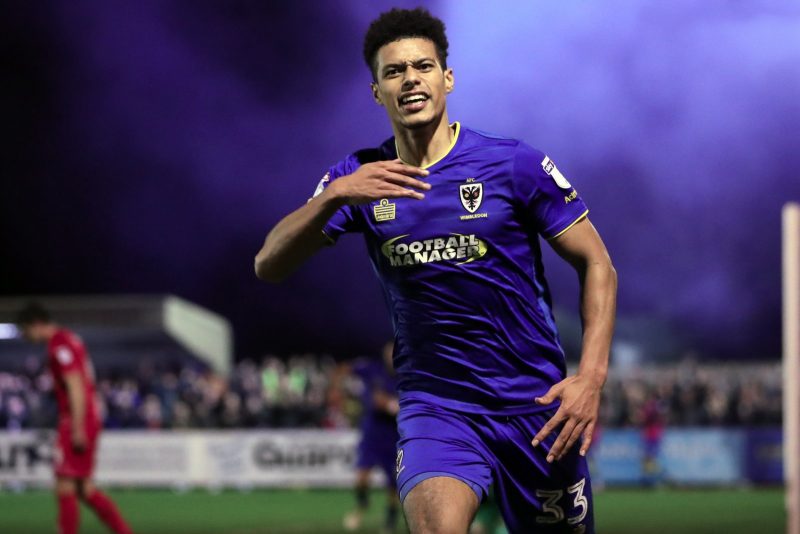 It was fast approaching 10.45pm on Tuesday night and the size of the challenge of fetching Lyle Taylor to fulfil his media duties had just become apparent.

An intoxicated Dons fan slipped on a spillage he probably created himself after his group of five delayed our interview even longer with another photo on the stage.

My outstretched arm saved the day. He scuttled off laughing and his friends poked fun. Taylor, clutching a large bottle of champagne given to him 45 minutes earlier for his man-of-the-match performance against MK Dons, watched on wide eyed at the rabble in front of him as he smiled at the state of the supporter on a school night.

Not that he doesn’t know why a few were a little worse for wear. That he totally gets.

It takes another ten minutes to shoehorn the striker away from the selfie-hunters.

Journalists could only wish the AFC Wimbledon players were afforded the same two-man security team that each of the MK Dons players were given.

A hero before, an icon come full-time. His display and goal during the grudge match to end all grudge matches added another part to the story which keeps on giving.

The upstarts from south west London’s first-ever victory against the club which, to all intents and purposes, bought their Football League place 15 years ago penned its own, most emotional chapter yet. Starting at level nine of the Pyramid in 2002, reincarnated, AFC Wimbledon moved six points in front of the club they dub ‘Franchise FC’. 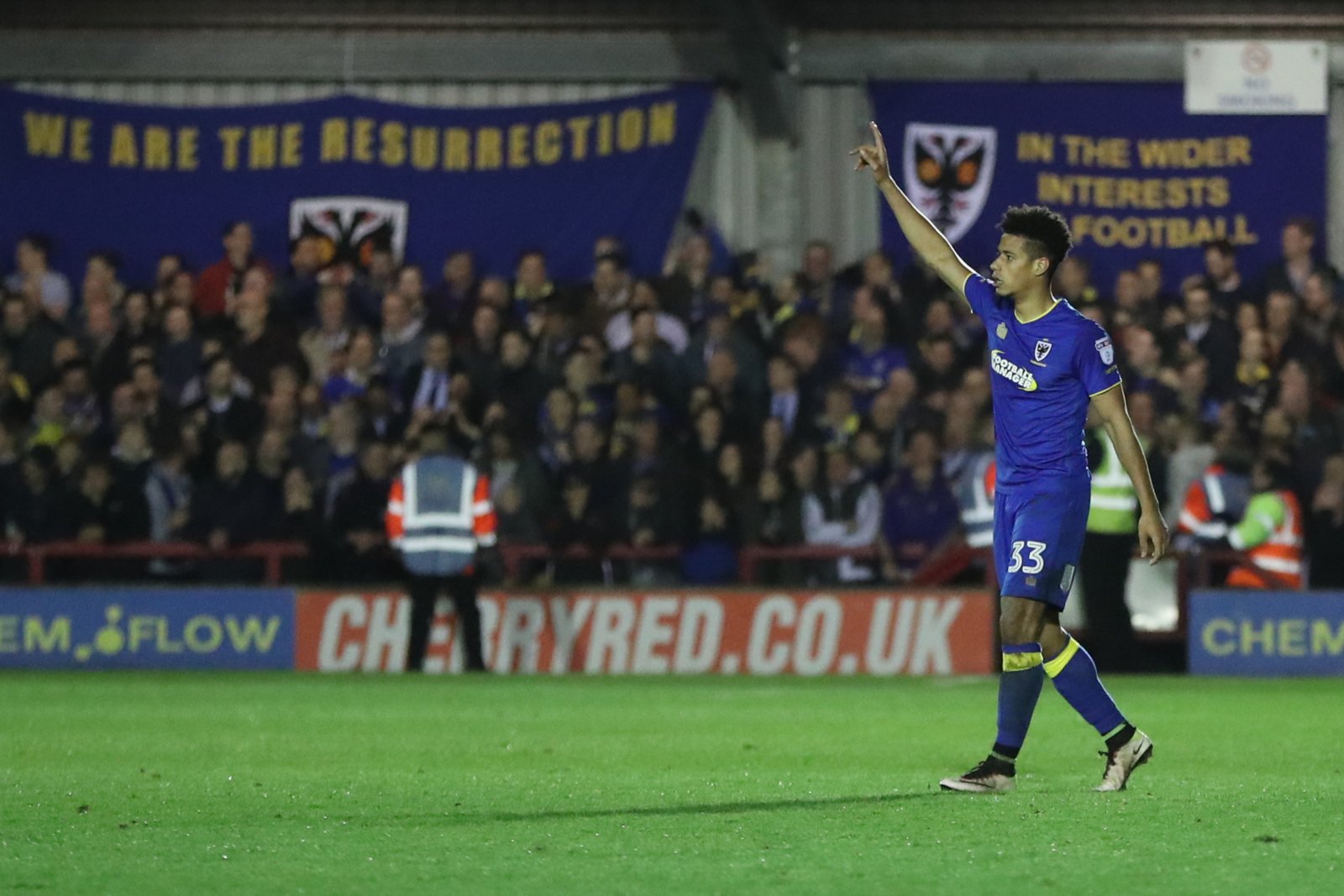 The club the FA instructed not to form had ticked yet another box. Never has a mid-table match attracted this much interest.

“Tonight I saw grown men crying,” said Taylor, who scored at Wembley to take the team to promotion against Plymouth Argyle last May. “Grown men don’t cry unless it’s something big.

“I had a quick chat with the club’s psychologist afterwards and he told me that’s three of the club’s biggest occasions and I have been the one to score. It’s an absolute honour and I’m so proud.

“We work so hard to create these days and to bring a smile to these fans’ faces. We knew how it would make them feel to win this. We feel it, too.

“I had a one-to-one with Ivor Heller (co-founder of AFC) a few months after I arrived.

“I wanted to know more about the club, the background to it and why it means so much to the fans. Why it is how it is.

“We all get taught about the history of AFC Wimbledon when we sign but I wanted to learn more behind it, how it was formed and what exactly happened back then and I’m really glad I found everything out.”

Wimbledon produced a clever timelapse of his goal that made it 2-0 midway through the second half after Jake Reeves had powered in the first.

As he runs, beating his chest you can clearly see Taylor say the words ‘this is my f*****g club’.

“Scoring a goal which you know means so much to so many people, it’s unlike any feeling when the ball hits the net,” he added.

“I’ve felt accomplishment from a young age in many different things. Small things, big things, but there’s nothing quite like that.

“It was very, very special and it was another landmark moment for this fantastic club. I’m just privileged to have played a part.”

Another queue had formed around us.

Smart phones in hand, he still had time to make a magical night even better.