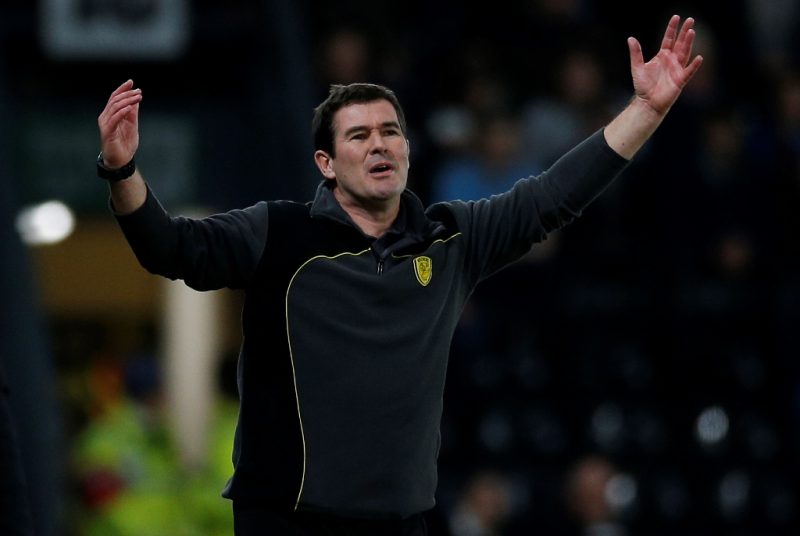 Burton Albion boss Nigel Clough is expecting the international break to be a ‘miserable two weeks’ to endure, as he looks to move on from the Brewers 5-3 defeat to Brentford.

Clough’s side had managed to contend with Blackburn’s revival under Tony Mowbray in the scrap to avoid relegation by boasting a six-match unbeaten run ahead of their test against the Bees.

Having taken a 3-1 lead into the half-time team talk, courtesy of a Marvin Sordell brace and one goal for Cauley Woodrow, the Brewers looked set to extend their run to seven. But by the hour mark Dean Smith’s side had brought the scores level, with Lasse Vibe and Jota combining late on to cap off an impressive four-goal display in the second half.

45 minutes which Clough confessed would take a while for him and his players to forget as the Championship takes a break amid World Cup 2018 qualifiers.

“It’s a long two weeks now to think about our second half,” the Brewers manager told Burton Mail.

“I hope the players have a miserable two weeks thinking about it and what we could’ve done, what three points would’ve done to the table.

“We are still out of the bottom three, just. It’s going to be like that for the next eight games. But you look at the next three coming up, it’s as tough a run as we have had all season,” said Clough.

Burton sit 21st in the Championship table, one point clear of the drop zone, and face away trips to Huddersfield Town and Newcastle United for their next two fixtures prior to hosting Aston Villa at the Pirelli Stadium.

With time to reflect and Clough demanding high standards from his squad, he remained positive about his side’s ability to regain momentum.

“I hope they react in the right way, as they have in the majority of the season, and come back with a strong performance and a greater desire in the next few games,” he said.

“We only have eight now to go. We are still out of the bottom three – but even a point against Brentford would’ve been a good result.