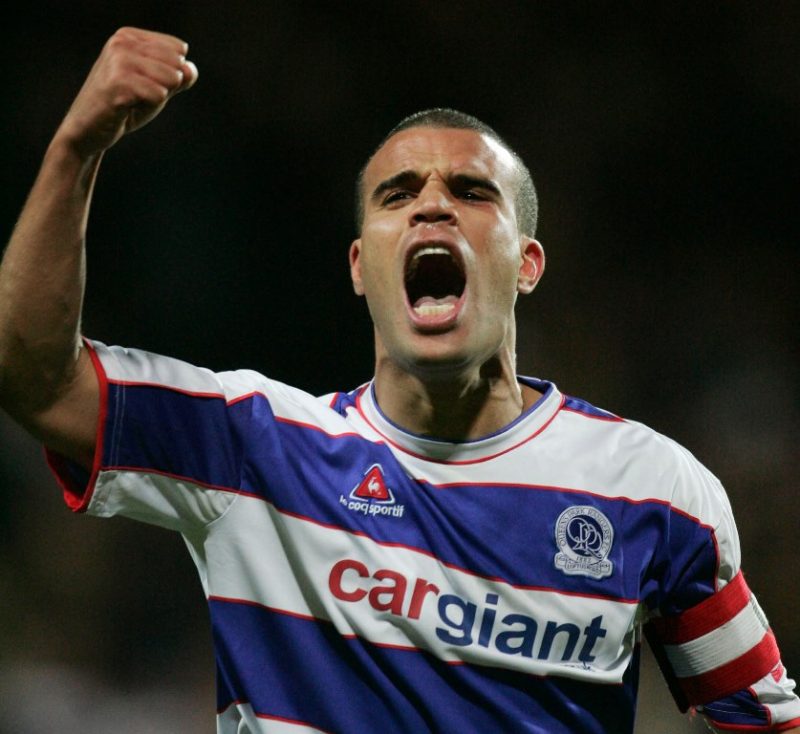 THESE days, Karen Carney is an international star of women’s football, capped more than 100 times for England with more trophies than a branch of Timpsons.

But ask the 29-year-old where it all began and one formative influence stands head and shoulders above the rest: Marcus Bignot.

“Marcus was a professional and QPR’s captain when I first met him,” said Carney last year. “He was my coach from age 11. I had unbelievably great parents, but he was my football father. I idolised him. He’s still my mentor now. To me, Marcus is football.”

Carney is not alone in her appreciation of the current  manager at League Two Grimsby after almost two decades in the dugout.

Alex Scott, Eni Aluko, Laura Bassett: some of the game’s most glittering lights credit Bignot’s precise and passionate coaching with their flowering on the global stage.

“I’d always played up front until I met Marcus at Birmingham,” recalls Scott, now a defender at Arsenal and a veteran of 123 England matches.

“When he first said to me ‘I want you to play full-back’, I laughed. I thought he was crazy. But he saw something that I didn’t, that nobody had. I made the move and never looked back. My career could have gone very differently.”

Few men can claim to have done more for the women’s game in England than the former QPR, Crewe and Millwall full-back, who is married to Arsenal and Republic of Ireland keeper Emma Byrne. Back when TV companies ran a mile, presenter Gary Newbon was claiming that “nobody in their right mind” would pay to watch it and even the participants were paying subs to play, Bignot was grafting at the coalface of a sport struggling for recognition.

Not that it was pure charity. Bignot described managing Birmingham’s women as his own version of Championship Manager, satisfying his craving to coach.

Released by the Blues as a teenager, Bignot had joined Telford and was immediately taken under the wing of a coach named Tom Stack.

“Tom got me into coaching and always believed in me,” said Bignot. “Even at 19 or 20, I was being told I’d got a career in coaching. For my part, I almost instantly fell in love with it. Those years at the Bucks Head with Telford kind of mapped out my career.”

Bignot was 23 when he moved into professional football with Crewe and just 24 when he was offered the chance to manage Birmingham City Ladies in 1998. For the rest of his career, this duality would persist.

Even as he was winning player of the year at Gresty Road, promotion with Rushden & Diamonds or skippering QPR to a place in the Championship, Bignot’s eye was trained on Ian Holloway or Dario Gradi, desperate for sessions and drills to copy.

“At Kiddy, under Graham Allner, I first saw how to manage a football club. Then, Dario Gradi took it to the next level,” he said. “I actually modelled the Blues on everything I learned from Dario.”

On the day Bignot took over there – recruited by the chairman after a chance meeting at a tournament – the club had one player on the books.

Luckily, that player was Carney. Bignot, assisted by Mickey Moore, hoovered up the best under-12s in the area and, seven years later, his club had two major trophies. More significantly, SEVEN of England’s Euro 2005 side came from Birmingham’s ranks.

“Marcus and Mickey were the driving force behind the rise in the club’s playing fortunes,” said former Blues CEO Steve Shipway. “They recruited young kids like Karen and Eni, turned them into internationals and we went from the Midland Combination to the Northern Division to the Premier League in four seasons. Women’s football in this country owes them a great debt.” 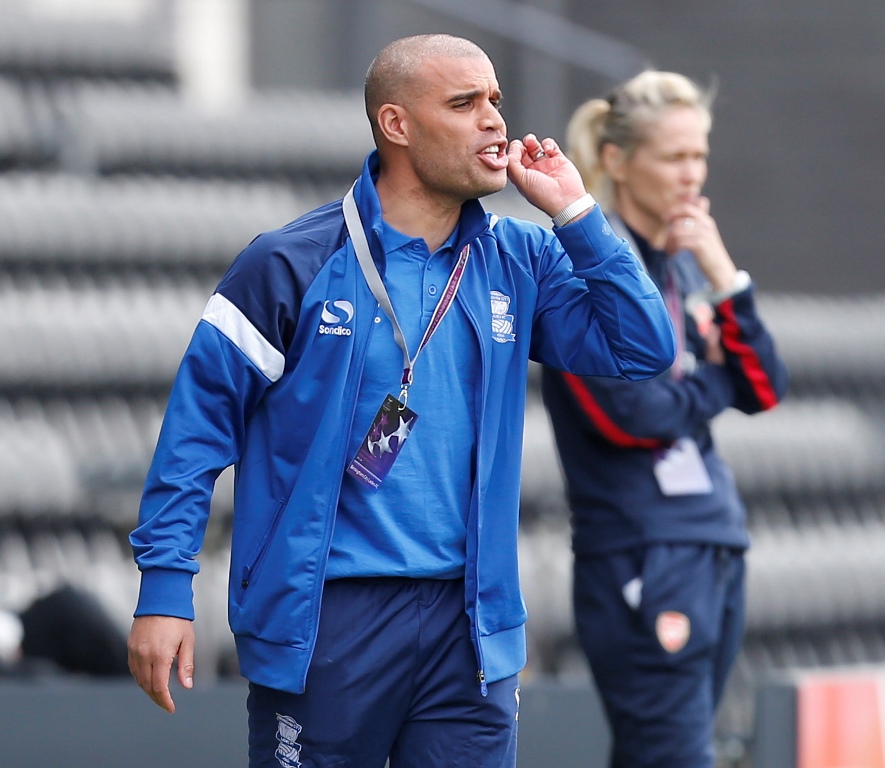 Pride of Lionesses: Marcus Bignot shouts instructions to his Birmingham Ladies team during their Champions League clash against Arsenal in 2014 (Photo: Action Images)

That unglamorous experience of managing on a shoestring later proved invaluable during a five-year stint as manager of Solihull Moors.

In 2011, his first year at the helm, accountants discovered a £60,000 debt and advised liquidation. Pay cuts averted oblivion, but Bignot realised an understanding of finance was critical if he was to succeed.

He made it his business to build not just a team but the infrastructure to support it.

While owner Trevor Stevens built function rooms and conference facilities, Bignot – in a dual role as director of football – founded an academy and more than 30 youth, women’s and disability teams. So invested was he in sustainability that, in an interview with the Birmingham Mail, Bignot even admitted his first question after a match was ‘How much did we take at the bar?’

Asked about his coaching achievements, Bignot said: “I look back on my playing career with pride, but I’ve always had more pleasure on this side.

“You get more satisfaction when you invest time in others and you see them succeed. One day I want to manage in the Football League and mirror my playing career.”

And, when Paul Hurst left Grimsby in November 2016, that’s exactly what happened.

Omar Bogle, the Wigan striker who scored 66 goals in 116 games for the Moors, says it is richly deserved.

“Marcus is incredibly hard-working,” said the 24-year-old. “And his attention to detail is incredible. He’s so thorough when he goes through things and so attentive with systems and the way we play.

“I think he has changed from our time together at Solihull. He’s even more assertive now.

“He’s taken his knowledge and coaching style to another level. Above all, he just makes you want to go out there and play for him.”

Playing Career: A right-back, Bignot was released by Birmingham at 18 and subsequently spent four years at Conference side Telford, scoring 14 goals in 149 games. A season at Kidderminster then yielded the Conference Cup before a club-record £100,000 switch to First Division Crewe in 1997. He made 95 appearances for the Alex and won the supporters’ player of the year award in his first season. After single-season stays at Bristol Rovers and QPR, both under Ian Holloway, Bignot joined Rushden & Diamonds in 2002 and won the Third Division title in the first of his two campaigns at Nene Park. He returned to QPR in March 2004 and, as captain, led the Hoops to promotion to the Championship. He remained at Loftus Road for four years, taking his total appearances for the club to 172. After injury-hit spells at Millwall, Oldham and Kiddy, Bignot retired in 2010.

Managerial career: Named coach of Birmingham Ladies in 1998, Bignot spent seven years with the Blues, winning the Midland Combination and the Northern Premier League. He was also named  Birmingham FA’s coach of the year in 1998. Bignot left in 2005 and resurfaced as manager of National League North side Solihull Moors in 2011. Around this time, he was also re-hired by Birmingham Ladies as an adviser ahead of the new WSL. The Moors won the National League North in 2016. After a solid start in Non-League’s top flight, Bignot was named Grimsby boss in November.

*This article originally featured in The FLP’s 12 March 2017 edition. 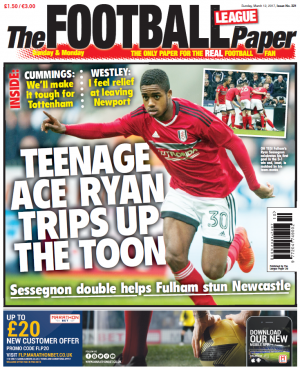