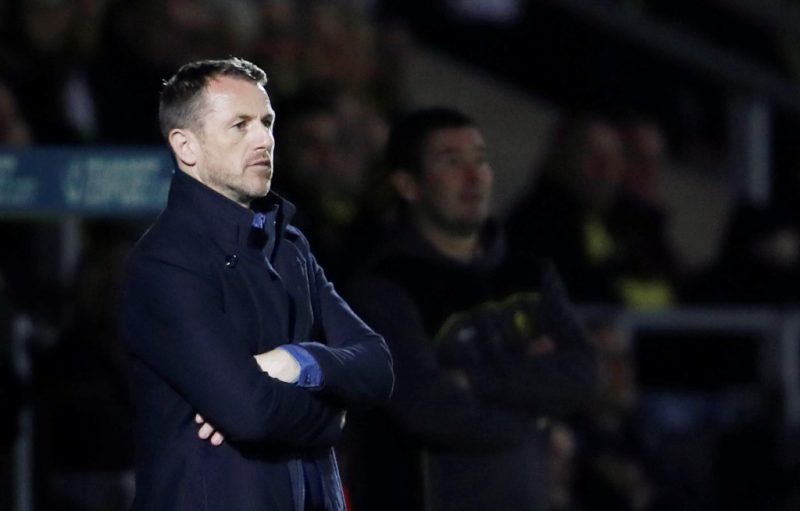 Derby County have confirmed Gary Rowett as their new manager on a two-and-a-half year deal in time for their crunch clash with rivals Nottingham Forest on Saturday.

Rowett described the ‘special bond’ he shares with the club borne from his time as a player at Pride Park during the 1990s, when he made 105 appearances.

The former Birmingham City boss is now tasked with building upon the rescue act performed by McClaren in his second spell at the club, who oversaw the club’s rise from 21st in the Championship to their current standing of 10th.

McClaren was sacked by the Rams on Sunday following an abject performance at the Amex Stadium on Friday evening, where they were beaten 3-0 by Brighton & Hove Albion.

In a statement posted to Derby’s official website, new boss Rowett said: “I’m naturally thrilled to be appointed as the manager of Derby County and can’t wait to get started.

“I feel that I have a special bond with the club having been here as a player. During that time, we tasted success when we were promoted to the Premier League and moved to Pride Park Stadium under Jim Smith.

“Living in the local area, I understand the expectation of the fanbase and it goes without saying that Derby County has fantastic and committed supporters.

“I am fully aware of the playing squad here and I am looking forward to working with them all first hand.”

Rams owner Mel Morris has made Rowett, 43, his fifth manager in 13 months and said: “We are delighted to welcome Gary Rowett back to Derby County as our new manager.

“Gary is being tasked with, and has the full responsibility for, leading our redevelopment programme. Gary, of course, played for us for three years during his playing career, lives in Derby and is passionate about our football club.

“He is an exemplar of the qualities and values we want in our team and has clearly demonstrated his abilities to get that from his players too.

“I am sure that all of our supporters, staff and players extend their unequivocal support and best wishes to Gary and his staff,” Morris said.

Rowett’s first game in charge will be the East Midlands derby clash away at Nottingham Forest, who themselves have appointed a new manager in Mark Warburton on the same day as Derby’s announcement.