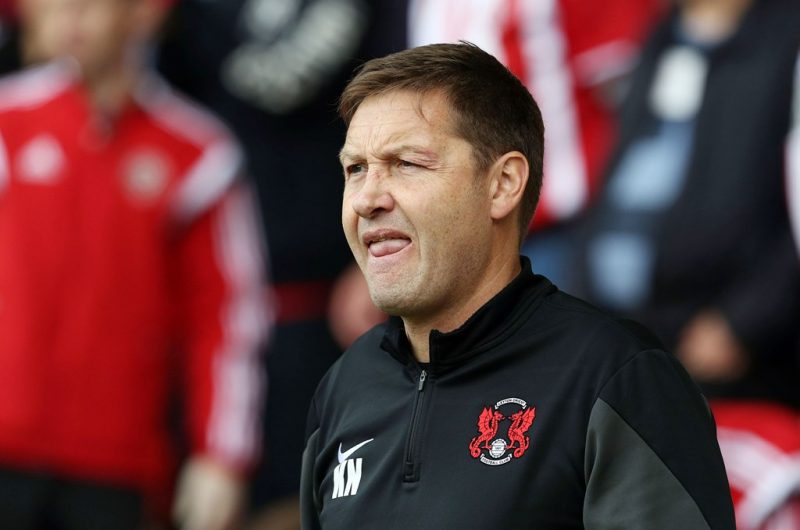 KEVIN Nugent has spent a career slogging in the shadows. As a totemic centre-forward, he was always the brickie, never the architect.

As a coach at Swansea, Leyton Orient and Charlton Athletic, he was the civil servant, never the flamboyant front bencher.

The kid who dreamed of starring for Spurs but ended up at Leyton Orient. The caretaker who craved the top job, yet was forever overlooked.

From the day he scored on his Orient debut, in a freezing rain storm against Scarborough in 1987, to the last knockings at Swansea two decades later, fans frequently questioned his worth and potency in front of goal.

Even at Orient, the club he served for more than ten years, Nugent rarely received the appreciation his pivotal role in Russell Slade’s coaching set-up merited. Headlines were rarely his.

Yet, if Nugent’s quiet diligence largely passed the public by, it was never missed by those who worked alongside him.

At Orient – who’d spotted him playing Sunday League at 13 – manager Frank Clark called the Enfielder “a terrific lad, with a terrific attitude”.

Later, after 30 goals for the cash-strapped O’s earned a £200,000 switch to Peter Shilton’s Plymouth in 1992, current Rochdale boss Keith Hill saw first-hand the value of Nugent’s muscular graft. “Kevin was brave enough to wear that No.9 shirt and, because of that, people perhaps expected a lot more goals,” said Hill, part of the side beaten by Burnley in the 1993-94 play-offs semis.

“But his real value was as a foil. When we had Stevie Castle and Paul Dalton scoring 25 each, the majority of those goals were down to Nuge providing the service. He was very brave, very brainy, and he played that role exceptionally well.”

At Cardiff, then struggling in the Third Division, Nugent enjoyed perhaps his finest spell, earning the club’s player of the year award, captaincy, a promotion in 1999 and made a memorable impact on a teenage Rob Earnshaw.

“Kevin was in the first team when I came through and he was great to me,” said the former Wales international, now 35 and coaching in Canada.

“He was in his late 20s or early 30s by then and he was great at taking the time to teach you the game. When I was on the pitch, he’d be telling me what to do or when to do it, when to make a run or when to hold back, what to look out for. And he wasn’t shy when it came to putting me firmly in my place.”

Nugent embraced seniority and would continue to do so along the M4 at Swansea, playing in the famous 4-2 victory over Hull that averted relegation to the Conference – the legendary Great Escape of 2003 under Brian Flynn.

“What Kev did could easily go unnoticed,” recalled James Thomas, the local striker whose hat-trick that day saved Swansea skins.

“But not by me. He was the type of player any centre forward enjoys playing alongside. He would get stuck in, hold the ball up well and you could make the runs off him.

“Though his legs had gone when he came to us, he made up for it in other departments. He was a cool head, a great target man, and I think in the situation we were in it was key to have a man like that up top, to keep the ball ticking over like he did.” 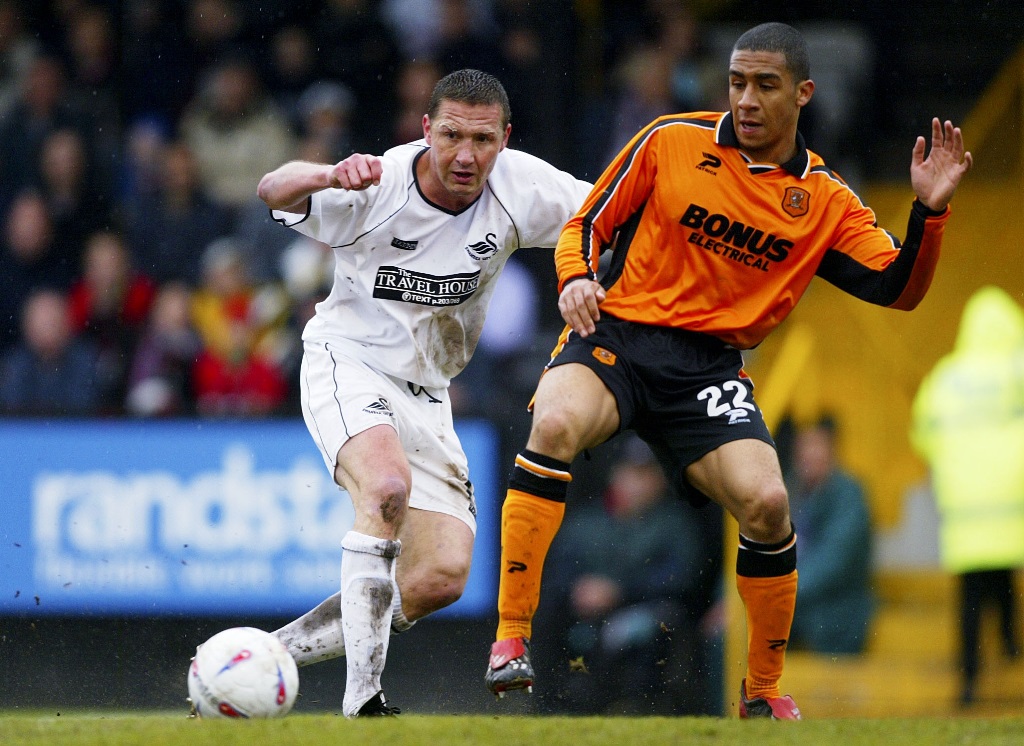 For his part, Flynn greatly valued not just Nugent’s ability to handle the “rough and tumble” of lower league football but his calming influence on younger players.

So, ultimately, did his successor Kenny Jackett, who, having initially released Nugent in 2004, re-signed him as player-assistant just a month later.

“I want to learn the trade,” he said of his new life in coaching. “I’m starting from the bottom and I’m sure I’m going to make a few mistakes along the way. But I’ll work very hard.”

And he did, first at Swansea, then back at Orient under Martin Ling, Geraint Williams and – most influentially – Russell Slade. In 2014, the duo took Orient to within 90 minutes of the Championship.

“He was excellent for me,” recalls Alex Revell, the striker who spent two years at Brisbane Road before leaving to join Rotherham in 2011.

“You can always tell how good a session is from the reaction of the lads and, whenever Kev put something on, it was great. You could see people thinking and enjoying themselves.

“To look at, he’s this big imposing character. As a player he was a pretty tough guy. But he never tried to intimidate anyone. It was all about encouragement and positivity.

“He never made a big thing out of mistakes. He just wanted to improve people, which is exactly how a coach should be. He wants football to be fun.

“He improved me no end, probably because he’d been the kind of striker I am. And it says everything about him that whenever he sees me, he still wants to chat and find out if he can offer any little bits and pieces to help me.”

Since 2007, Nugent has had FIVE caretaker spells – one at Swansea, three with Orient and most recently at Charlton – without making the step up. Now he has been handed that chance at Barnet.

“I keep in touch with Kev,” said Hill. “And I know he’s enjoyed stepping into the breach. He’s done the apprenticeship, he’s worked with some good managers. He’s more than well-versed in what it takes to manage and now he’s at a very good club. I’m pleased for him. It’s overdue.”