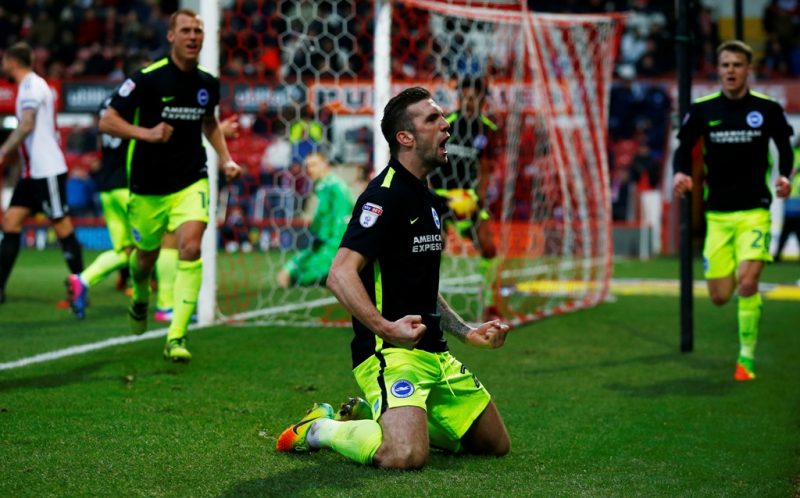 Brighton have been dealt a massive blow to their promotion aspirations after the news that centre-back Shane Duffy faces at least six weeks out injured.

After signing for a club-record fee in August, the former Blackburn and Everton defender has been ever-present in the heart of the Seagulls back-line this season, but broke a metatarsal against Nottingham Forest on Saturday and will be out of action for some time.

It has been a terrible week for Chris Hughton’s side, who were beaten by two late Newcastle goals last Tuesday and thrashed 3-0 by Forest on Saturday, and Duffy’s injury is the latest setback.

Speaking to The Argus, Hughton said: “He’s fractured his fifth metatarsal and will have an operation probably tomorrow.

“We’re probably looking at a minimum of six weeks. He’s a big loss.”

Duffy, who has become a fans favourite since arriving in Sussex, has formed a formidable partnership with Lewis Dunk, and Brighton’s defensive strength is a major reason for their excellent season so far – but that will be tested in the coming weeks.

The Republic of Ireland international joins fellow defenders Gaetan Bong (knee) and Seb Pocognoli (groin) on the sidelines, while Connor Goldson is out for the season after the discovery of a heart issue.

Brighton visit bottom club Rotherham tomorrow, with Uwe Hunemeier expected to replace Duffy alongside Dunk, and Hughton knows a win is imperative – for team confidence and to keep their promotion assault on course.

Speaking after the disappointing weekend defeat, Hughton told The FLP: “There is a group of teams behind us that are going to get a lot of wins and we need to make sue we get back on track.

“We are going to have to show we can handle the pressure. It is always there and we have to deal with it.

“We have to win at Rotherham on Tuesday night.”