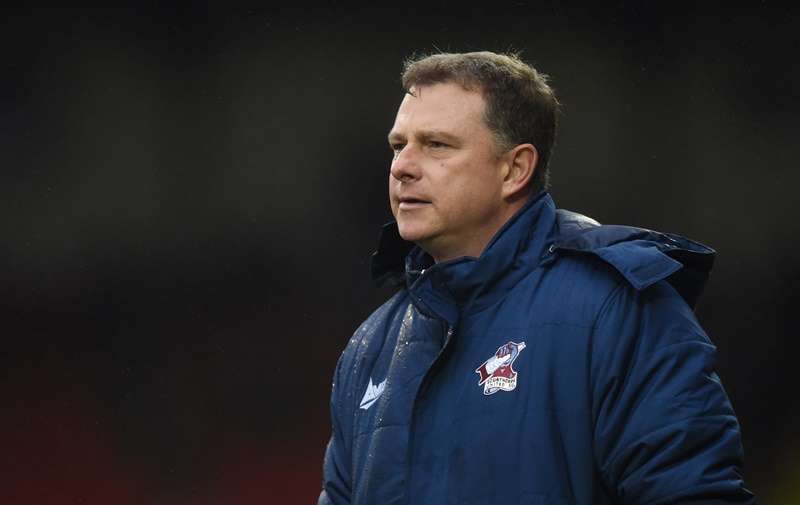 Robins, 47, enjoyed a short spell with the Sky Blues between 2012 and 2013, endearing himself to the fans by transforming the side from relegation candidates to play-off chasers.

He is now back for a second spell, with the club rock bottom of the division, and has signed a deal that will ‘extend beyond the end of the season’ after Slade was relieved of his duties.

Speaking to the Coventry’s official website, Robins said: “I’m delighted to be given the opportunity to return to Coventry City FC and really excited by the challenge ahead.

“I know the club well and it has been especially difficult to watch the struggles of this season from afar.
“My aim is to provide a change of fortune for this football club in the long-term, and build a team not only for now, but for the future of Coventry City.”

Robins becomes the fourth manager Coventry have had this season, and he and the club’s fans will be hoping for a vast improvement in recent results.

Slade mustered just three victories in 16 games after taking over from Mark Venus in December, and although the former Cardiff and Charlton boss did lead the side to the Checkatrade Trophy final on April 2, the Sky Blues are now 13 points off safety in the league.

Robins left Coventry for Huddersfield in 2013, and spent a year with the Terriers before being sacked on the opening day of the 2014. Another short spell at Scunthorpe followed, and he is now back Ricoh Arena preparing himself for the visit of fifth-placed Bradford on Saturday.