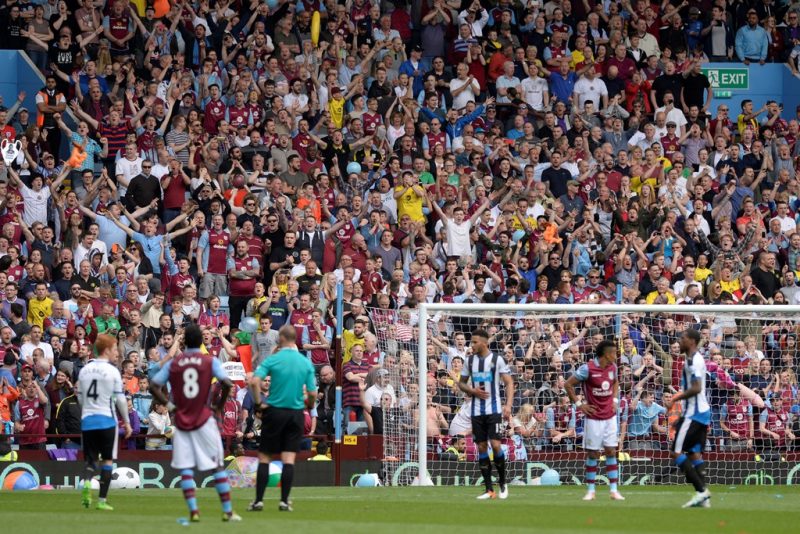 Aston Villa have released their accounts for the 2015-16 financial year which show the club recorded of total loss of £81.3million.

The figures relate to the last year of Randy Lerner’s ownership in which losses more than trebled from the previous year’s loss of £26.6million.

Villa have attributed the steep increase to the Premier League paying them a smaller share of money based on broadcasting agreements and their final league standing.

Villa have claimed that their real operating loss is £1.6million and not £81.3million, stating that the £79.6million difference is related to ‘exceptional items’.

These items include business rights, property owned by the club, and players and staff who had their contracts terminated, among others.

Despite the accounts making for bad reading they have not stopped new owner Dr Tony Xia from spending over £62million on new recruits since completing his takeover in June 2016.

Xia, who would have gained access to Villa’s fiscal liabilities during the process of his takeover negotiations, has worked to bring in strikers Jonathan Kodjia, Scott Hogan, Ross McCormack for large sums in order to compete in the Championship. While bolstering the team’s defences by signing James Chester and Tommy Elphick.

Yet, since a revival under Steve Bruce at the very start of his tenure saw the struggling Birmingham outfit rise to 9th in the table, the Villans have endured a dire start to 2017 by losing eight of their past nine league matches.

Home gates at Villa Park have, however, remained around the 33,000 mark – similar to the average crowds for the club’s past two seasons in the Premier League – showing that the supporter base remains undeterred by the club’s first relegation in 30 years.