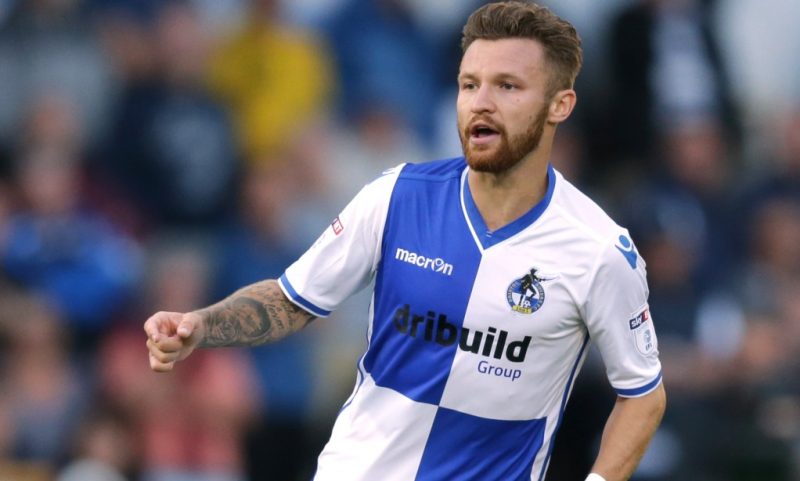 Bristol Rovers are set to launch an official complaint to the Football League after striker Matty Taylor left the club and joined bitter rivals Bristol City.

Taylor, 26, made the stunning move on Deadline Day after the Robins met his reported £300,000 release clause; details Rovers claim City somehow knew before making an offer.

EFL rules suggest that this sort of information should remain confidential, and cannot be disclosed to any other clubs, and BBC Radio Bristol has reported The Gas have contacted the league’s legal department.

Taylor’s move has caused uproar among Bristol Rovers fans, who were left staggered when their talisman decided to join Lee Johnson’s side; the first player to directly move between the two Bristol clubs in 30 years.

After joining the club in 2014, when Bristol Rovers were in the National League, Taylor scored 20 and 27 goals in his two full seasons at the Memorial Ground, and has 19 in 33 this season.

That sort of form in front of goal could be vital for a Bristol City team who, despite that finally putting an end to eight straight league defeats on Tuesday night, are still struggling at the wrong end of the Championship.

Manager Johnson said after Taylor’s move: “I think we’ve got ourselves a natural goalscorer.

“It’ll be a big step up in standard for him, but he’s been able to deal with every challenge that’s been thrown at him so far in his career.”