Home / Featured / Bradford and Southend to duel over Ajose’s signature

Bradford and Southend to duel over Ajose’s signature 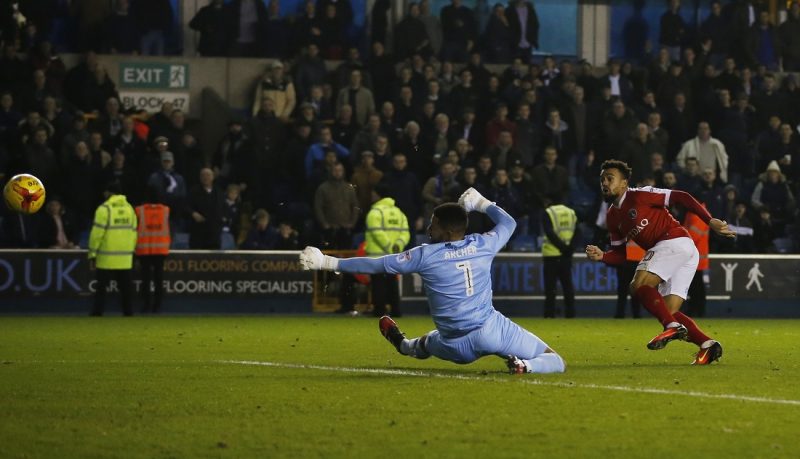 Bradford City are lining up a last-minute dash to sign Nicky Ajose after being warded off target Charlie Wyke by Carlisle United.

The Bantams continue to negotiate with the Cumbrians as they seek a replacement for striker James Hanson who joined promotion rivals Sheffield United earlier in the window.

But should Carlisle hold out on their ‘not looking to sell’ approach with promotion ambitions of their own, Bradford may look towards Charlton’s Ajose, 25, as an alternative option.

Despite the signing of West Ham academy product Frank Nouble earlier this month, Southend boss Phil Brown is on a seemingly perennial search for a striker having already signed five since last summer.

Brown has been boosted by goals from midfield through Anthony Wordsworth, Stephen McLaughlin and Will Atkinson, which have complemented Simon Cox’s run of 5 goals in his last six games.

With Southend short in the budget department and Ajose an £800,000 arrival at The Valley only six months ago, Brown is weighing up a loan move for the ex-Swindon hotshot who bagged 24 goals in League One last season.

The Addicks forward has dropped to number three in the striking pecking order under Karl Robinson after scoring 7 goals in 28 appearances this season, with Josh Magennis and Tony Watt the preferred options – though the former is currently out injured for three weeks.

Addicks boss Robinson commented on Ajose’s absence from the first-team a fortnight ago, saying, “Nicky is a good goalscorer. He just needs to keep working hard. As a manager you make decisions – you don’t make everyone happy.

McCall on Wyke latest: "It's ongoing."
Difficult to say much else but sounds like #bcafc still pushing hard…