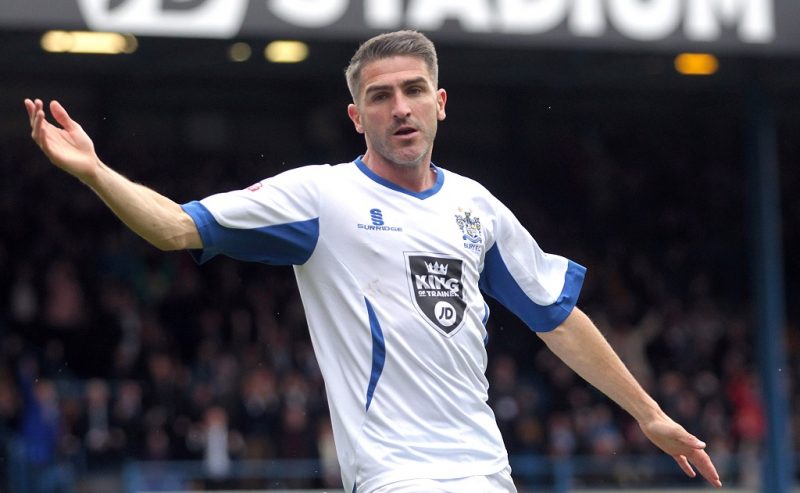 Veteran Crewe striker Ryan Lowe has left the club to rejoin League One strugglers Bury as a player-coach.

The 38-year-old hitman left the Shakers in August to join Alex, and has scored nine goals in 28 appearances so far this season, but there have been rumours of a move back to Bury since December.

After Lowe spoke about his disappointment not to be consulted over the recent managerial change at Gresty Road, tensions were rising, and Lowe’s return to the club where he has scored 64 goals in 143 games is complete.

The departing striker told Crewe’s official website: “I have a long association with Bury and the coaching staff understood that it was an opportunity that I really couldn’t turn down.

“Coaching is something I want to get involved in and everyone knows that Bury holds a special place in my heart.

“I was out of contract in the summer, and at my age, I had to look towards the future. It is just a shame that the opportunity has come now.

“I didn’t want my Crewe career to end that way and I can only thank the Club and the fans for everything they have done for me. I’ve always enjoyed my time at Crewe and the fans have always been great with me.”

Lowe will assist Bury Head Coach Chris Brass after he replaced David Flitcroft, who was sacked in November after a run of 14 games without victory.