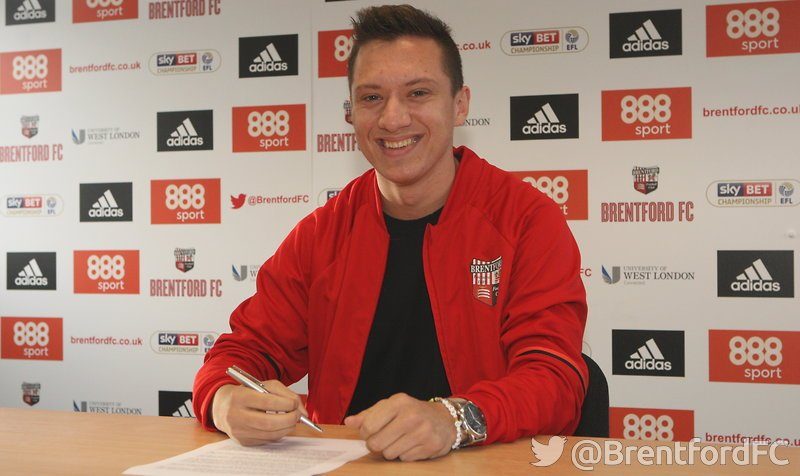 Brentford have signed the grandson of two-time World Cup winner and Brazil legend Garrincha for their B team.

18-year-old Henke Johansson rejected offers from his homeland of Sweden to join the development set-up at the Championship club on a two-and-a-half year deal.

With high expectations an inevitability, Brentford’s head of football operations Robert Rowen expressed his pleasure at acquiring the winger – the same position as his notable grandfather.

“I am delighted we have added Henrik to our group,” Rowan told the club’s official website.

“He’s had a good couple of years in Sweden at club and international level, which initially brought him to our attention.

“We invited him to train with us in December for a few days where he really impressed the technical staff. Henrik is a wide attacker who is intelligent in possession, quick, direct and a good finisher.

“There are areas that the staff and Henrik will need to work on in order for him to further his development and they will plan that with him in the coming weeks.”

Johansson rejected the offer of a renewed contract from his old club Halmstad, where he attracted the attention of Brentford for his form last season; contributing 27 goals (16 goals, 11 assists) for their Under-19 academy team in 46 appearances.

Capped by Sweden a youth international level, Johansson will go some way to garner the same success his grandfather achieved in his career.

Lifting the Jules Rimet trophy in 1958 when, ironically Brazil beat Sweden, turning provider on two occasions to help the South American nation complete a comeback after going 1-0 down.

Going one further in 1962 by defending his country’s title in Chile and being named Player of the Tournament.